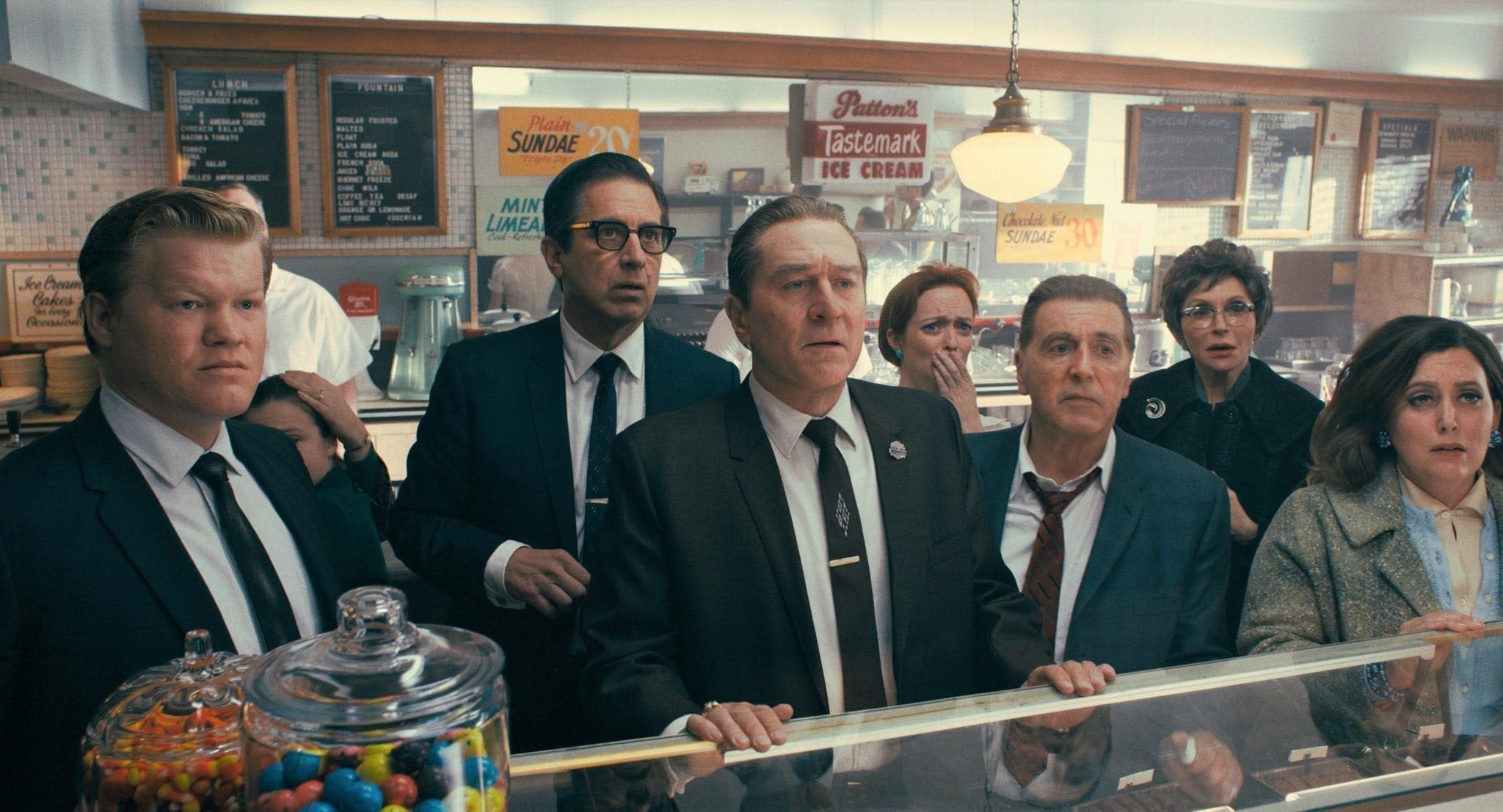 Mob movies have been around for a long time. Mobsters are the perfect villains for audiences to love and hate. You loathe their tactics, but you admire their ambition and ruthless tenacity to get things done. Up to a point. You don’t condone murder as a solution to difficult problems, yet it somehow seems unavoidable. Eventually, as these stories always play out, things go south or escalate beyond a reasonable measure. People get arrested or killed and the story ends for the ones we know. The ones that knew them move on and either lay low or pick up the story where it left off.

Sometimes it’s hard to know what to believe, but when real lives are involved you tend to accept a good deal of the details as facts. Someone goes missing so the worst must be true. The cops are after them so they must have done something wrong. The only thing we know is what we are told and even that can be full of misinformation and contradictions. It can all sound like an exhausting conspiracy with no real conspirators. Everybody is either too loyal or too afraid to confirm or refute what’s been discovered. What we know for sure is that crimes were committed. Unions, mobsters, politicians, and cops were involved. The rest is one man’s recollection of events as he understands them.

In The Irishman, directed by Martin Scorsese, Frank Sheeran (Robert De Niro) is a meat truck driver living in New York with his family in the 1950’s. Frank is always looking to find creative ways to make extra money. His criminal endeavors bring him in contact with one of New York’s most powerful mobs. Russell Bufalino (Joe Pesci), a quiet, pragmatic man that is respected and feared by anyone he takes a cut from, immediately takes a liking to Frank and they strike up a working relationship. As Frank ingratiates himself with Russell and the higher ups in the business, he becomes trusted and useful. This is how he meets Jimmy Hoffa (Al Pacino). Jimmy is the President of The International Brotherhood of Teamsters, a union that counts its members among truck drivers all over the country. Jimmy is a man that enjoys the power his position affords and is often too arrogant to see anyone else’s point of view. As the years pass by, the lives of Frank, Russell, Jimmy, and many others become entangled in a crisis that can only go in one direction.

Martin Scorsese has been trying for years to get this film off the ground, but no studio would foot the bill. Netflix tends to say yes to just about anything; but in this case, they made a good investment. Scorsese got the ok to make the film how he saw fit and what he wanted was to make a three-and-a-half-hour movie that spanned decades of events. It’s easy to balk at that long of a movie and look for something else to watch, but I believe every scene he gave us is time well spent. Also, in the era of binge-worthy content, this should hardly be a challenge.

One of the most striking aspects of this movie, and something that you would normally not say about any Scorsese film, is how good the visual effects are. Scorsese did not want different actors to play the same character. So, he spent his time, and the majority of the budget, de-aging the main characters whenever needed. The result is a practically perfect execution of that technique. I briefly began looking for flaws in the technology as the movie started; but the longer the story went on, the more I just believed that I was watching a Robert De Niro from 1996. Or a Joe Pesci from 2000. It works really well, and it helps maintain a connection between all moments in time. Using other actors would not have allowed that kind of narrative cohesion.

The entire story is told from Frank Sheeran as an old man. So, you know at least he doesn’t die. Everything that leads up to him surviving this dangerous lifestyle is another story. His connections to the mob and how they affect his family, particularly his oldest daughter Peggy, create an endless cycle of drama that Frank must deal with directly or indirectly. How that relates to Jimmy Hoffa is also, obviously, a huge portion of the film. Jimmy is no stranger to conflict and, with close ties to Russell Bufalino’s organization, sometimes he needs Frank to take care of dissent. The politics of the 50’s and 60’s in the U.S. are another element of the overall story. You can’t have mobsters without the government far behind.

The Irishman is based on a narrative, nonfiction story written by Charles Brandt, a homicide prosecutor, investigator, and defense attorney. His information is obtained from Frank Sheeran when he supposedly confessed to the killing of Jimmy Hoffa. There are corroborations of Frank’s story and people who say they can prove his confession is a work of fiction. Take all this with a grain of salt. At the end of the day, what this film does with Frank’s story is astounding. Screenwriter Steven Zaillian’s adaptation is excellent and flows beautifully. The dialogue is clever and engaging. You can tell how much the actors respect the material with the amount of dedication put forth on screen.

Speaking of the actors, the performances from the entire cast are remarkable, but clearly De Niro, Pesci, and Pacino should get the most praise. I still go back and forth between Pesci and Pacino as my favorite performance. Pacino brings the most energy and spirit with his character. It’s familiar territory for him, but he does not mail it in. Instead he channels a nuanced Jimmy Hoffa that is single-minded at times, generous, combative, fearless, endearing, and a jerk.

I can only speak to the portrayal of Jimmy Hoffa in the movie and that character Pacino brought to life made me unsure of my feelings about him. Which is what you want in a multi-faceted character. I had preconceived notions about a man I knew nothing about, other than he was a very popular union leader who mysteriously disappeared and was never heard from again. Fleshing out his backstory and getting to sit with him over the course of several hours really made me appreciate the work he put into his job bringing and keeping the union together. His abrasive personality is irritating, but Pacino evokes the smallest sliver of sympathy for him.

Pesci’s Russell Bufalino is so understated. At their advanced age, the movements of the main actors playing the younger version of their characters can sometimes appear slower and less aggressive than you would imagine these men should be. I think that actually helped Pesci’s role because it allowed him to appear more patient, calculating, and intimidating. Even when he was just standing still, you can see in his face a conveyance of thoughts that was easily communicated to Frank or anyone else that’s worked with him for many years. Same also for De Niro’s Frank. In fact, Pesci’s quietest moments provided the most impact to me than any other scene. It’s not the usual character one associates with the firecracker actor we know Joe Pesci can be. Although I think his work in My Cousin Vinny had a similar subtle charm to it as well. This one even more so because of the additional decades of experience he can apply to Russell.

Robert De Niro gets the most screen time and the most lines. It’s a responsibility he succeeds at time and time again. This film is no exception. Much of the heart and tension conveyed throughout this story hinges on our impression of Frank Sheeran; and fortunately, despite his many flaws and unfortunate career choices, we do feel a sense of comfort being taken through this journey of organized crime by way of his voice. A voice that speaks in a manner that expresses moments in his life as facts only. It does still affect you emotionally as you watch those memories unfold, but Frank only offers the faintest hint of an emotional response when he recalls these events in his life. His decisions, based on what he feels is important to him, can be both challenging and destructive. It’s hard to define what the right answer is in his line of work. De Niro captures this struggle inside the character very well.

Scorsese’s direction is brilliant and compelling. It’s a style of a mob movie that is more character driven and less about the violence, of which there is a fair amount. It’s the conversations between characters that pulls you in the most. They are all captivating, enlightening, and sometimes funny in their mundane absurdity. A comment about tardiness can take up a whole scene. Just when you think this is a world that is nothing like your own, you get these situations that are very relatable. The behavior of strong-willed individuals is universal.

While I found the story completely engrossing, it’s one that is familiar and has been tackled in film and tv for decades. Whispers and confessions of the mob’s influence in various enterprises, including politics, have been used to expand on the version of the mob the general public is acquainted with. It’s evolved more recently, but this story probably doesn’t reveal anything new to that effect. Despite this, the movie is no less entertaining.

The Irishman is an outstanding film that should garner awards contention. On top of its direction, screenwriting, and editing, the music is outstanding and the acting is incredibly strong. The runtime should not be a concern because there is no lull and before you know it the movie is over. I recommend catching it in theaters if you can, but definitely seek it out on Netflix. Whether what Frank Sheeran revealed is entirely true or not, it made Scorcese coax Joe Pesci out of retirement and that’s the only fact I care about. This is not a story of saints. Bad things happen, consequences follow, and we’re just left to watch the paint dry.

Synopsis:  A mob hitman recalls his possible involvement with the slaying of Jimmy Hoffa.

Before I Fall | Movie Review