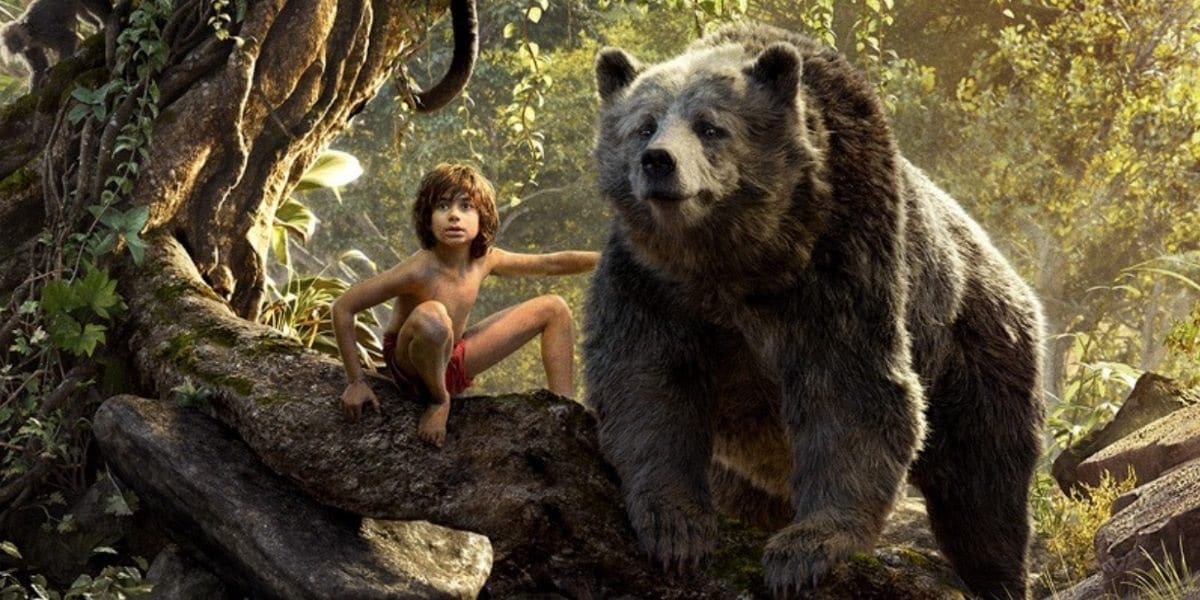 The best way to describe the new Jungle Book is that it takes the animated film and not only updates it for modern audiences, but allows it to grow up a bit. The animated film was a musical and appealed more to children, with little to offer their parents. The new film has more adult themes, while still retaining enough youthful appeal to be classified as a kid’s movie.

While the new movie is an adaptation of the original cartoon instead of a complete retelling of Rudyard Kipling’s collective works, it takes some liberties so that the film appeals to a more mature audience and even flows a bit better than the original movie. While some of the music has been retained, you rarely hear the full songs and what is included feels like more of a nostalgic inclusion than anything else. The songs don’t take away from the film, but remove the nostalgia of the cartoon and the film would be fine without the songs.

If you’re a fan of the original cartoon, all of the major story beats are here. Mowgli (Neel Sethi) grows up in the jungle, raised by wolves and Bagheera the panther (Ben Kingsley). Shere Khan (Idris Elba) starts hunting Mowgli, so he leaves the wolves and encounters Kaa the python (Scarlett Johansson), Baloo the bear (Bill Murray) and King Louie the Gigantopithecus (Christopher Walken) among others.

How Mowgli gets from one point to the next has changed quite a bit from the cartoon to the live-action film. In addition, the roles of some animals have also changed. For example, the elephants are no longer military-influenced, but instead take on a more holy role in the jungle. In addition, not every animal speaks. When Mowgli meets King Louie, no other monkeys speak, only King Louie. All of this simply helps the film feel a bit more grown up, which is a good thing.

The voice cast is nearly perfect in their deliveries for the various characters. They all fit their respective characters to the tee, with Ben Kingsley and Bill Murray stealing the show. Neel Sethi also does well as Mowgli in what would be a challenging role for anyone, especially a newcomer. All of the filming for the movie was done on sound stages in the LA area to make the jungle come alive in a way that would be difficult to do filming on location in India.

Sethi had to work almost entirely with green screens and placeholders as he interacted with what would eventually become animals, vines and more. There are a few very limited portions of the film in which something seems a little off, but these instances are few and far between, and most people will likely not even notice. Director Jon Favreau and the animation team at WETA and the Moving Picture Company did an excellent job making what is almost a completely CGI film feel real.

The animations of the animals and the visual effects are extremely realistic. Rarely does it feel as though you’re watching a CG film. Think about how impressive Avatar and other CGI films look and kick that up a notch. The Jungle Book sets a new bar for CG effects in live-action films, and it’s difficult to imagine this film being topped any time soon. Although Disney has already announced a sequel to The Jungle Book, so that may happen sooner rather than later.

If you enjoyed the original Jungle Book cartoon, you should also enjoy the new Jungle Book. The musical aspects have been toned down, but everything else is here and better than ever. The only real downfall of the film is that some of these actors don’t sing very well, but the songs are short and don’t occur often, so even that doesn’t bring the film down very much. The Jungle Book is a great experience for the entire family that feels more grown up than the original cartoon.

About The Jungle Book

Synopsis:  The man-cub Mowgli flees the jungle after a threat from the tiger Shere Khan. Guided by Bagheera the panther and the bear Baloo, Mowgli embarks on a journey of self-discovery, though he also meets creatures who don’t have his best interests at heart.

THE JUNGLE BOOK | Movie Review | | Lord of the Cons

Game of Thrones: The Lion and the Rose review