Matt and Chris talk about the strange traditions of Christmas and rank the best/worst Christmas films of all time.

or you can listen to this episode via the following link:
http://themegamenpodcast.podbean.com/2013/12/23/the-mega-men-podcast-44-yippee/

Then there is always our RSS Feed, which is quite cool too. 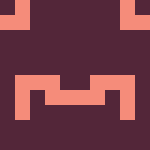 The Mega Men Podcast was created by childhood buddies Christopher and Matt in September, 2012. Though this is their first official podcast program, the two have worked extensively with one another on the now debunked The Geek Jock Podcast (2011). The show emphasizes silliness, pop-culture and a general love for combative arguing over the idiosyncrasies of existence. An average episode runs between 20-40 minutes. Christopher and Matt are both college graduates of Arizona State University where they studied Film. Between them, they have produced, written and directed over 20 film shorts, many of which have gone on to film festivals. They both moved to Los Angeles in hopes of breaking into the cinema industry they love so much. The Mega Man Podcast is an appropriate and dedicated piece of their career puzzles.

The Mega Men Podcast #34: Halloweenish PART I of II