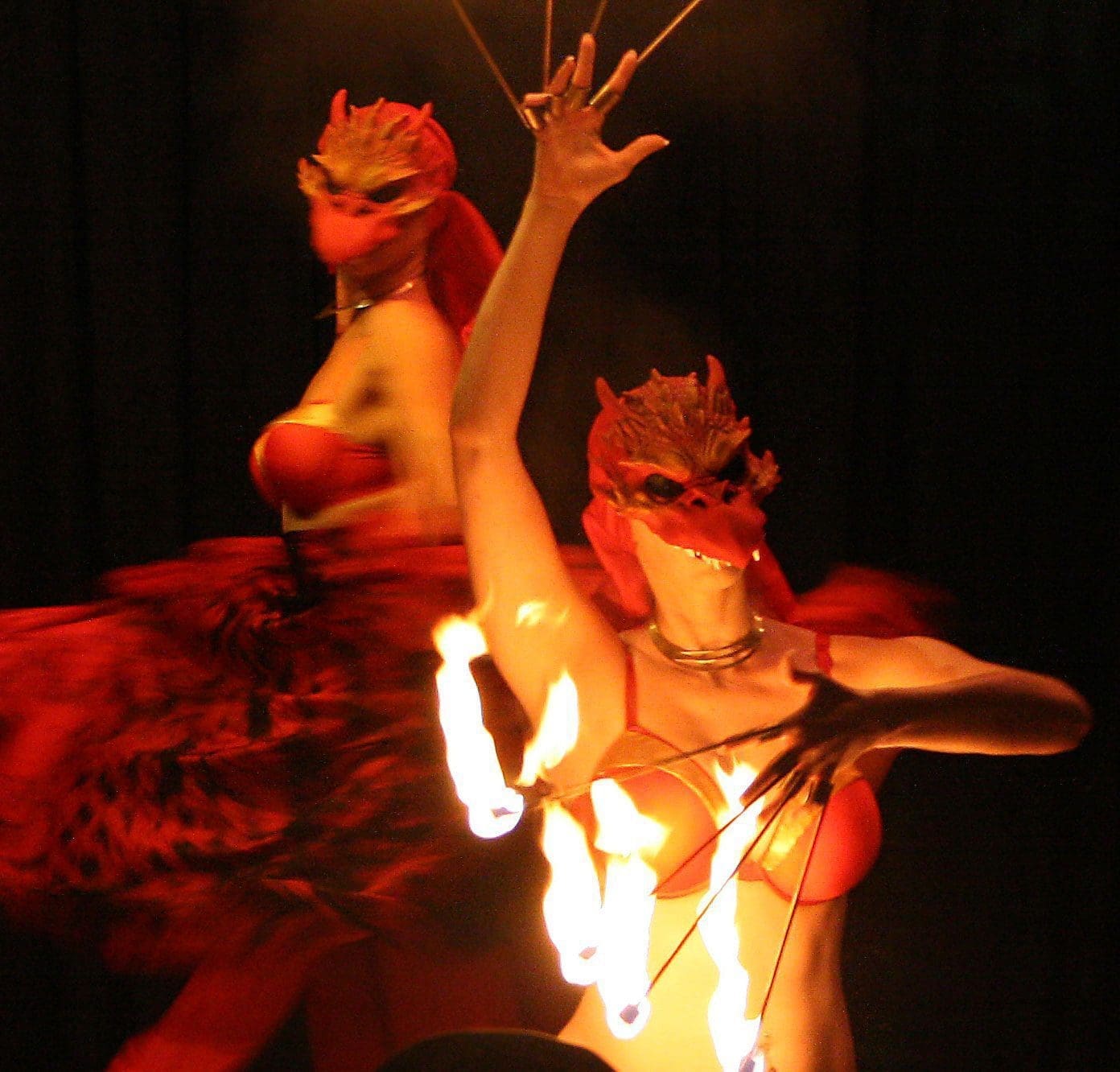 It was a dark cool night as I stepped into the Alwun House. I had never been there before and was greeted by an enormous black spider. I was nervous to say the least, for tonight I was entering into the world of the magical, mysterious, and dangerous Menagerie. OK, to say that it was dangerous was a little much, after all it’s only dancing, right?

The Mengarie, held on Friday October 24th, was a smorgasbord of mythical creatures ascending the stage. Hosted by Vjara Productions and featuring dancers from troupes such as Dirigible Doumbek, and Osiris, it was a fun display of dancing monsters. The theme of the night was a Victorian display hosted by a globe trotting gentleman who hunts to find mythical creatures everywhere he goes. Event Director, Laura Wirth, said “It started out as a Halloween show, which I’ve wanted to do for…at least five years. But I’m also a huge fan of mythology and legends and supernatural creatures. Somehow the two blended together and became this show. There was also a lot of inspiration from Mommy Fortuna’s Midnight Carnival from “The Last Unicorn”.  Part sideshow, part curio, this event certainly delivered on the mythological.