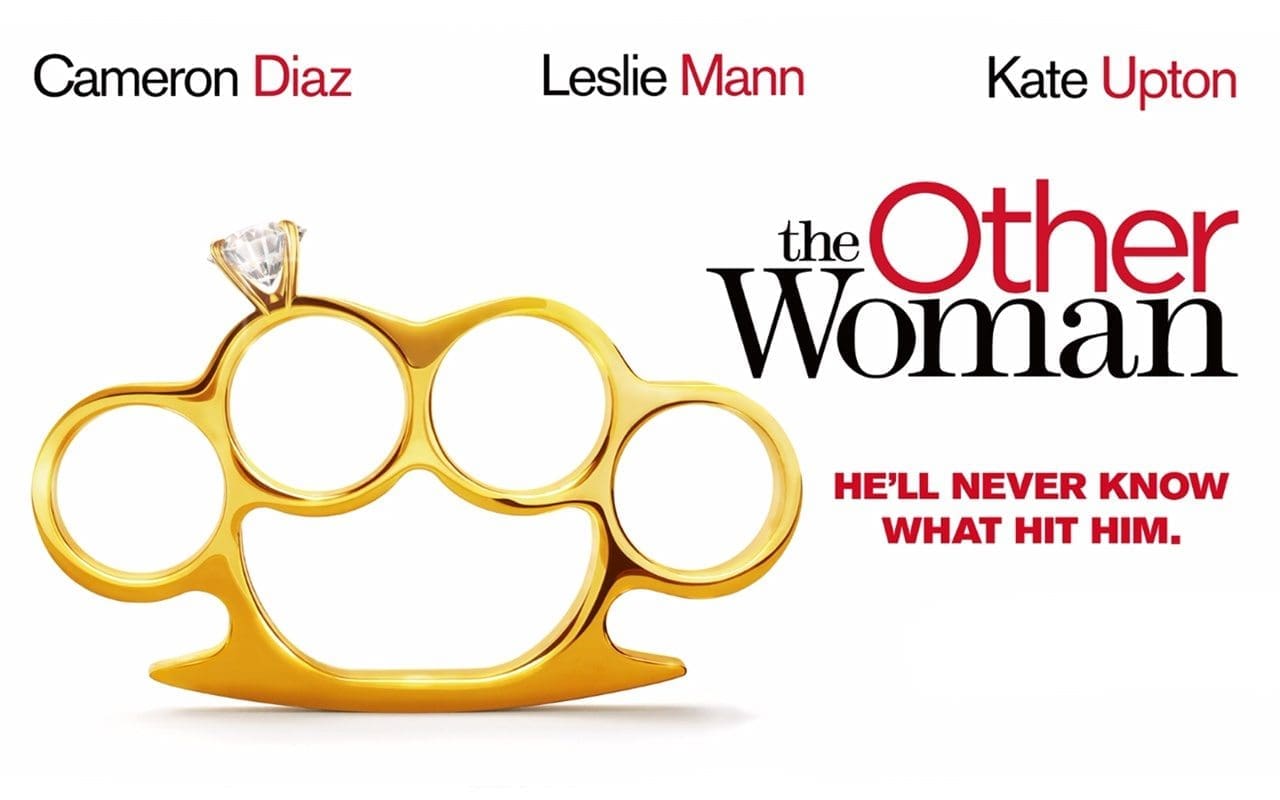 At one time or another there’s a good chance we’ve all heard a woman complaining about a romantic issue. Perhaps her boyfriend cheated on her, or maybe she can’t find a nice guy. Whatever the case may be, it’s an experience that almost everyone has been witness to. While men may be left wondering how women think until the end of time, women seem to understand each other just fine. So while watching The Other Woman, written by Melissa Stack, it shouldn’t be surprising that it quite literally feels as though you jumped inside a woman’s head and are watching as real-life events unfold (albeit with a bit of Hollywood exaggeration).

The Other Woman is a movie written by a woman that is clearly aimed almost exclusively at female movie-goers. Sure there’s a decent amount of eye candy for the male audience, but rest assured, if a man gets dragged out to see this movie on date night, it’s unlikely he’ll find it anywhere near as entertaining as his female companion. It’s also fairly unlikely he’ll be able to truly enjoy the eye candy with his significant other only a few inches away.

Now that’s not to say that The Other Woman is a bad movie. It has strong female appeal, and women should find it entertaining, funny, and about as close to real-life as a film starring Cameron Diaz, Leslie Mann, and Kate Upton can be. In fact, this is such a woman’s film that the three primary male roles (Nikolaj Coster-Waldau as Mark King, Taylor Kinney as Phil, and Don Johnson as Frank) are the worst part of the experience.

Frank is the father figure who seems to double as a playboy, Phil is the brother who has a good helping of seemingly mindless lines (nothing a male in his situation would generally say), and Mark King is smooth and controlled until the end of the movie when he completely breaks character (more so than someone in his position would do). Frank isn’t seen very often, and much of what you do see is comic relief, so the issues there can be forgiven. Even Mark King falling apart at the end can be chalked up to Hollywood trying to create a big ending, but almost every line Phil spews from his mouth sounds like a woman wrote it with no clue how a man would actually react to the situation. It’s highlighted even more by the fact that the women act almost exactly as they would in real-life, making it that much more unbelievable that Phil would have such poor lines.

The male issues aside, The Other Woman plays out very well for a female audience. There’s plenty of humor and it’s an all-around fun ride as Leslie Mann’s Kate King finds out her husband is cheating on her with Cameron Diaz’s Carly Whitten and Kate Upton’s Amber. It’s also refreshing to see Kate Upton (who plays the blonde bombshell in the film) with a little weight to her. This isn’t your typical ultra skinny model who most women seem to be obsessed with these days. Amber has a bit of meat on her bones, making her a bit thicker than the usual woman, and what men want to see. She’s easily the highlight of the eye candy in the film, next to the stout behind of Nicki Minaj’s Lydia (which likely won’t appeal to all male spectators… although most will take a second glance just to make sure).

Once again, if you’re a male, most of the humor will be lost. The women surrounding you will be cracking up, and you may feel as though you’ve missed the joke. There are many instances when it’s clear a joke is being made, but it’s almost always targeted exclusively at the women in the audience. This is in contrast to other romantic comedies such as Think Like A Man, which are clearly geared toward women, but can be enjoyed by a male audience as well.

When it comes down to it, men and women are going to have drastically different opinions of The Other Woman. Women will love almost everything about it, while men will having nothing to entertain them but the three leading ladies and the rear end of Nicki Minaj. This is a movie women take their girlfriends to see, but despite the eye candy, men have very little to look forward to.

About The Other Woman:

Synopsis: After discovering her boyfriend is married, Carly soon meets the wife he’s been cheating on. And when yet another affair is discovered, all three women team up to plot mutual revenge on the three-timing SOB.