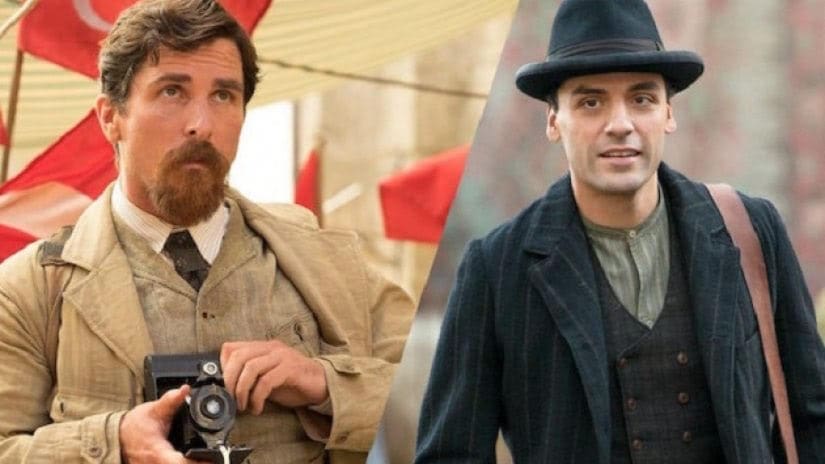 War never really has a happy ending, even in Hollywood.  No matter the outcome, even though the “good guys” win, there is always a swath of destruction and death that led to that outcome.  Coupled with that is the fact that there is no simplicity and certainty in war.  Despite the situations, there will always be the question of how events might have been prevented or avoided.  Despite humanity’s penchant for destroying each other, however, there is the other side of that equation.  There is always love.  Even the cruelest dictator can be loved.

The Promise, is a story of both love and war.  Set in the late days of the Ottoman Empire, and the beginning of World War I, we find Mickael (Oscar Issac), a village apothecary and man dedicated to his pursuits of healing.  So much so, that he agrees to wed Maral (Angela Sarafyan), so that he can use the dowry to finance his studies at the National Medical School in Constantinople.  It is here that he meets Ana (Charlotte Le Bon) and falls in love with her, despite her involvement with American journalist Chris Myers (Christian Bale).  The village that Mickael comes from is a different world from the life he finds in Constantinople, while it lasts.  His studies occupy his days, and the nightlife of the city and its wonders fill his free time with drink and music.

This life is, sadly, short-lived.  As the Ottoman Empire allies itself with Germany, the beginnings of World War I find their way to Constantinople, and the Armenian people find themselves being driven from the country by the Turks.  The devastating violence against the Armenian people takes front stage now, with the budding love story taking a limited role.  The gripping emotion of the tale that unfolds is sometimes hard to watch, but important to see.

The film is well acted, which is to be expected from the caliber of talent that the producers obtained for this movie.  Oscar winner Christian Bale brings his usual skills to his role, but it is Oscar Issac who shines the brightest in his role as Mickael.  His chemistry with Charlotte Le Bon saves what is otherwise a very tepid love story.  His portrayal of a dedicated man who makes the choices that he must for his family and for himself, as well as his moving depictions of sorrow and anguish at the loss of loved ones more than once moved me to tears.  And this film will bring tears.

Director Terry George, known for Hotel Rwanda, knows his way around a movie like this.  He brings the horrors of war and the devastation and loss to the forefront of the viewing experience.  He makes you care about the characters involved, and you feel their loss when they are killed.  There is no happy ending here, really.  Which I am glad of, as it makes the movie that much more powerful.  The love story is a bit shallow and contrived at times, and I think the film could have been made stronger without it.  There was enough human connection without it.

The distracting love story aside, this is a film that tells an important story.  The Armenian genocide claimed the lives of one and a half million persons.  Children, men, women, old and young were viciously slaughtered wholesale by the Turks.  Turkey to this day does not acknowledge the events this film depicts.  Moreover, there was an online campaign to drive the movie down before it was even released.  After one showing, at the Toronto International Film Festival in September of 2016, the film’s IMDB page received over 4000 one star reviews.

The producers of this movie are donating all proceeds of the movie to humanitarian charities, which is reason enough to see it in theaters.  But beyond that, it is a very moving tale that will grab your emotions and twist them in many directions, while telling a story that needs to be heard.  It is not difficult to imagine a similar series of events happening in the current climate of the world.  This film is a definite lesson in how the inhumanity of politics can be devastating to entire populations and races.  I highly recommend seeing this film.  It is not perfect, but it is important.

Synopsis: Set during the last days of the Ottoman Empire, The Promise follows a love triangle between Michael, a brilliant medical student, the beautiful and sophisticated Ana, and Chris – a renowned American journalist based in Paris.