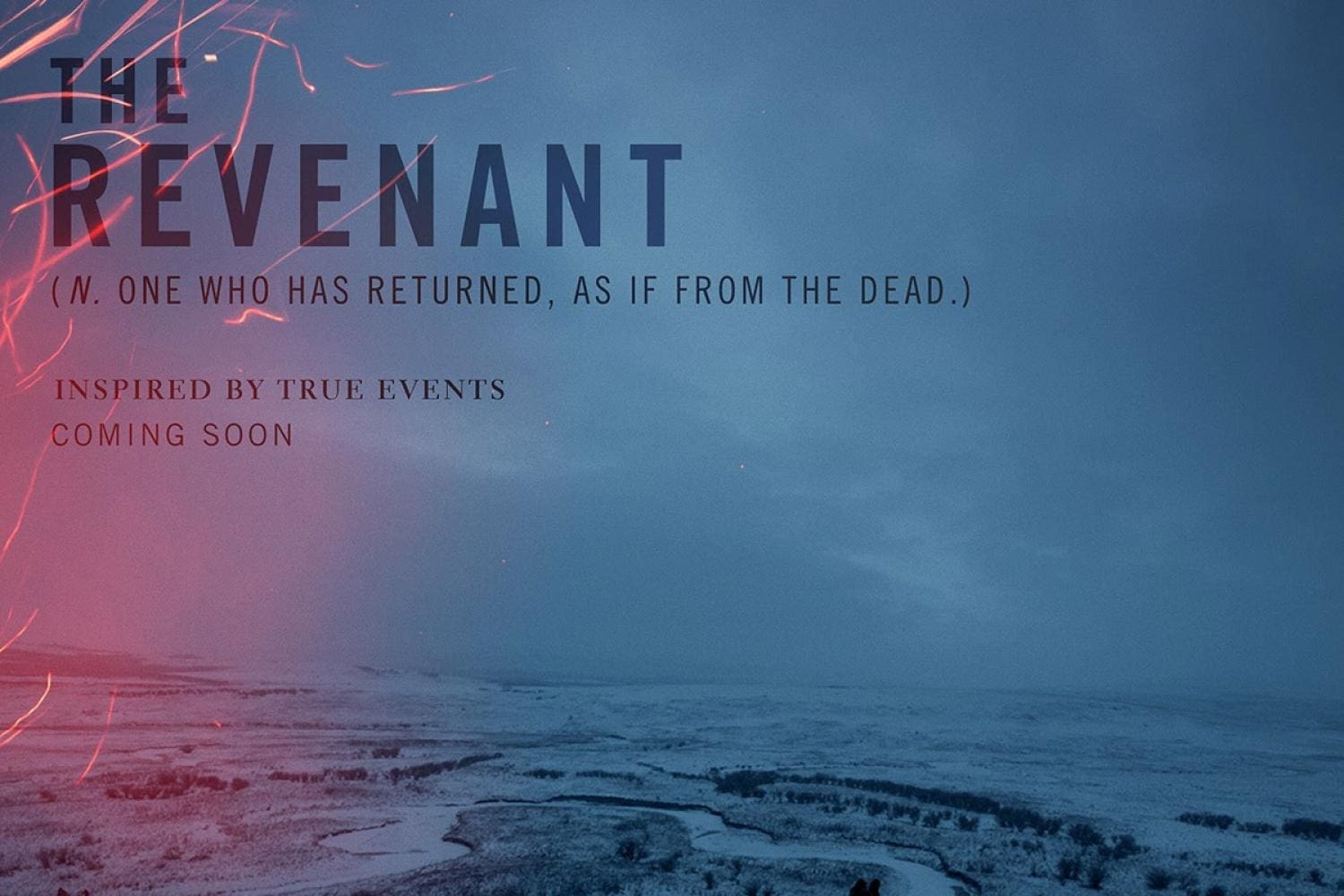 There has been a lot of anticipation for Alejandro Inarritu’s next film after his popular and critically acclaimed Birdman took home the Oscar for best picture this year.  Inarritu’s use of the camera in Birdman, a single-take method, added a unique atmosphere to the story he presented.  The characters moved in and out of frame with such energy that you were swept up in the performances and excited to see how it would all play out.  The music, actors, screenplay, and cinematography all melded together so brilliantly that every award was well-earned.  So would Inarritu’s next adventure hold just as much reverence and give viewers a similar energy in storytelling?

The Revenant is a story about a fur trapper named Hugh Glass (Leonardo DiCaprio) who works with several other trappers in the Wyoming wilderness of the 1820’s.  The time period and location are not mentioned prominently in the movie, but the description cold and middle of nowhere could apply to many locations in North America.  Hugh has a son who is Native American, which draws varied animosity from the rest of his group.  Native American tribes are not friendly to any white outsiders in this picture, but they have justified motive to be hostile and this is made clear early on.  After a severe attack by a bear, Hugh is on the brink of death and his boss (Domhnall Gleeson) leaves two men, John Fitzgerald (Tom Hardy) and Jim Bridger (Will Poulter) behind to care for him, with the promise of more money once help arrives.  John is a bitter man who’s spent way too much time putting his neck on the line for what he believes is little reward and more than willing to leave Hugh for dead as the threat of a Native American attack looms.  Which is why he murders Hugh’s son, tricks Jim into abandoning Hugh in a shallow grave, and makes a premature journey back to town.  Of course Hugh is conscious for all of this and the will to survive is more than amplified by witnessing the death of his son.  So now Hugh’s sole purpose is driven by revenge, but first he must brave the frozen wilderness, Native Americans, wild animals, and infection.

I must say I was easily captivated by the imagery in this movie.  It’s the first thing you notice and it’s emphasized throughout the film.   In order to capture the stark realism of 1820’s wilderness, the technique Inarritu chose to implement is the use of natural light.  Every scene is lit in one way or another by the sun or the use of fire.  It’s not the first time this method has been attempted, but to try it outdoors for such a long period of time is immeasurably complicated.  How long the sun will be up on a given day and whether or not the brightness of that day matches from one take to another is just a few obstacles.  Still you can’t argue with the results.  You are brought immediately into a world devoid of modern conveniences and you feel as cold and hopeless as Hugh appears to be, except Hugh happens to have some survival expertise.  The fog in his breath and the blood from his wounds just adds to that realism.  Even the bear attack, which is obviously rendered digitally, comes off natural and frightening.

While I will say the story is engaging, there isn’t much story to be engaged by.  Once the revenge element is laid out, there is roughly two hours of trudging through the wilderness and escaping all manner of certain death.  It sounds thrilling and powerful, but those moments are spaced too far out.  Occasionally the journey is interrupted by Hugh’s dreams of his deceased wife and son.  It reminds me of Russell Crowe’s dreams in Gladiator.  Hugh is hoping to be with his family again, but he has one more goal to fulfill.  I love a good revenge story, but there just isn’t enough material on screen to sustain the running time.  Are Leonardo DiCaprio and Tom Hardy’s performances amazing?  Absolutely.  It just so happens that mother nature takes center stage and overshadows their characters.  This could very well be by design since nature should never be taken for granted, especially when it may be your downfall.  If the main story had been Hugh just finding his way back to civilization, reuniting with his son, and living happily ever after, I would have been fine letting the movie take its time setting up those scenes, but we are expecting a confrontation between Hugh and John.  An unnecessary amount of film is focused so much on wilderness shots and living off the land that when or if that confrontation comes you just want it over with.

The Revenant is an intriguing, visceral film that brings you into its world with a violent embrace.  Leonardo DiCaprio gives another Oscar worthy performance, and that’s even before taking into account his dedication by actually staying in survival mode throughout the production.  I may have to give just as much, if not more, praise to Tom Hardy’s portrayal of John Fitzgerald.  There are few things more terrifying than someone who has committed a heinous crime and is willing to do whatever it takes to avoid retribution.  Hardy brought that character to life.  Another great actor to mention is Domhnall Gleeson as the businessman who contracted the fur trappers.  His ancillary character is strong, compelling, and I would have preferred more scenes with him.  Again I do believe the movie should have been cut shorter, maybe by 45 minutes, to raise the suspense and give those emotional moments more impact.  I found myself struggling to concentrate after the fifth dream sequence, but fortunately I was rewarded with some brilliant action scenes.  It is above all a breathtaking piece of cinema.

Synopsis: In the 1820s, a frontiersman named Hugh Glass sets out on a path of vengeance against those who left him for dead after a bear mauling.