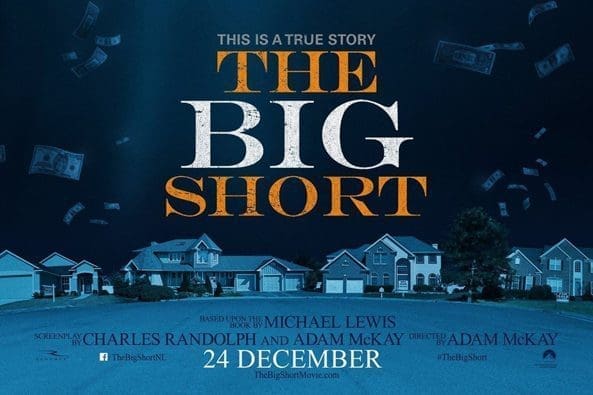 Adam McKay may be a name that you aren’t very familiar with but more than likely you have seen some of his comedic work. He was born in Philadelphia, Pennsylvania and was one of the original members of an improv group known as the Upright Citizens Brigade. Due to his fantastic skills at writing comedy, he transitioned to a job working at Saturday Night Live in 1995. He spent several years there up until directing and writing the 2004 Will Farrell comedy entitled Achorman: The Legend of Ron Burgundy. Since then he has directed Farrell in many more projects which include: Talladega Nights: The Ballad of Ricky Bobby, Step Brothers, and The Other Guys. Now McKay is trying his hand at tackling more serious material with his new film called The Big Short.

The Big Short is a true story and centers around a group of investors and the 2008 housing market crash. Christian Bale plays Michael Burry, an eccentric doctor and hedge fund manager who is the founder of Scion Capital LLC. Ryan Gosling plays Jared Vennett, a somewhat egocentric banker who is always looking for a good investment. Steve Carell plays Mark Baum, an often skeptical yet motivated hedge fund manager that knows how to be a leader. When Michael Burry notices a possible downward trend in the valuation of the housing market, he decides that he wants to bet against it actually continuing to succeed. Jared Vennett gets wind of this potential investment opportunity and decides that he wants to go all in on the market completely collapsing. To do this, he attempts to enlist Mark Baum and his team to aid him on this investment strategy.

With the United States still totaling a very high number of citizens in debt, The Big Short is a phenomenal piece of informative entertainment that explains exactly what happened in 2008 in both a comedic and disturbing way. Bale is essentially the brains of the entire operation and he breaks from his normal persona to play a character that is insanely smart but also one that might be slightly autistic. He commands every scene that he’s in with a calm demeanor that bellows out a guise of “I’m right and you’re wrong”. Gosling sticks with his pretty boy charms that allow him to essentially be a James Bond type of banker. He has the power to swoon the ladies but he uses that power to make people follow him no matter where they might end up. Carell is the odd one of the bunch and ends up becoming the one to root for the most. At times he transforms into his Gru character from the Despicable Me films and goes into fantastic, cringe-worthy escapades that make you want to pull your hair out. Bottom line is that the entire cast is perfect and brilliantly encompasses how we can now look back on the housing market crash in complete and utter disbelief.

For the film as a whole the story, the humor, the acting, and the directing is all first-rate but my major qualms would have to be with the cinematography. The film is shot in a very pseudo-documentary style with the majority of camera shots seeming to be completely unprepared. It works very well for this type of narrative but a large majority of shots are completely out-of-focus which entirely took me out of the film. It just felt a bit lazy and unprofessional in comparison to other films shot in the same manner. Nonetheless, it’s a very small detractor from a film that everyone needs to see in order to not make the same mistakes that brought about a horrendous recession.

About The Big Short

Synopsis: A group of unlikely investors bet against the housing market before the collapse in 2008.

It Comes At Night | Movie Review