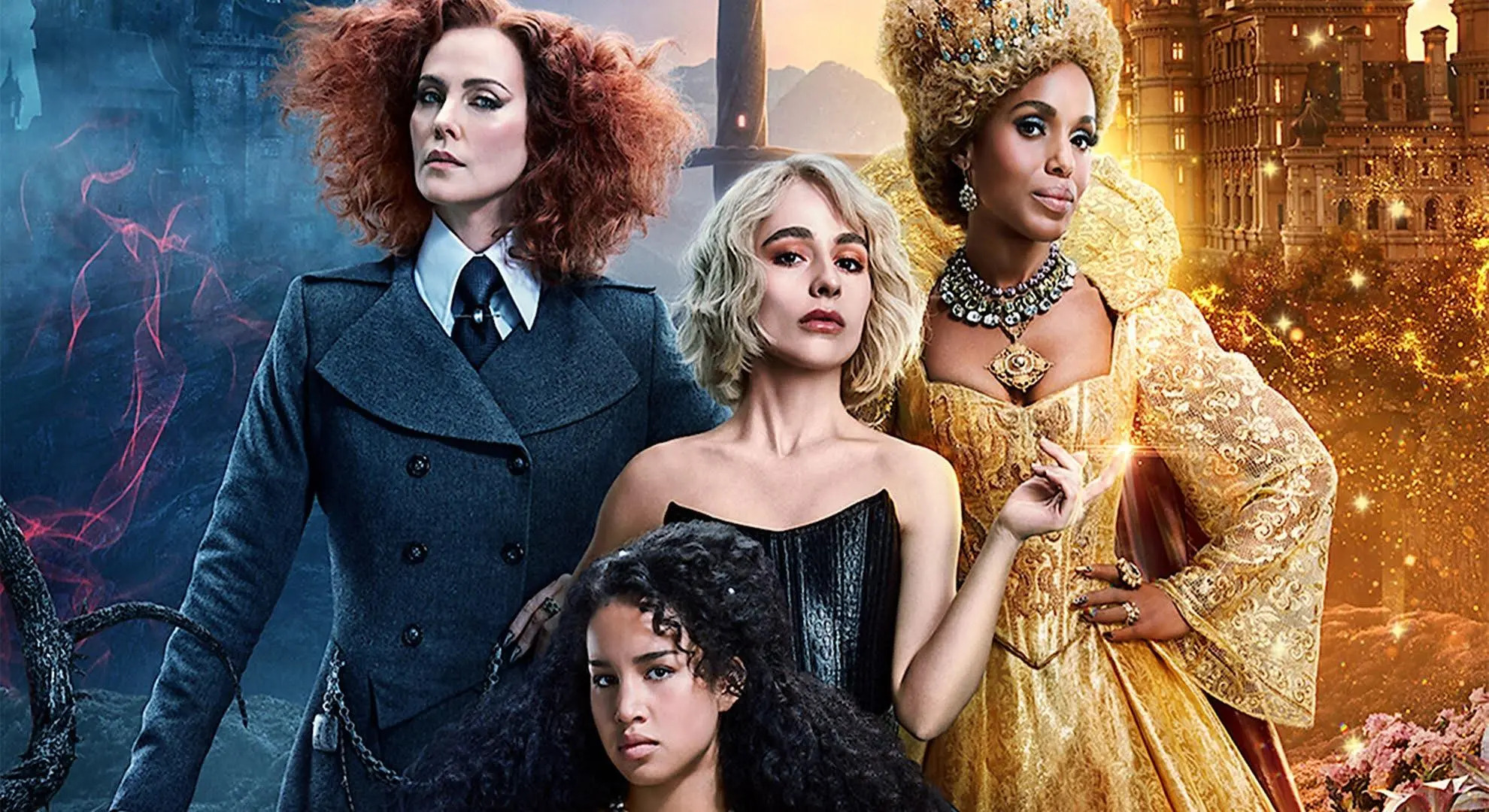 Paul Feig has a unique filmography. His modestly budgeted films almost always turn a profit, even if they don’t do big numbers, but the critical reception to these films is a mixed bag at best. From the beloved Bridesmaids to the disastrous Ghostbusters: Answer the Call, when Feig’s name appears in the credits of a film, many audiences don’t know what to expect. That was the case with Feig’s latest project, The School for Good and Evil.

Based on a book series of the same name, The School for Good and Evil tells the story of Sophie (Sophia Anne Caruso) and Agatha (Sofia Wylie), who hail from the small town of Gavaldon. Sophie dreams of becoming a princess, while Agatha helps her mother, and is constantly called a witch due to her physical appearance and attire. When the two hear about the School for Good and Evil that exists in the realm of fairy tales, Sophie makes a wish that sends them both on a Hogwarts-inspired adventure.

First and foremost, this is a children’s film through and through. If you’re over the age of 17, this film is not marketed for you. You may still enjoy it, but unlike other children’s films such as Shrek or most Pixar projects, The School for Good and Evil has minimal appeal for adults. There are a few adult themes that feel straight out of Harry Potter, but these are merely exceptions.

While the film has a fair amount of star power with the likes of Cate Blanchett, Charlize Theron, and Kerry Washington, they all play minor characters. The two young leads are far and away the focus of the film, and while Sofia Wylie has some Disney Channel experience, Sophia Anne Caruso’s resume isn’t quite as significant. Wylie does an admirable job stepping up to the challenge of acting alongside the adult stars, but Caruso falls short. In addition, the film always seems to be straddling the line between a made-for-TV movie, and an unrealized vision of something greater.

Paul Feig is not an action director, and that shows in the film. Awkward camera shots, rapid cuts that make it difficult to really see what’s going on, and other telling signs of lackluster direction are spread throughout The School for Good and Evil. It doesn’t help that the special effects are quite hit or miss. In some instances it feels like a scene from the Harry Potter films, then other scenes feel as though the movie is right back to the ABC movie of the week.

Luckily, as a children’s film most of these shortcomings aren’t significant. While the film takes some liberties with the source material (Hollywood never learns), the main plot points from the book are mostly all here. The story can be a little difficult to follow on occasion, due to a lack of explanation and some questionable grooming practices, but fans of the book shouldn’t be too disappointed with this adaptation.

It’s a shame that the big name stars were sidelined, as they could have shined in a similar manner to the professors in the Harry Potter films. Many of the ancillary characters are one-dimensional and don’t add much to the story, but the real acting talent in the film is woefully underused. Why cast Charlize Theron in a role that hardly has any time to shine?

With a director more in tune with the source material, and better at handling magical action sequences, The School for Good and Evil could have been a real franchise starter for Netflix. As it stands, as long as the film performs well over the first 28 days, Netflix will likely greenlight a sequel. If that happens, hopefully Feig is replaced with a director that can truly elevate the source material, and makes better use of the cast. There’s potentially another Harry Potter series here if Netflix handles the remaining films correctly.

About The School for Good and Evil

Synopsis: Best friends Sophie and Agatha find themselves on opposing sides of an epic battle when they’re swept away into an enchanted school where aspiring heroes and villains are trained to protect the balance between Good and Evil.