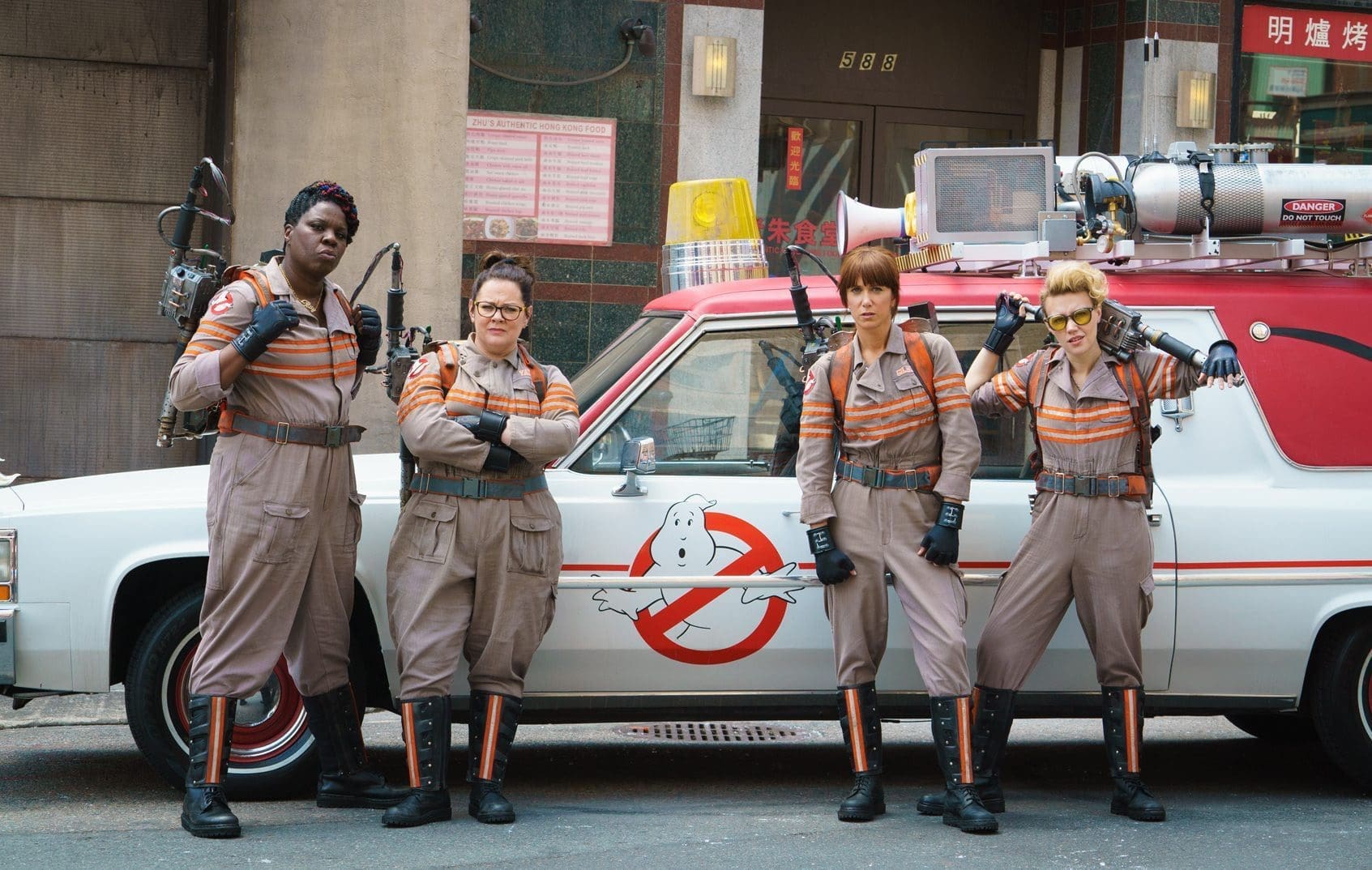 Sony and various members of the original Ghostbusters creative team have been trying to make Ghostbusters 3 for decades. There was always something that got in the way (usually Bill Murray), and nothing ever came of it. Just as it looked as though Sony was getting close to making it actually happen, Harold Ramis passed and that pretty much ended any hope of a Ghostbusters 3 with the original cast. Shortly after director Paul Feig swooped in with an idea for his personal take on the Ghostbusters.

While I have enjoyed some of Feig’s work, I’m not a big fan of his style of comedy. There’s a large audience of people who enjoy his work, it just didn’t feel right in the world of the Ghostbusters. As I was walking out of the Ghostbusters screening, I asked my friend (who likes almost everything Feig has done) what she thought of the film, and she didn’t have a single nice thing to say about what she had just seen.

The main bad guy in Ghostbusters, Rowan North (Neil Casey) is about as cliché as it gets. Not only does he bear a striking resemblance to one of the bad guys in Ghostbusters II (Dr. Janosz Poha played by Peter MacNicol), he’s completely one-dimensional. Rowan is mad at the world because he was bullied his entire life. Of course the only aspect of this bullying the audience sees is about as forced as it gets. Nothing bad that happens to him feels like it would actually happen in the real world, unless you’re living in a cheesy, mid-80s sitcom.

All of the visual effects are top-notch. No matter how good or bad you think this movie is, it looks very pretty. Unfortunately, it seems as though the creative team got a little ahead of themselves. While there are a bunch of new ghost busting gadgets, there’s no consistency throughout the film. At the beginning of the movie the proton packs act just like they did in the first two films. However, by the end of the film they can completely destroy ghosts with no trap needed. There are some upgrades mentioned throughout the film, but nothing that would imply such drastic changes in how they impact ghosts.

The cast is about what you’d expect if you’ve seen any of their previous work. Leslie Jones (Patty Tolan) is playing another Saturday Night Live character and Kristen Wiig (Erin Gilbert) offers the exact same comedic deliver she’s had in every other comedy she’s been in. However, Melissa McCarthy (Abby Yates) is a bit more subdued than normal. She’s not the main comedy relief in Ghostbusters like she has been in many of her other films, and that shows in her performance. She matches the rest of the cast instead of offering her trademark over-the-top humor. It’s definitely a nice change of pace.

Kate McKinnon (Jillian Holtzmann) is the highlight of the film. Not because she puts on a better show, but because she feels like the only one who’s actually having fun. Most of the time she saying or doing something crazy, and it’s a nice relief from the forced and out-of-place humor everywhere else in the movie. While you may think she’s forcing it, everything she does is within the context of the film and her character. Most of the other humor in the film is completely out of context (fart jokes, shooting ghosts in the crotch, etc.).

Chris Hemsworth is a mixed bag. Undoubtedly most people will think he’s the funniest aspect of the film. He plays the virtually brain-dead secretary, Kevin. While he has some funny lines, this is more than just a simple gender swap. He’s only hired because he’s a sexual object for the Ghostbusters and his ignorance is beyond even an over-the-top performance. Hemsworth plays the character well, but you just don’t care what happens to him, and you’re supposed to according to the plot of the film. If he was there solely to be a one-dimensional character it would be fine, but given the fact that you’re supposed to care about him, it just doesn’t work.

The original Ghostbusters (and even the lackluster sequel) focuses primarily on subtle humor. Singing, “Do-Re-Egon” or backing away from the proton pack the first time it’s powered on. Even some of the more outlandish humor, such as Ray’s pants being unzipped by a ghost during a dream sequence, or a discussion about a giant Twinkie, are based within the context of the film. Nothing felt forced in the old films and that’s absolutely not the case in the new Ghostbusters.

It really feels as though Feig and his creative team didn’t understand or simply didn’t care about what made the original film such a classic. Instead we get Feig’s own vision of Ghostbusters that’s undoubtedly confined by the limitations of staying within the Ghostbusters universe. It poorly combines elements of the first two films, but even if you’re not attached to the original movies (or the animated series), this just isn’t a great summer blockbuster comedy. It’s average at best, and that’s being generous. For a fan of the classic films it’s downright terrible and if you’re a fan of Feig’s previous work, this is subpar for him.