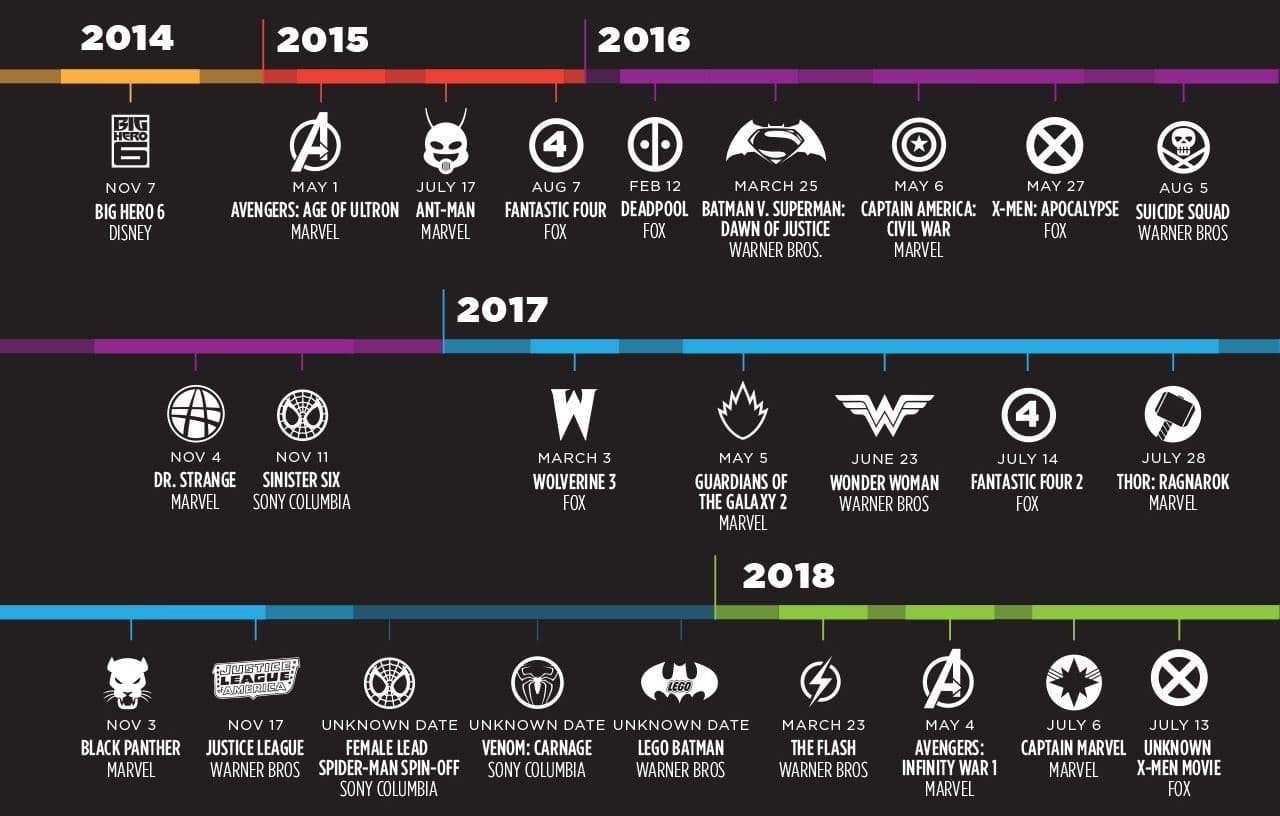 Mark you calendars comic fans! This comprehensive superhero movie timeline put together by ComicsAlliance’s own graphics genius Dylan Todd reveals what the next six years of superhero movies looks like. With the recently announced GAMBIT movie, the next few years will be exciting for fans of these mega franchises.

Marvel’ major announcement confirmed last week with up to 8 titles and release dates including Doctor Strange in 2016, Black Panther in 2017 and Captain Marvel and Inhumans in 2018, and Avengers Infinity War Part 1 at the beginning of 2018 and Part 2 rounding out 2019.

Warner Bros announcement back in early October confirmed 10 movie titles base on the DC Comics properties fills out the calendar nicely with previous announcements from Fox’s X-Men franchise and Sony Pictures’ Spider-Man.

What are you looking forward to most in the next 6 years? There is too many to choose from!

Return to the Dreaming in the new Sandman Universe