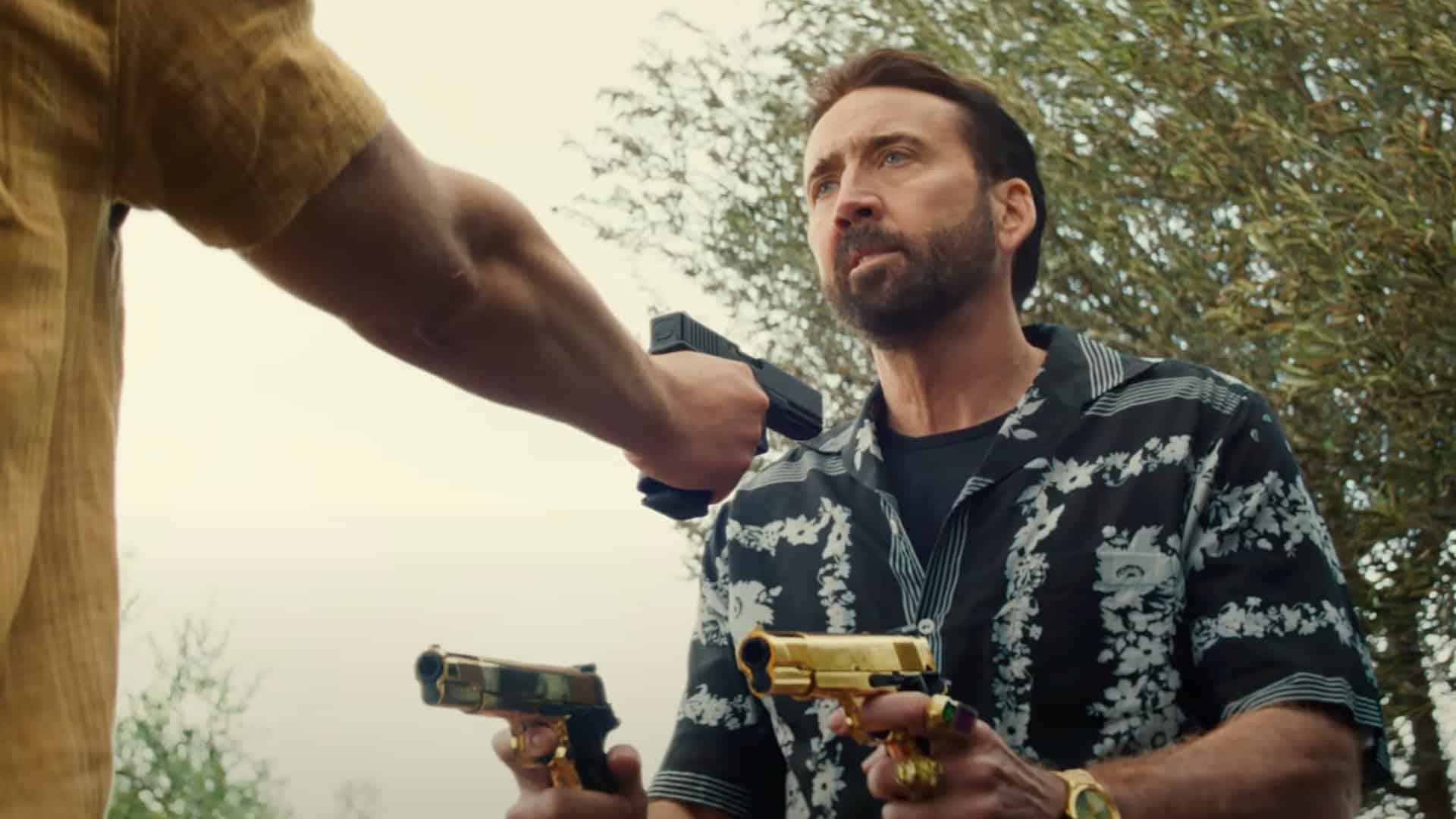 Nicolas Cage has had a long and storied career in Hollywood. At its height, he starred in huge blockbusters such as Con Air, The Rock, National Treasure, and more. More recently, he’s coming off of Pig, one of the best films of 2021 (despite the lack of Academy recognition). His latest film is a fairly mixed bag in which he plays a satirical version of himself. Let’s take a deep dive into our review of The Unbearable Weight of Massive Talent.

In a film titled, “Unbearable Weight of Massive Talent” that features Nicolas Cage as himself, playing opposite Pedro Pascal, you assume there are going to be some crazy shenanigans. While there are a few over-the-top scenes, for the most part, The Unbearable Weight of Massive Talent is fairly tame. It’s a straightforward comedy that plays things a bit too safe to make the most of the material.

The Unbearable Weight of Massive Talent sees Nick Cage down on his luck and about to forcibly retire from acting so he can potentially salvage what’s left of the relationship with his teenage daughter, Addy (Lily Mo Sheen). He reluctantly accepts a one million dollar offer to attend a party for Javi Gutierrez (Pedro Pascal). Between the CIA and drug lords, things get a little out of hand.

Let’s be clear. Nicolas Cage is back on his game in this film. While you may think it would be easy to play yourself, there’s still plenty of nuance to Cage’s performance. Whether he’s sober and down on his luck, drunk and begging, or simply arguing with himself, this is far from an easy performance. Cage nails the delivery in every scene, and the buddy cop vibe you get between him and Pedro Pascal would make for must-see cinema if only a better writer were attached to the project.

The writers and director of The Unbearable Weight of Massive Talent don’t have many credits to their names, and it shows. Give this same plot to someone like Taika Waititi or James Gunn, or even Adam McKay in his prime (sorry, Don’t Look Up wasn’t for me), and this becomes one of the best comedies of the year. Instead, you get a very safe, very predictable, sporadically funny film.

Most people who watch The Unbearable Weight of Massive Talent will probably enjoy the experience. It’s not a bad film, it’s just very average aside from a few standout scenes. The biggest problem with The Unbearable Weight of Massive Talent is all of the untapped potential the film has. The cast is great, and the premise is amazing, but the execution is lacking.

When Pascal and Cage are sharing the screen, everything seems to go right. Some of the jokes are a little forced, but most of these scenes are entertaining, and the best parts of the film aside from Cage talking to himself. The problem is that’s only about half the film. The other half is CIA agents Vivan (Tiffany Haddish) and Martin (Ike Barinholtz) miscast and under-used, with a bit of Neil Patrick Harris thrown in as Cage’s agent, Richard Fink.

Tiffany Haddish has a unique style of comedy that you either love or hate. We don’t see that in this film aside from a small taste in her first scene. Neil Patrick Harris is a national treasure who is good in even the worst films (Matrix: Resurrections anyone?), but he’s only very briefly in The Unbearable Weight of Massive Talent and doesn’t have much to do when he does show up.

There’s a ton of potential in The Unbearable Weight of Massive Talent, but it’s all wasted on a bland script and by-the-book directing. This should’ve been a completely wild, over-the-top film that goes hard on the crazy. We ended up with a moderately fun, but mostly forgettable film that could’ve been so much more than it is. Watch it online when it hits a streaming service.

About The Unbearable Weight of Massive Talent