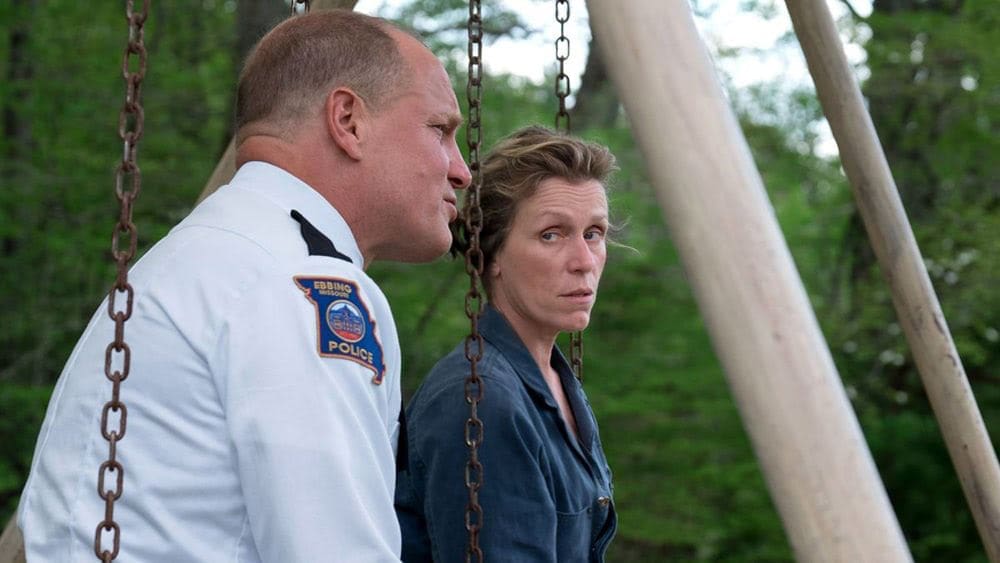 As the writer and director of Seven Psychopaths, Martin McDonagh has created a masterpiece. Three Billboards Outside Ebbing, Missouri is about Mildred (Frances McDormand), a mother who lost her daughter to a violent crime just a few months ago. She buys ad space in the way of three billboards on the outskirts of town (Ebbing, Missouri for those not keeping up) that call out sheriff Willoughby (Woody Harrelson) for not finding her daughter’s murderer. In a small town like Ebbing, Missouri, these acts don’t go unnoticed, and the entire town goes into an uproar as the plot unfolds. 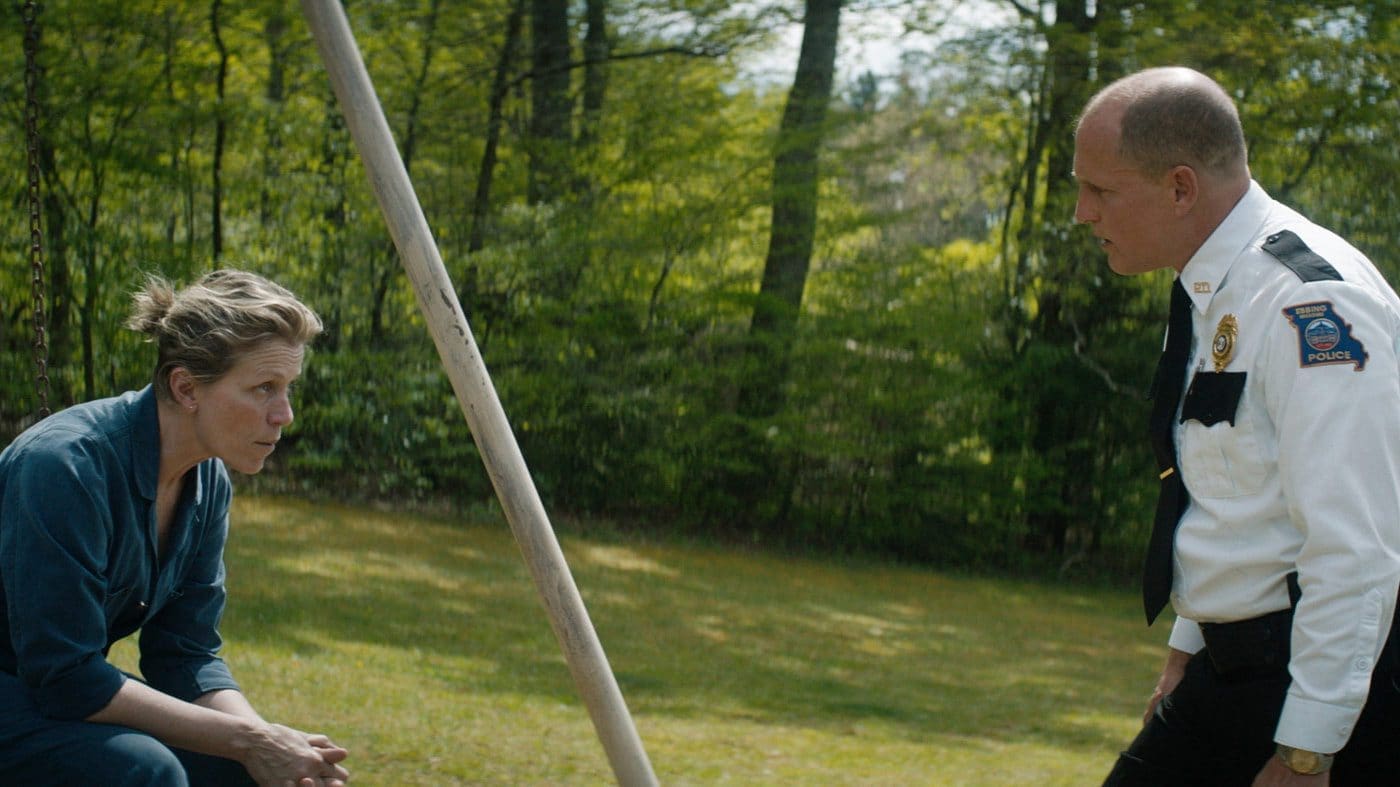 Frances McDormand plays Mildred like a cold-hearted bitch who’s also a loving mother. Her perfect performance is sometimes humorous, often dark, and occasionally sweet. It’s what you would expect from a mother who’s lost her daughter, while the police are seemingly doing nothing to solve the case. Her convictions are steady as a rock as she goes through every emotion you can think of throughout the runtime of this film.

Woody Harrelson has flashes of the greatness seen in the first season of True Detective as he portrays sheriff Willoughby. He puts up with Mildred’s tenacious attitude while managing a group of misfits at the police department and a loving family at home. While his police force provides plenty of laughs, Willoughby is mostly a straight arrow with an understanding and compassion for his work, his town, and his family. All of this comes to a head at multiple times throughout the film. While you don’t see a lot of Willoughby, every scene has a significant impact on the course of the movie.

Working under Willoughby is arguably the shining star of Three Billboards Outside Ebbing, Missouri. Officer Dixon (Sam Rockwell) is a little slow in the head, a bit racist, and probably has a drinking problem, but Rockwell manages to make him a charming character that audiences will root for by the end of the film. It’s a character arc that can be difficult to play, going from the most hated character in the film, to the most beloved character over the course of a mere two hours, but Rockwell’s performance is nearly unmatched.

While these are the characters that get the most screen time, everyone in this film plays a pivotal role. Smaller roles such as Red Welby (Caleb Landry Jones), as the owner of the advertising agency, or James (Peter Dinklage) as someone who locals constantly poke fun at, are vital to Three Billboards Outside Ebbing, Missouri. By the time this film has run its course, love them or hate them, you will have strong emotions about every character in the movie.

The only fault that can be found in the film is that the pacing gets a little rough just before the final act. There are a few scenes that probably could’ve been cut to make the film play out a little cleaner, but it’s a very small gripe in what is overwhelmingly one of the best films of the year. The all-star cast knocks it out of the park and takes the audience on an emotional journey riddled with dark comedy and acts of violence. There’s a lot to take in, but you’ll be missing out if you don’t find the time to go see Three Billboards Outside Ebbing, Missouri.

About Three Billboards Outside Ebbing, Missouri

Synopsis: In this darkly comic drama, a mother personally challenges the local authorities to solve her daughter’s murder, when they fail to catch the culprit.

“The Trip To Italy” Movie Review

Annabelle Comes Homes | Another Thrilling Chapter In The Conjuring Universe