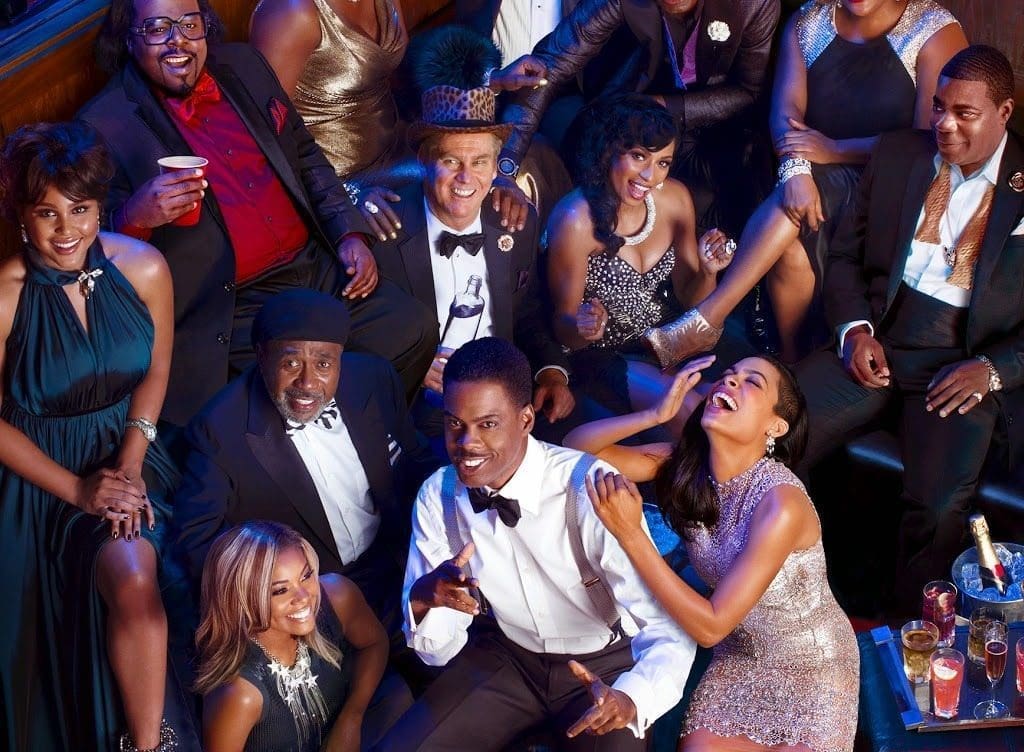 Top Five is a movie that covers many different genres. On the surface it’s a stereotypical Black comedy. You’ll hear a good number of racial slurs and from time to time it may even feel like you’re watching one of Chris Rock’s old standup routines. However, it’s also a movie about romance, and it has quite a bit of material that’s generally reserved for dramas.

Chris Rock plays André Allen, who is essentially a fictional version of himself. Allen started as a standup comedian who made it big in movies and now he’s trying to find the funny again. Rock is really hit or miss in this film depending on the scene. Sometimes he knocks it out of the park, while other times he feels awkward and almost out-of-place.

Rosario Dawson is easily the highlight of the film, turning in a very solid performance as Chelsea Brown, a reporter for the NY Times assigned to shadow Allen for the day. Gabrielle Union is very convincing as a reality-TV star and Allen’s fiancée, Erica Long. J.B. Smoove feels like a slightly more serious version of his Pooty Tang performance as Allen’s best friend and body-guard. Finally, while the previews would like you to believe Kevin Hart plays a big role in the film, what you see of him in the trailers is basically all of his screen time as Allen’s agent.

The first half of Top Five is your average Black comedy. Everything you’d expect from a Black comedy is here. Once you reach about halfway into the movie things start to drastically improve. Cameos start appearing left and right, with one in-particular that occurs toward the end of the film, which energized the audience and really made this movie hysterical. There’s also an underlying romance happening throughout the film that should appeal to fans of romantic comedies, and there’s plenty of drama when you start looking into Allen’s life, where he’s been and where his choices are about to take him.

To sum it up, the first half of Top Five may feel a bit stale, but if you can make it through that the latter half of the movie is top-notch. There’s a lot of humor, a bit of romance, and just enough drama to keep the audience grounded. The trailers for the film make it out to be a standard issue Black comedy, but it’s far more than that. It’s definitely worth checking out in theaters this weekend.

Synopsis: A comedian tries to make it as a serious actor when his reality-TV star fiancée talks him into broadcasting their wedding on her TV show.