Geoff Johns is something of a planner. He wrote Green Lantern for nine years, and plot points found within the final issues were seeded back in 2004; he constructed the mechanized story of the New-52-inducing Flashpoint series; he revitalized the flawed character of Aquaman in a brilliant scheme to take this photo. If Geoff Johns ran Geek News Network, the interview plans for 2020’s SDCC would have already been outlined. Everything on a Geoff Johns comic page is important, devised for the purpose of either character, plot, or long-form seed laying. And man, Johns’ seeds are everywhere.

So it’s something of an understatement to say “Trinity War” is organized. Arcs coalescing in the first issue were founded in the primer days of the New 52, and some even earlier. From Shazam’s familial maturity to Superman’s unrelenting devotion to Wonder Woman, everything status quo in the New 52 will most likely come to fruition within the pages of “Trinity War.” And what we’re left is the deviations of a superhero mastermind, cloaked in the synchronicity of these character’s heroics and relationships. To the freshest of eyes, “Trinity War” is a surface level hero-fights-hero event, with a predilection towards the eruption of bent-up tension.

But in the eyes of a comic fan, of those wearied members of our population that hand you trades and say, “No, no, I promise, this one’s not weird,” Geoff Johns is flexing his astronomical muscles, building up a world erased by the arduous shape shifting of the New 52 Relaunch.

Below is nothing but spoilers for Justice League #22 — DO NOT READ ON IF YOU WANT NOTHING SPOILED.

Madame Xanadu is our narrator. Fitting because she too is discovering for the first time how all of these mechanical narratives will fit together in that seamless Johns characterization. She reads the future of a woman’s palm and sees the world destroyed, the trinity of heroes overlooking, tattered. Do we know anything about this world, this war? No. Does it matter to us, descendants of Earth, LCS-goers, befitted with the anxieties of our day-to-day humdrum? No. But we see a world following a collapse, broken by a force they hardly understood, and the people we believe in, the people we’ve always believed in, siphoning their options for safety.

The universality of the word “trinity” already seems to be a motif in this event. There are the three Justice Leagues, the trinity of sin, and of course, Batman, Superman, and Wonder Woman. But where do the three connect? Is there even a connection? Maybe it’s just another case of DC’s overwhelming obsession with numbers picked out of a hat — The New 52 has 52 titles because one time, DC put out a title called 52. Yep. It had nothing to do with sale numbers or pie graphs. Nice one, Mr. Didio. Superman and Wonder Woman kissed in Justice League #12. It made headlines or whatever, but there’s no doubt the relationship has been off to the side a bit in the larger DCU. Geoff Johns, the constructor of moving parts, features their quips as Superman/Wonder Woman settles on the horizon. They argue like a couple in a Noah Baumbach-led indie film about the two most powerful beings in a fictional universe.

All of this set against the backdrop of the impending deaths of the Justice Leagues. Is it merely a coincidence that Superman and Wonder Woman’s relationship is centered around death and its impact on society? It would be if this was not a Geoff Johns event. There are no coincidences in Geoff Johns’ world.

Pandora reveals herself to Superman with the empty box of sin. “But there’s someone out there who can undo what I did,” she says. “Someone who can open this box and imprison sin once again. We can free humanity from evil. We can be free from my curse.”

Kind of like Radagast the Brown on acid, huh? The box bizarro then unbizarro’s Superman and conveniently enough, Wonder Woman’s fine and Pandora’s disappeared by the time Batman calls. Justice League #22 has that one Geoff Johns tick where all the concurrent streams intersect at odd intervals, and the story feels disjointed, like a bunch of outlines piled atop one another.

But then there’s Ivan Reis and you’re like, whatever.

Meanwhile Billy Batson has Shazamed and flown off to Kahndaq, in search of Black Adam’s resting place. Another Johns plan, Batson has grown from an Alpha-like jerk into the mature kid of kids, a thespian on the stage of his own foundation. He is individualized by age and magic, but also for the fact that his strongest allegiances are to a dead(?) wizard and several adolescent kids. He is no Justice Leaguer. So where does he fit within the Trinity? Fans knew previously that Doctor Light was the new character being introduced in “Trinity War.” Yeah, introduced, I guess. More on that later. “Trinity War” has been touted as the must-see DC event, but so was Flashpoint and the pull of Flashpoint was a solicitation for September. Is it possible that the anticipatory unveiling of Doctor Light was nothing but hyperbole for a story that would fail to shock until the ending? It’s what Erik Norris and Joey Esposito so eloquently call “Event Fatigue” and on a larger scale, it’s the bane of a superhero’s existence. Are these characters being destroyed by their own mega fame?

Well, Doctor Light’s not, at least.

The Justice League of America assemble like ninja turtles post-pizza-binge. How in the hell they stop anything by Aaron Sorkin-conversing their way up a plane’s staircase is beyond me. Geoff Johns’ humor is character based. Leave it to a comics expert to weave the biggest story of the summer around the blasé conversations of some men in tights. Vibe and Hawkman’s interaction represents the Matt Fraction and Mark Waid conundrum over at Marvel. Do superheroes relax their heroics so that their panels aren’t weighed down by the epic, but rather the intimate? Where is the middle ground? And now we have “Trinity War” unfolding before our eyes. No JL Dark yet, but future issues will yield their importance. Tensions build around all of these arcs – The JLA’s creation in response to the overwhelming power of the Justice League, Superman/Wonder Woman and Pandora’s box, Shazam’s allegiance to morality. And beneath all of this is Doctor Light, because he, unlike any of them, knows absolutely nothing about any of this.

And that’s why he dies. In the world of heroes and super beings, it’s the uninformed that perish. In a world where good beats evil, it’s only those unprepared to distinguish between the two that suffer.

Superman kills Doctor Light. This is the result. We see Geoff Johns’ coalescence and a new story forming. The story of Madame Xanadu, the phantom stranger, Pandora, and the rest of these oddball characters piecing together a coherent tale based upon the lies of all of these characters. Even while these characters try to kill each other, Geoff Johns reveals the million sentiments behind every action. It’s in this revelation that we see why superhero stories can be literature. We see inside their heads and know something horrific: even while they fight, they think they’re saving the world. A true review of this issue would subtract at least a point for what may go down as the worst page ever written by Geoff Johns. Behold, this guy: The smirk of a man who knows he’s saying nothing. First, when did Charlie Chaplin get a TV displaying the Justice League’s war? Second, how many villains are in this war? Suffice it to say, I thought this story was about the heroes going to war and them discovering that it was the villains all along. That’s what Geoff Johns said. This man’s importance will be revealed, but the nonsensical dialogue does nothing for such a mechanized issue. It’s a rusty gear in an otherwise flawless wheel.

Justice League #22 is a fabulous introduction to the groundbreaking series, “Trinity War.” It may not be the best thing Geoff Johns has ever written, but there’s no doubt that this is a Geoff Johns quality issue. I eagerly await the next installment.

– I confess to being somewhat ignorant of the Justice League issues between “Throne of Atlantis” and “Trinity War.” I know about the Atom, but not enough to truly write about her. Good twist in this issue though, and her screams echoing as the fight finally breaks is certainly a stand out.

– Props to Geoff Johns for seamlessly including another Aquaman quip, even while we’ve all agreed that he redefined the character.

– Plastique and the Secret Society look awesome, but the twist was forced, let’s be honest. I’ll write more about them as they become larger figures in the story.

What did you think about the story? Excited for part two? Let us know below in the comments! 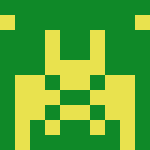 Comic Book Review – Spiders and Zombies and Dreams, Oh My!