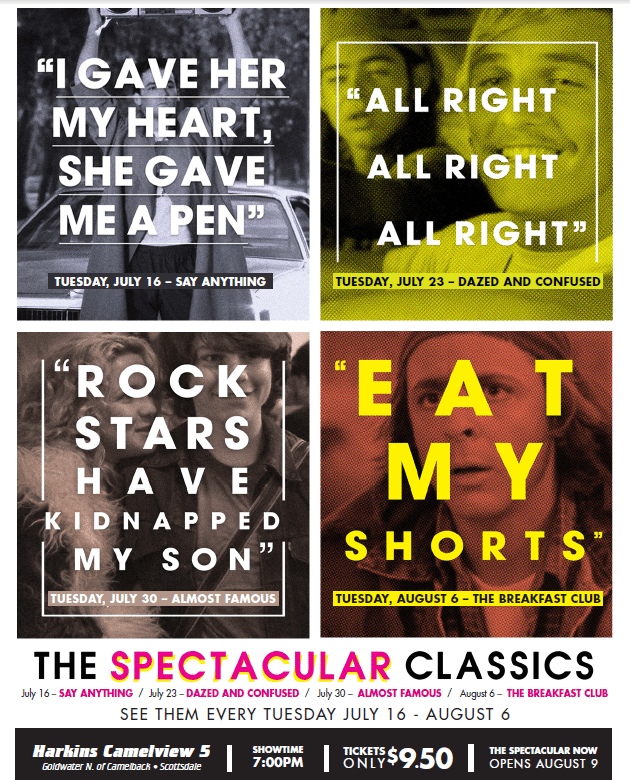 Harkins Camelview, here in the Phoenix area, is hosting a series of special screenings for classic teen movies from the last twenty years in honor of the upcoming movie The Spectacular Now. Check out the press release below to see what movies are playing.

The most celebrated classic teen films are back on the big screen with “The   Spectacular Classics” screening series taking place in 10 national markets, including newly added Harkins Camelview! The series will showcase an iconic coming-of-age

Never fear, readers who live in other parts of the country, we have a list of theatres who are also participating in this awesome event.

Check out the trailer for The Spectacular Now below.

The Fate of the Furious, Trailer and More!

The Awesomes – Premiering Soon on Hulu