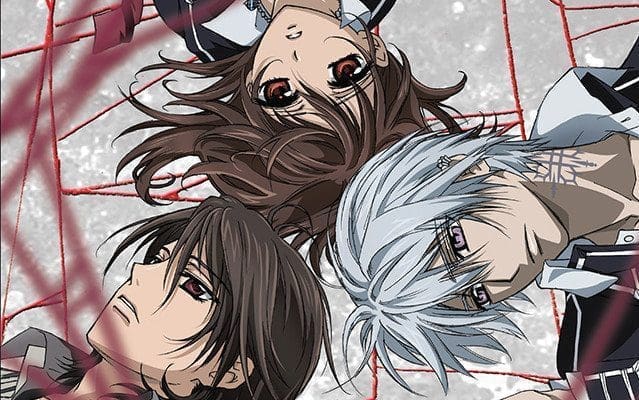 VIZ Media, LLC (VIZ Media), the largest distributor and licensor of manga and anime in North America, has released the brooding gothic melodrama – VAMPIRE KNIGHT – in a comprehensive DVD box set that contains both seasons of the hit anime series in a single new edition.

The new box set contains VAMPIRE KNIGHT as well as VAMPIRE KNIGHT GUILTY, for a total of 26 episodes. Gorgeous O-card box art features foil embossed stamping, and a special illustrated chart is also included that shows the relationships between all of the series’ key characters. English dubbed 2.0 audio is available as well as the original Japanese dialogue track with English subtitles.

Yuki Cross can’t remember anything earlier than the day ten years ago when she was saved from a vampire attack by Pureblood vampire Kaname Kuran. Now Yuki, along with her partner, Zero, is a Guardian at Cross Academy, where two groups of students, the Day Class and the Night Class, coexist in relative harmony, despite the fact that the Night Class students are all vampires! But their peaceful existence is threatened when Yuki’s memories of a bloodstained past begin to emerge, and a dark shadow of evil looms ever closer!

“Audiences can return to the ominous Cross Academy and savor the gothic romance and bloodlust, dark characters, and beautiful artwork that have made the VAMPIRE KNIGHT series such a hit among anime fans,” says Charlene Ingram,Senior Manager Animation Marketing. “For the first time, both seasons of VAMPIRE KNIGHT are available in a single complete DVD box set. For anyone that has yet to see this acclaimed series, the new release is also an ideal way to catch it in its entirety.”

VAMPIRE KNIGHT and VAMPIRE KNIGHT GUILTY are based on the best-selling manga series created by Matsuri Hino (rated ‘T+’ for Older Teens; published in North America in-print and digitally by VIZ Media), who burst onto the scene in Japan with her debut title, Kono Yume ga Sametara (When This Dream Is Over) in LaLa DX magazine. With the success of subsequent series such as CAPTIVE HEARTS and MERU PURI (both also published domestically by VIZ Media), Hino has become a major force in the world of shojo manga.