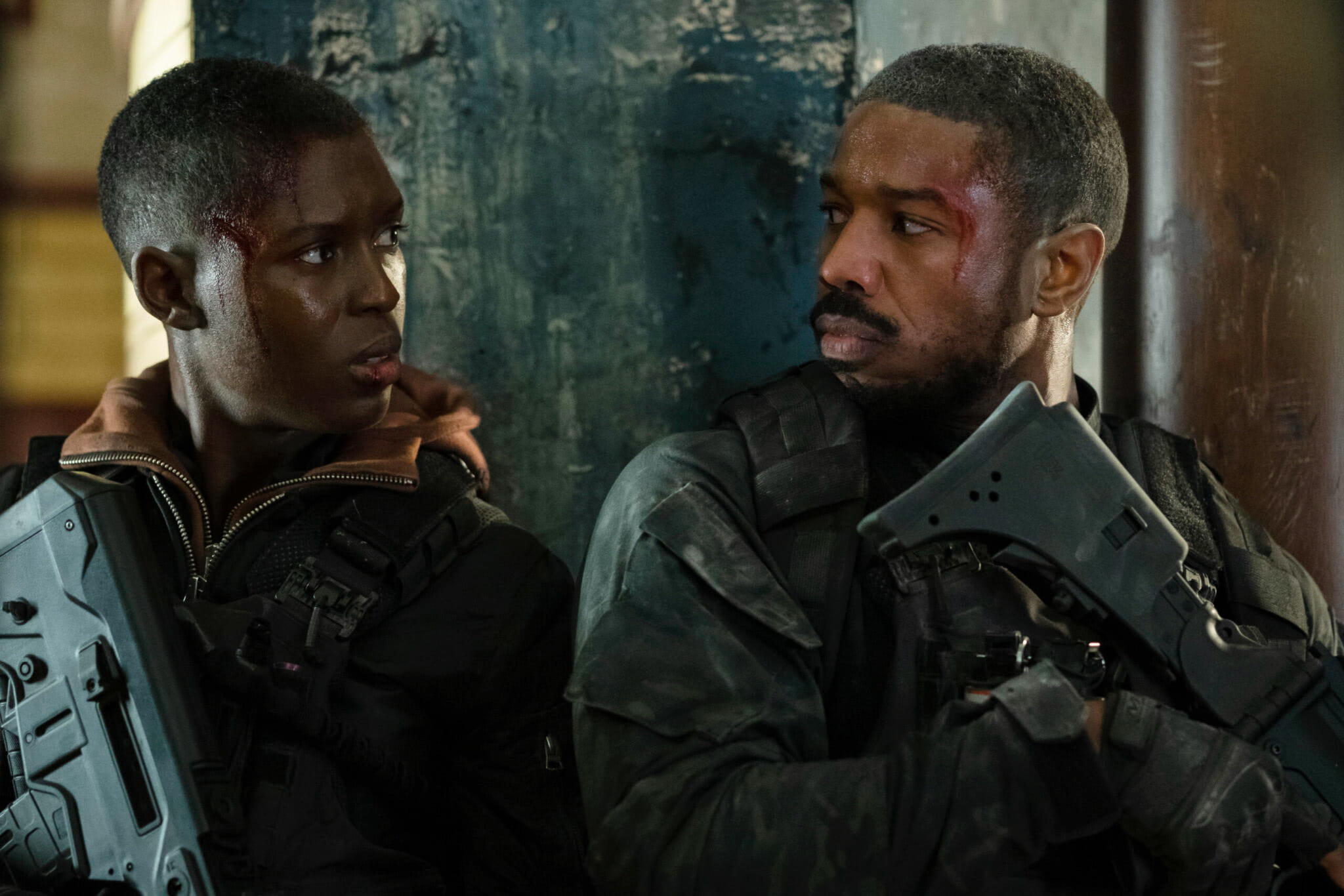 There have been a plethora of movies, TV shows, video games, and more, focused on the late Tom Clancy’s various novels. The latest Tom Clancy feature film is Without Remorse, a Michael B. Jordan vehicle that will be coming to Amazon this week. Jordan is a significant force in Hollywood right now, but that doesn’t necessarily translate into a top-notch film. Find out more in our full review of Without Remorse.

The cast of Without Remorse is outstanding. Michael B. Jordan plays the main character, John Clark (originally known as John Kelly), while Jodie Turner-Smith plays Karen Greer, the niece of James Greer (played by James Earl Jones in previous films). These two alone would create a stellar cast, but then you add Guy Pearce as Secretary Clay and Jamie Bell as CIA agent Robert Ritter. It’s a star-studded cast, but that isn’t always enough to craft a good film. You need a solid script and good direction, both of which are severely lacking here.

If you’re familiar with the John Clark character from Clancy’s various novels, most of that doesn’t apply to Without Remorse. The property has been updated for modern audiences, which means the character is no longer the first Navy SEAL. Much of the back story that created John Clark in the novels have also been changed considerably in the film. Tragedy still strikes the character, but it has a very different and overall muted tone compared to the novels.

We’ve learned over the years that most films that aren’t original properties are going to make some adjustments to the source material. The adjustments in Without Remorse remove some of the nuances of the John Clark character, but that isn’t the main problem with the film. Jordan makes Clark larger than life and a fierce military opponent, but the hollow script he’s given to work with drains the character of emotion. Even when met with tragedy, the emotion conveyed by Jordan feels out of place and awkward. It’s as if Jordan is a man on fire, but it’s a campfire instead of an inferno.

Coming off of a breakout performance in Queen & Slim, Jodie Turner-Smith simply feels miscast in Without Remorse. Her take on Lt. Commander Karen Greer is soft-spoken and lacks the conviction of a seasoned military officer. Even when the action heats up, she’s either being saved or having difficulty finishing off her opponent. When she’s placed opposite Jordan’s John Clark, the contrast is even more jarring.

Script and casting issues aside, Without Remorse, is also without heart. The plot is all over the place and makes you feel as though you’re missing the back story of these characters. The film moves quickly from scene to scene, without taking a moment to let the audience absorb what’s happening. By the time the credits roll, the motives of half the characters are murky at best, with some just being outright nonsensical.

As with almost every big-budget Hollywood film these days, Without Remorse ends with the setup for a full series of films. Oddly enough, despite how poorly executed this film is, there’s still promise for what’s to come. A new creative team would be needed to add a little soul to the characters, but the groundwork is there. If we get additional films in the series that can channel some of the emotion found in The Hunt for Red October, or the visceral action of the Bourne franchise (not Tom Clancy, but the point stands), this could be a film series to keep an eye on.

Without Remorse kicks off Michael B. Jordan’s Tom Clancy career with a whimper and fleeting hope that a superior creative team can bring life to the character in the next potential film. As it stands, this is easily one of the weakest entries in the long line of Tom Clancy films, which is disappointing considering the high-profile cast involved. If this were a straight to Amazon film, some of these issues would be understandable (most Netflix films are atrocious, especially compared to the high quality of many Netflix series), but this was a film originally produced by Paramount for a theatrical release. It was only sold to Amazon when the COVID pandemic hit and theaters were effectively shut down.

Synopsis: John Clark, a Navy SEAL, goes on a path to avenge his wife’s murder only to find himself inside of a larger conspiracy.