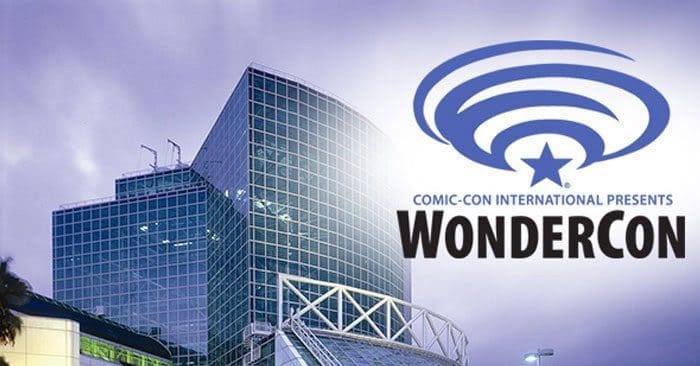 Having never been to WonderCon, I wasn’t quite sure what to expect. However, this particular event was akin to what I, personally, enjoy from comic conventions. WonderCon 2016, did not disappoint.

First, WonderCon was very organized. The staff was very knowledgeable, courteous and helpful. I was wandering in front of the exhibit hall walking in circles with the most confused expression when I was approached by a staff member who quickly pointed me in the right direction. This help set a very amicable tone for the rest of the convention.

Of course, WonderCon had plenty of what we all love to see, and that is the amazing cosplayers. Fortunately, there were quite a few gatherings and meetups by genre, mashups, and fandoms. This meant many groups had organized coordinating cosplays and it was such a pleasure to see so many people from various walks of life unite in the joy of cosplaying. Still, there were those people who were less than friendly and I could audibly tell they were fat-shaming and slut shaming cosplayers who put in who knows how many weeks of work into something that they loved. This was disheartening as I could hear cosplayers confide in one another, how much they just wanted to participate in the “play” portion that is cosplay. In that group, there were some duplicate cosplays, but no malice between cosplayers. They created a little safe haven on the second floor to vent and decompress amongst themselves after enduring unwarranted bullying.

The exhibit hall at WonderCon was packed with vendors, artists, and some of my favorite stars for the 90s signing autographs. The lines for these stars were not as long as I thought they would be, and many of them took their time while conversing with fans. The artists were leisurely drawing or frantic trying to fulfill the demand for their work.

Lines for the panels were orderly and people were really patient with trying to get in to see their favorite stars, writers, and activist. Unfortunately, I missed Kat Blaque’s panel “Transgender in Popular Media,” but it sounded interesting and I think panels tackling diversity as far as orientation, nnonbinary race and social justices issues and their relation to pop culture would be very enlightening. I did see Marvel’s “Agents of S.H.I.E.L.D.” panel and it was one of the most jovial panels I’ve ever attended. Jeph Loeb, the show’s executive producer, treated fans jokes with cast members as well as an exclusive poster. During the Q&A portion, a young man with Downs walked up to the table where Clark Gregg (Agent Coulson) was seated and asked him for a hug. And in a moment of kindness, Gregg walked down and gave the man a huge hug. Not only that, but a young girl by the name of Raylene had difficulty asking her question as she was experiencing a major fangirl moment. The cast invited her up on stage where she began to cry a little bit. Gregg and Chloe Bennet (Skye/Daisy) calmed her down and asked her to stay on stage with them after she finished the uestion. This will definitely be a WonderCon that the little girl remembers for a very long time. Another fan was brave enough to ask for a clip, but Loeb went ahead and showed the first episode of the new season. No spoilers, I promise. This cast was very social and I even snuck in a selfie with Luke Mitchell (Lincoln Campbell).

Saturday at WonderCon, Star Wars fans got a treat by listening to the visual effects team of the film Star Wars: The Force Awakens. Not only that, but they were treated to exclusive footage in anticipation of the film’s BluRay release. Other news includes the release and production of a Netflix Original Series call “Voltron: Legendary Defender.” The show will consist of  Kimberly Brooks (Ben 10: Omniverse, Justice League: War) as Princess Allura, Rhys Darby (What We Do in the Shadows, Flight of the Conchords) as Coran and Josh Keaton (Green Lantern: The Animated Series, Transformers Prime) as Shiro/ Black Lion. The series is set to premiere June 10, 2016. Just in time to binge away your summer.

Next year, WonderCon is going back to the Anaheim Convention Center, which is smaller than the Los Angeles Convention Center. There are some concerns among con-goers citing the smaller size of the convention center in Anaheim may make it difficult or impossible for them to attend. Seeing as how it is in close proximity to Disneyland, it may be difficult to navigate parking and dealing with traffic from the amusement park. On the other hand, it may prove convenient for Disney cosplay enthusiasts to visit both in one, long, exhausting, yet fun-filled day.

All in all, WonderCon was a successful, fun and informative event. It will be interesting to see how next year will be in Anaheim. Attendance might be better because it won’t be on Easter weekend.