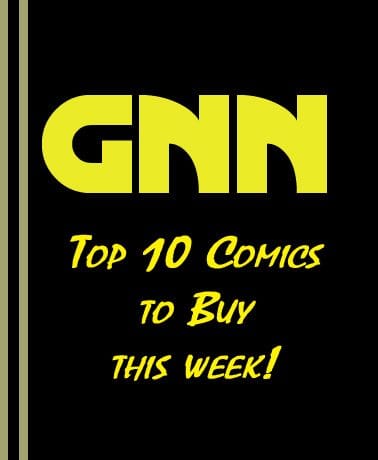 All hell broke loose in Buddy Baker’s life and it only seems to be getting worse. We are only one issue away from the crossover of the century –The Rot vs Swamp Thing/Animal Man! It’s going to be the bee’s knees. Also this issue includes art duties by Alberto Ponticelli who has been stellar thus far in Frankenstein Agent of S.H.A.D.E

Issue six was what I hoped issue one was. I had to read five issues to get to this point but I can’t wait to see what happens next. Now its Matt Fraction’s turn on writing duties and Olivier Coipel continuing on art duties.

Geoff Johns and Gary Frank. Dishes are done, buy this.

Greg Rucka is the man when it comes to writing The Punisher. This series has been filled with tension, action, eye patches and beards. I can hope Rucka stays on this forever.

If you haven’t kept on Hack/Slash now is a good time to jump on. They have guest writer Justin Jordan on the next story arc. If you don’t know Justin Jordan go pick up THE STRANGE TALENT OF LUTHER STRODE and be amazed by awesome.

Len Wein and artist Jae Lee tackle one of Watchmen most notorious characters. I hope they deliver since the other books have been so-so. Also will we get to see Bubastis as a kitten?

Steve Gerber is considered a great and when you mix in beautiful art by Kevin Nowlan you get this. And come on, Its Man-Thing.

I am late to the party when it comes to The Capebut I can finally jump on this prequel mini-series. Joe Hill has been knocking it out of the ball park with Locke and Key so I know this will rule.

Acclaimed novelist China Mieville has really made Dial H cool as hell. I mean last issue we got Pelican Army. PELICAN ARMY. I only hope we get more…..

The return of the lizard continues with ASM #689. Morbius went snooping around where he shouldn’t and now they claim to have cured Curt Conners, but is he really? Hopefully we get the answers in this issue!