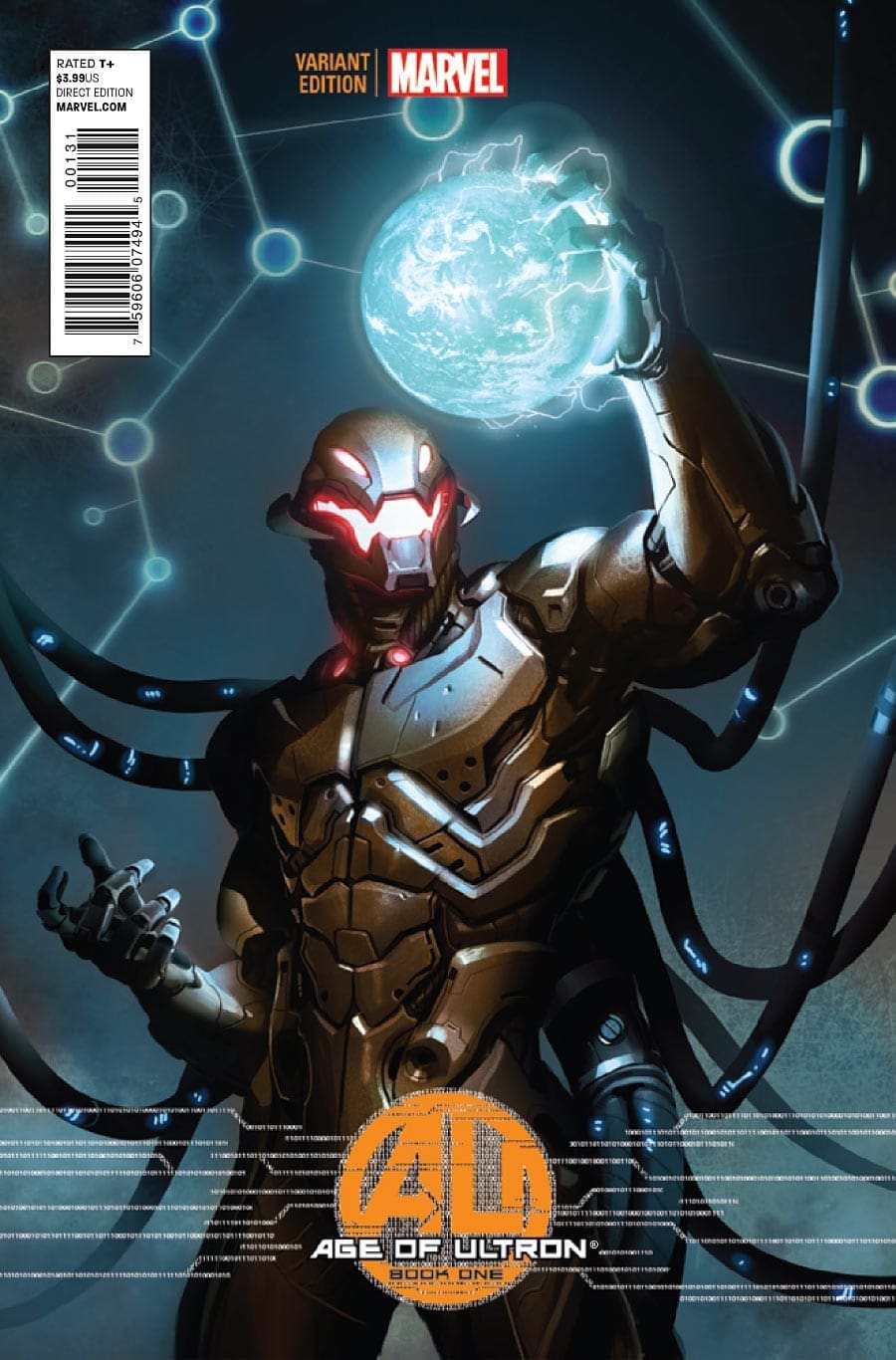 The horrible tragedy of ROTWORLD weighs heavily on the Baker family.

Nothing will be the same for Animal Man after this issue!

Swamp Thing makes the ultimate sacrifice in an attempt save the world from the Rot!

This issue marks the end of life as Swamp Thing knows it! The Nelson family’s sojourn is almost over-but will they make it out alive? ‘Only the Devil knows for sure.’ Batman vs. The Penguin!

The stakes are high, and even if Batman wins he loses!

Plus, in the backup feature, it’s the origin of Ignatius Ogilvy, the new criminal kingpin of Gotham City. After a bizarre family reunion, Hellboy can barely process the new information, and the things he’s done, since arriving in Hell. But Mike Mignola has one more revelation before concluding this first monthly run of the story we’ve built to since 1994 . . .

* Death was only the beginning!

* The bizarre origin of one of Mignola’s most enigmatic characters. How will the Earth’s Mightiest Heroes react to the time-swept X-Men? Oliver Queen has lost everything: His company, his money, his friends and most of his arrows. It’s all because of one man: Komodo, who has come to tear Ollie’s life to shreds!

From the ashes, Ollie must uncover the secrets of his father’s past — secrets of the island and Ollie’s own uncanny ability with the bow. The EISNER AWARD-WINNING team of JIM McCANN & JANET LEE reunite to create a universe filled with intrigue as one gambler-turned-slave has 24 hours to go all in and pull off the greatest heist the universe has seen. (in this next section, can it be like a brochure, like a different font? If not, italics is cool)

Aboard this luxurious casino-filled traveling space-station you will find the highest stakes games from every corner of every planet, unheard-of winnings, and the greatest attractions anywhere!* (Can the below section be a smaller font size?)*the fine print- those who bet it all and lose must work it off as indentured servants to the casino. Escape is not possible. No one is exempt from these rules.

Finally, a good reason for you to come in the comic book store — to buy SEX!

Simon Cooke has retired from his own ‘alternative lifestyle’ and returned to the city he’d previously sworn to protect. Now he’s just another average citizen — or is he?

The term ‘adult’ has never been so appropriate as it is when it applies to SEX. ‘Once the threshold of Helheim is crossed, not even gods can escape.’

During the age of the Vikings, savage wild men and dark creatures beset a small settlement. A brave war party stands as guardians of the helpless villagers, but they are no match for the horrors rising up around them. One of the warriors, a young hero named Rikard, will pay the ultimate price in battle. . . but his fight is far from over.

A gothic horror story of witchcraft, night creatures, and the undead.

For years the heroes of the Marvel Universe have lived in fear that the artificial intelligence known as Ultron would one day evolve to fulfill its desire to wipe out all organic life and take over the Earth — that day has arrived.