Albuquerque, NM – Authentic costume wearers representing Darth Vader, Batman, Darth Maul, and Predator mingled in among this year’s visitors at the Albuquerque Comic Con held January 12-13, 2013 at the spectacular Hard Rock Hotel and Casino. Attendees from the age of only two-months-old to senior citizens, and one small pooch wearing an R2D2 costume, moved like a colorful electric wave through the convention.

Denise Crosby was among a group of guests that offered hour-long symposiums. She spoke about her roles as Rachel Creed in Pet Cemetery and Lieutenant Tasha Yar in Star Trek: Next Generation. Crosby also shared the news with symposium attendees that she recently recorded some excerpts for Star Trek Online. Other symposium speakers included Noah Hathaway (Sushi Girl), Bill Morrison (Simpson’s and Futurama), Butch Patrick (aka Eddie Munster), and John Shea (Lois & Clark). Guests that held symposiums had their booths in the fairway of the convention. For reasonable fees fans were able to visit the tables at their leisure and get an autographed photo and have a photo taken with the celebrity.

Jason David Frank (JDF) from the “Mighty Morphin Power Rangers” was among the distinguished guests. JDF played the Green Power Ranger and is adored by fans of several generations. This display of fan-damonium for the Green Power Ranger was made most apparent by the loud calls of power echoing through the venue each time he was recognized. JDF posted a fun short video of his visit to the 2013 Albuquerque Comic Con to his Twitter page @jdfffn that can be viewed here – http://twitter.yfrog.com/0mtnlyxnatzapdbjodqpewkaz.

For those attendees seeking traditional, well-honored, and new Comic Book artistry the 2013 Albuquerque Comic Con did not disappoint. Spectacular artwork surrounded the “Comic Alley” booths of such artists as John Metcalf (Wrath of the Titans), Aaron Campbell (Shadow, Green Hornet), and Sketch Card Artist/Comic Artist Patrick Finch. Vendors of Comic Book issues, artifacts, and collectibles, a variety of posters, swords, and Minecraft paraphernalia were also in the “Comic Alley” and they sold their goods to very excited attendees.

A unique and free type of entertainment accompanied this Comic Con with the “Battle of the Bands” Final Round from Co-Lab Entertainment. On Saturday night of the convention, G Tom Mac, Leanna Decker, and Honky Tonk Man were special celebrity judges of the Final Round. Of course a Comic Con is not complete without a Costume contest. Two such contests on each night and the crowd enjoyed every minute if them. A few new young geeks were surely formed during the amazing displays of comic honor.

Among all the great activities of the 2013 Albuquerque Comic Con is one that stands out as truly wonderful. Donations, estimating $2500, were collected for a four-year-old girl Lilly, who is suffering with Acute Lymphoblastic Leukemia. David Harrigan, the Comic Con’s official artist, created an Albuquerque Comic Con Black Cat Exclusives poster that sold for $15.00 with $5.00 from each poster being donated to Lilly. A surprise donation also came from Richard and Wendy Pini, creators of Elf Quest, who donated one leg of their trip to Lilly. These donations are a fantastic display of Super Hero compassion… way to go Albuquerque Geeks! 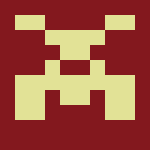