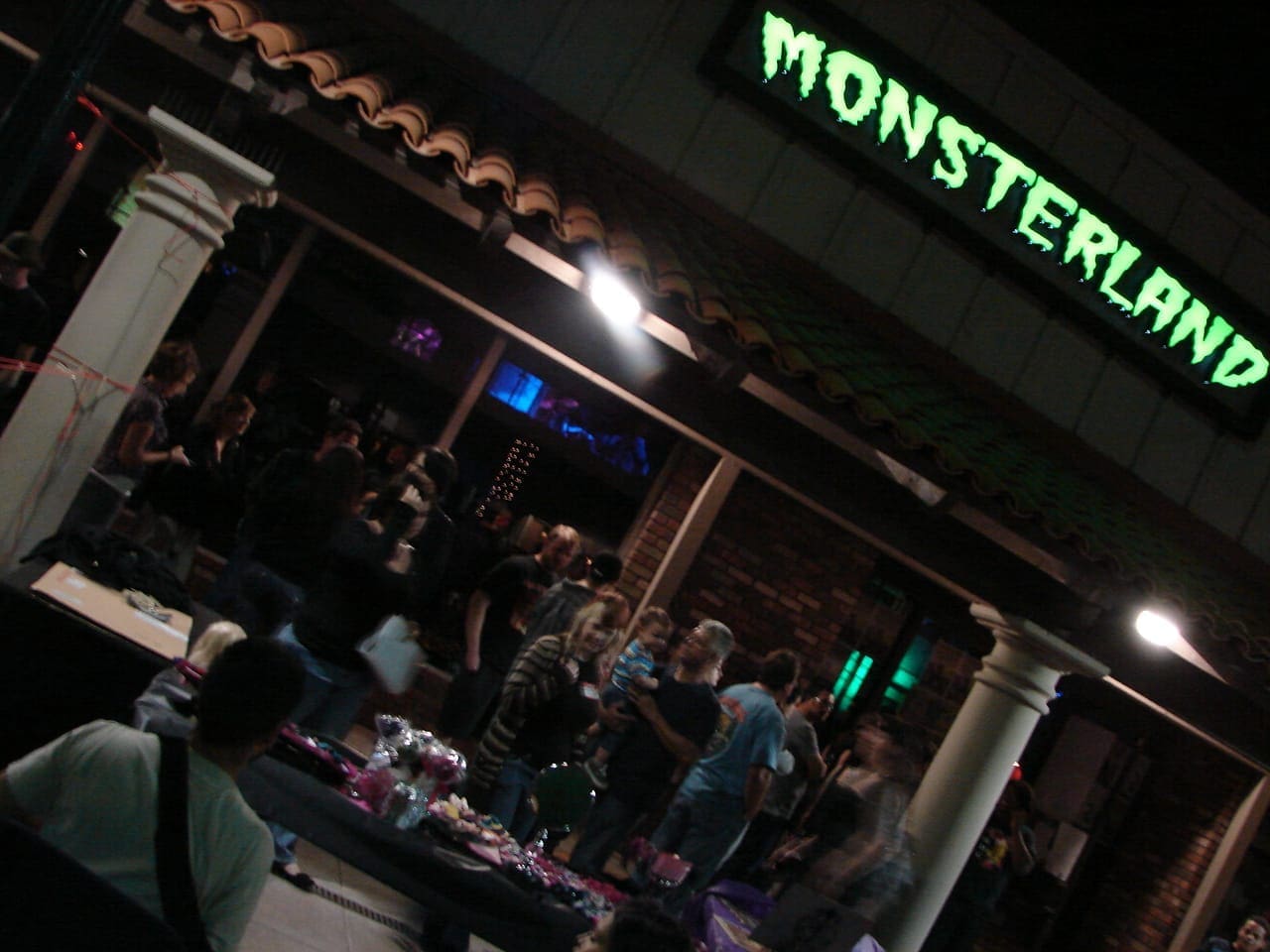 Mesa, AZ – 04.13.12 – If there was any time to attend a Second Friday event in Downtown Mesa, then this night was the night to start. Not only was it Friday the 13th, but it was an aptly chosen day for Monsterland Bar & Grill to open its doors to the public. The excitement in the air was quite evident from the long line of patrons waiting to be a part of the festivities. And Monsterland did not disappoint. Everybody got a mini tour of the monster museum. Plus what would a party be without an 80s cover band? They had The 8Teaze Band performing on a stage high above the dance floor entertaining patrons with hits from Billy Idol, Duran Duran, Ray Parker and more. And to cap the night off, a Delorian was parked just outside for our inner Marty McFly to drool over in nostalgic ecstasy. Though the party was at Monsterland, the rest of Downtown Mesa was  rocking Friday the 13th like no other. The Phoenix Comicon street team was also out in full force, Aaron Gardy of House of HaHa was promoting his merchandise and all of this in front of Gotham City Comics and Coffee, the premiere destination in Mesa for all things Pop Culture. And if that was not enough, Mister Sort of a Big Deal himself Brian Augustyn and Big Chris of BigChrisArtBiz was in the house with other local talents including Toni Darling, Wayne Gardiner, Ben Glendenning, and Shelby Robertson out supporting the local community.

A brief history for any of you that are unfamiliar with Monsterland, it started out as a seasonal haunted house attraction with two floors of state of the art animatronics, Hollywood FX and full scale reproductions to scare even the most seasoned of monster hunters. But why not use the space for the off season? Well, that is how Monsterland BAR & GRILL came to be. With a lifted stage for live bands, state of the art sound and lighting for the most talented local DJ’s, and the most creative food and drink menu this side of the valley, there is no reason not to see Monsterland continue to help transform Downtown Mesa, as Gotham City Comics has, into a destination for pop culture enthusiasts.

Check out the photo gallery below for a more in depth look at the festivities of 2nd Friday & Monsterland Grand Opening!

‘The Last of Us’ Demo Now Available to Download; 14-Minutes of...