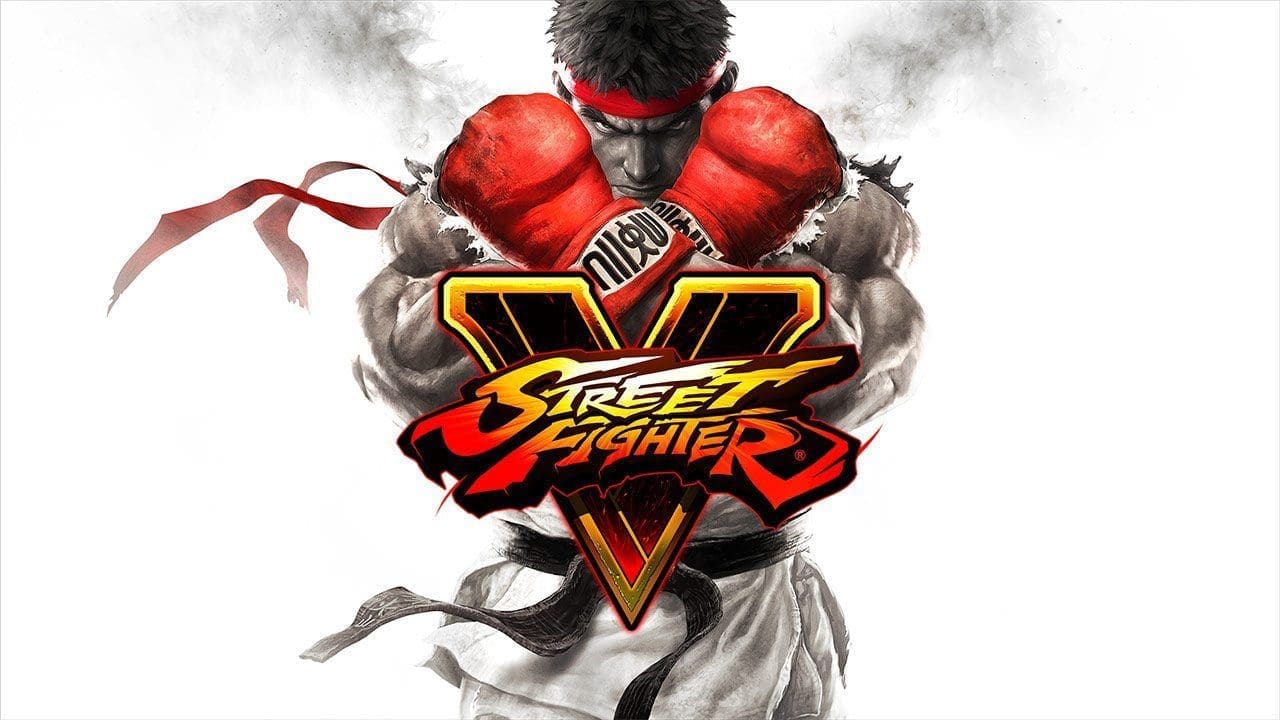 If Street Fighter V posted on Facebook, its relationship status would be “It’s Complicated”. On the one hand, it’s a top-tier fighting game that’s easy to learn, controls wonderfully, looks great, and is a fine addition to the series. On the other hand, the game shows undeniable signs of being rushed to release and at the moment weighs a little heavy in favor of a very specific audience. The game does a fine job of grabbing your attention, but whether or not it holds is entirely contingent on the type of player you are and what you value most in a fighting game. Before we get to that, however, let’s go over the basics.

In typical Street Fighter fashion, two characters punch, kick, and throw various substances at each other until one of them is knocked unconscious, which I’m pretty sure is illegal on most of the planet. You have your usual health meters on the top of the screen and the remaining round time nestled in the middle. The Stun Meter (missing since Street Fighter III) makes a return appearance right underneath the health bar, giving a visual indication of how close you are to dizzying your opponent. On the bottom of the screen is the EX meter used for performing EX attacks (more powerful versions of special attacks) and Critical Arts, a very powerful attack that causes a large amount of damage if it connects. This is all pretty standard fare for fans of fighting games in general, and if you’ve played a Street Fighter game at any point in the past, you should feel right at home here.

Some of the more prominent changes will likely only be recognized by those familiar with the series. A good amount of returning characters have undergone both aesthetic and mechanical changes, sporting new outfits, changes in hair styles, and most importantly changes to move sets. For instance, characters known traditionally for using charge commands have had their special attacks changed to use motion commands in many cases, making these special attacks easier to execute. The wake-up game has seen some needed tweaks as well. When your character is knocked down, you now have the ability to perform a dodge-roll of sorts, in addition to a quick rise. Crush Counters are attacks that cause heavy hit stun on counter hits, and have been added to offer more opportunities for combos. If that all sounds like gibberish to you, just nod your head and smile knowing that these additions are very welcome.

The roster this time around consists of a mixture of series veterans, long absent characters, and a few newcomers. Making a return are fighters such as Ken (with a new outfit and hairstyle), Dhalsim (with an awesome new beard), and Cammy (who continues to wage war on pants). Birdie, Karin Kanzuki, Charlie Nash, and Rainbow Mika make an appearance, characters we haven’t seen since the Alpha series. The four newcomers are a nice addition and fit into the Street Fighter universe rather well. Rashid is a Middle Eastern fighter with a variety of wind-based attacks. Laura is a Brazilian jiu-jitsu master with electrically charged grapples and throws. F.A.N.G. is a new villain with the ability to poison his targets. Necalli is a wild-eyed, ferocious character with a taste for human souls and hair that could host a sweet rave party. With sixteen initial characters to choose from (and more coming through DLC), the line up contains enough fighters of differing play styles that you shouldn’t have too much trouble finding one that works for you. I personally found myself wanting to try out different characters that I normally wouldn’t, due to the inclusion of a new system that really sets Street Fighter V apart from its predecessors.

New to this installment is the Variable System or V-System for short, which I honestly believe is one of the best additions to the series after the needlessly complex focus system of Street Fighter IV and the brilliant parry system of Street Fighter III. This new and pleasingly simple system allows each character to perform one of three special techniques: V-Skill, V-Reversal, and V-Trigger. There is a new resource bar located above the EX meter known as the V-Gauge. The length of the gauge depends on the character but will always be separated into two or three segments, each segment representing one charge. Filling the V-Gauge requires you to either take damage or regularly perform a V-Skill. The gauge is depleted upon using the V-Reversal or V-Trigger. So what are these techniques? How do you use them? Why do they sound like they were named by a 60’s era comic writer? I have no clue on that last question, but I can explain the first two.

V-Skills are techniques that are unique to each character performed by pressing the medium punch and medium kick buttons simultaneously, and do not use any charges of the V-Gauge. Ryu’s V-Skill, Mind’s Eye, allows him to parry attacks similar to the same system in Street Fighter III. Chun-Li‘s Rankyaku is a quick dash into the air useful for escaping corners or setting up air combos. Nash’s Bullet Clear can absorb any single hitting projectile. V-Skills are very versatile and can add a lot of excitement (or frustration) to a fight depending on the situation.

V-Reversals are counterattacks performed by pressing forward and a combination of all three punches or all three kicks (depending on the character) while blocking an attack. The reversal will instantly stop your opponent from attacking and may push them back or move your character to the other side of the screen to give you a bit of breathing room. V-Reversals will use one charge of the V-Gauge.

The final technique is the V-Trigger, another unique skill that differs from fighter to fighter. Performed by pressing both heavy attack buttons simultaneously, the V-Trigger typically acts as an augment to your character, increasing the effectiveness of their attacks. M. Bison’s Psycho Power will increase his movement options, changing his dashes into teleports. R.Mika will call in her tag team partner Nadeshiko to strike the opponent from one of three directions. In some cases the trigger may simply perform a strong attack, such as Vega’s Bloody Kiss or Zangief’s Cyclone Lariat. Activating the V-Trigger requires the V-Gauge to be completely full, and either fully deplete once activated, or drain out over time.

The game is an absolute blast to play, but isn’t without its issues. As of this writing, single player options are very limited. Story mode is pretty straightforward, allowing you to learn a bit about each character and what they’ve been up to. Emphasis on the phrase “a bit”, as these stories range anywhere from two to four single round fights with the opponent A.I. turned way down. It isn’t particularly challenging and can be completed with each character in a couple of hours at most. There are also Training and Survival modes, the latter a set of consecutive fights against a set number of opponents using a single health bar. That’s all she wrote on single player content. There is no arcade mode and no options to fight the CPU in versus mode. Capcom claims they will unlock the Challenges mode and in-game shop sometime in March, and a full –featured story mode in June. Multiplayer modes are a bit more fleshed out offering both local and online options. You have a choice between Ranked and Casual modes when hopping online, ranked allowing you to earn League Points (LP) by winning matches. The game also offers cross-play between PlayStation 4 and PC users so pick your controller of choice and go for it. (The PS4 version also supports PS3 compatible fight sticks if you’re into that kind of thing. I won’t judge.)

While connected online, you can earn an in-game currency called Fight Money through both single and multiplayer content. Fight Money can be used to purchase anything in the shop (once it opens) including new outfits and even new characters once they’re released (you could also be lazy and purchase Zenny, another currency purchased with real world money). This is nice feature but it’s completely dependent on the game’s server stability, which has had issues since launch (but appears to be improving). Random disconnects were fairly frequent for me personally and I’ll go ahead and save you from my rant on how the game will kick you out of whatever mode you’re in back to the main menu anytime that happens, even training mode, and hypothetically during the last fight of a flawless survival run when you’re about two hits away from victory. Nope, not getting into that…

From a game play standpoint, Street Fighter V is a great continuation to the series. It’s easier than ever to get into, fun to watch, and the V-System adds a new level of depth and uniqueness to each fighter. Server issues, missing features, and underwhelming single player options prevent the game from being top of the class, however. If you are a more casual player, I would highly suggest waiting until the end of March before considering a purchase, perhaps even June if you want to be extra sure the game will have more to offer you. For the more competitive players out there, I can definitely recommend a purchase now. This is some of the best street fighting you can (legally) participate in.

Street Fighter V is available at retail and digital download for PlayStation 4 and PC.