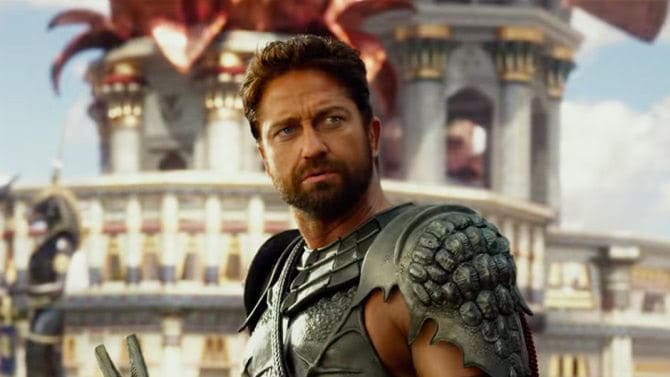 The movie making process can be long and sometimes arduous. There are a good number of movie executives who simply don’t know what the movie-going public wants, then there are times when the budget of a movie determines what decisions are made throughout the development process. Gods of Egypt feels like a movie that had some trouble during development, or at the very least had too many hands involved in the writing process. To be clear, Gods of Egypt is only credited as having two writers, so perhaps it’s simply a poor script, but it feels as though a lot of good ideas hit the page, then got scrapped before anything was actually filmed.

Coster-Waldau plays Jaime Lannister in Game of Thrones, and that’s exactly who he plays in Gods of Egypt. He acts exactly the same as he does in Game of Thrones, so much so that you wonder if this was a directorial decision or if he simply doesn’t have the acting range to play a different role. His performance isn’t a bad one, but it feels a bit lacking since it’s so similar to what we’ve seen from him in Game of Thrones.

Joing Coster-Waldau is Brenton Thwaites as Bek. Bek is the character that advances the story of the film at almost every turn. He’s a mortal who is motivated by love and seems to have more skills than some of the Gods in the movie in terms of what he’s able to accomplish. He plays a typical cocky thief role that you’ve probably seen in at least a dozen other films, so once again, nothing new here.

Rounding out the headline performers is Gerard Butler as the primary antagonist, Set (God of War), Chadwick Boseman as Thoth (God of Wisdom), and Elodie Yung as Hathor (Goddess of Love). Gerard Butler offers a similar performance to Coster-Waldau. This is the same Butler you’ve seen in 300 and similar films. Boseman stands out a bit, simply because he gets to show off his acting range with Thoth. In some cases it may feel as though he’s over-acting, but his performance fits the film perfectly.

The difference between Gods and mortals in Gods of Egypt is that Gods are about nine feet tall and have the ability to transform into larger humanoid, bird-like creators. It feels almost like an anime in how the battles play out in the film. In most cases the Gods fight in human form, but then when it’s time to get serious they transform to finish the fight.

There’s a decent story in Gods of Egypt, but it’s buried under a sea of CG effects and action sequences. The film seems to rush the story along just so it can get to the next action spectacle. If you’re debating between 2D and 3D, go ahead and skip out on any 3D viewings. Many of the battle sequences are dark as it is, and the added 3D element just makes them even darker. In many cases it was difficult to discern what was going on or why one of the Gods was knocked to the ground.

If the story in Gods of Egypt had been more fleshed out, or the writers had simply spent another 15 or 20 minutes developing the story instead of rushing to the next battle sequence, this might have been a solid film. Instead, we get a CG set piece that plays poorly in 3D and is more about blurred action scenes than anything of real substance. It’s not a terrible film, but you won’t be missing out if you wait until this one hits premium cable networks, or even Netflix.

About Gods of Egypt

Synopsis: Mortal hero Bek teams with the god Horus in an alliance against Set, the merciless god of darkness who has usurped Egypt’s throne, plunging the once peaceful and prosperous empire into chaos and conflict.