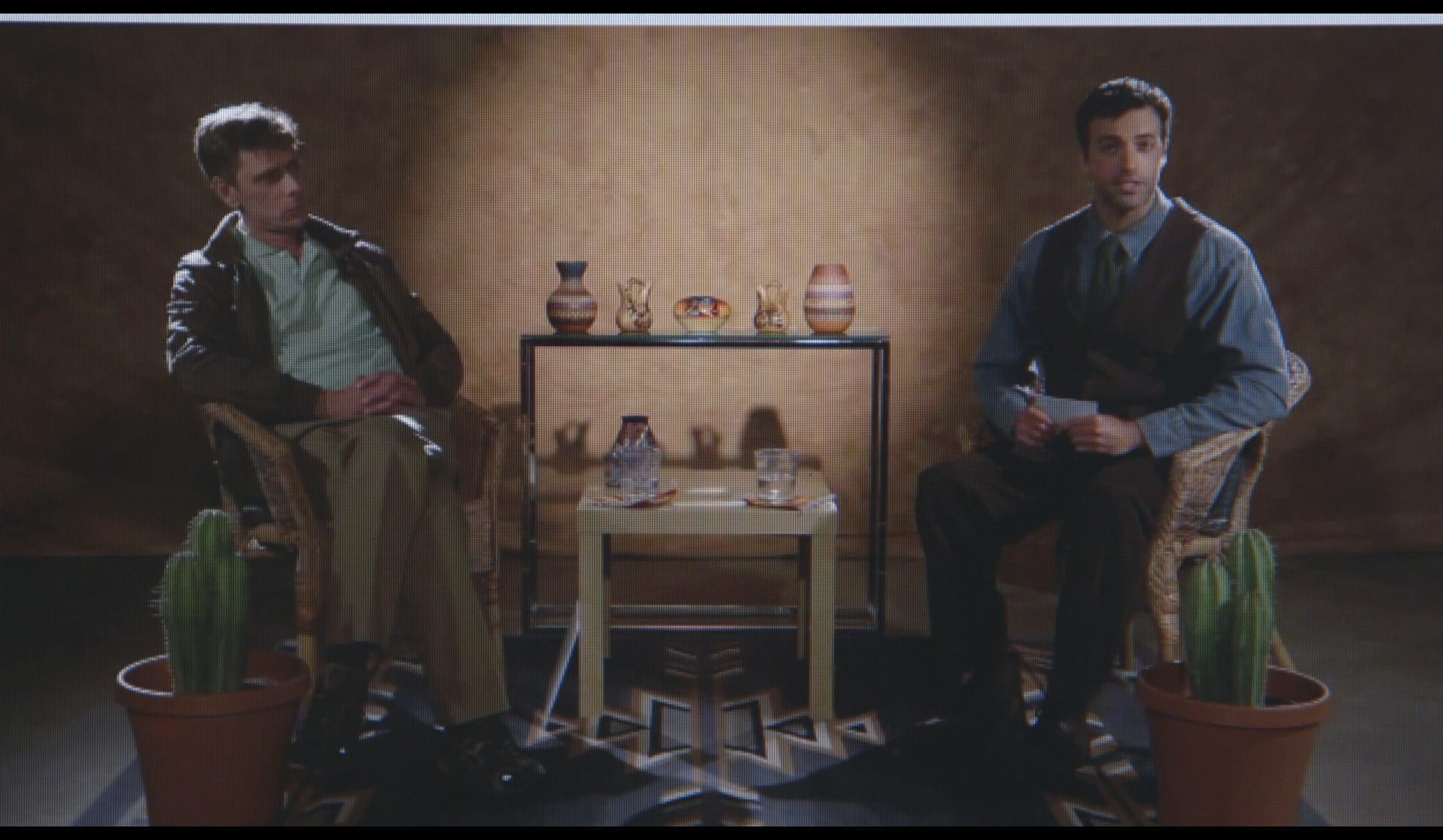 When I think of North Bay I think of movies like Primer, Looper, and The Butterfly Effect, time traveling movies where the consequences are horrible and dire. North Bay isn’t exactly about time traveling, and the consequences of the scientist’s actions aren’t detrimental in any way (yet), but it had that same mysterious vibe to it. Jamie Harris plays a scientist exiled from the university he was working at because of his radical ideals and instead of wallowing in self-pity he continues his experiments. Every day for seventeen years this scientist broadcasts a signal high on a mountain top from a homemade contraption he designed. He seems to be having no success until a lonely camper shows up one day and their worlds collide.

I’m usually not a big fan of short films, but I rather liked this one. Director/writer Adam Grabarnick conveys just enough information for the audience to know what’s going on, but also holds back just a little bit so when the credits begin to roll you’ll immediately want more. I would definitely like to know more about the scientist’s experiments and what other further ramifications they might have.

The movie premiers at the London International Festival of Science Fiction and Fantastic Film.

Science fiction short film NORTH BAY will have its world premiere at the London International Festival of Science Fiction and Fantastic Film (SCI-FI-LONDON) April 30 to May 6, 2013. The fest is UK’s leading genre event and home of the Arthur C. Clarke Award.

Shot in downtown Los Angeles and on a private mountaintop in Ojai, California, NORTH BAY is about an exiled scientist on the day he collides with the proof he’s been after for years.

The film stars London-born Jamie Harris, the youngest son of renowned actor Richard Harris. He trained at the Royal Academy of Dramatic Art, and his first film role played opposite Daniel Day Lewis in “The Name of the Father,” directed by Jim Sheridan. Since then he has performed in over 40 movies such as Terence Malick’s “The New World,” “Lemony Snicket’s: A Series of Unfortunate Events” with Jim Carrey, Christopher Nolan’s “The Prestige,” as Roy in Rupert Wyatt’s “Rise of the Planet of the Apes,” as Patrick Lane in “Mr. Nice” directed by Bernard Rose. He can be seen in Terence Malick’s upcoming film “Knight of Cups,” and as ‘Nicky Grillo’ in the second season of MAGIC CITY, returning this summer to STARZ.

“It means so much to me that NORTH BAY is premiering in my hometown and is being introduced to the UK’s most die-hard science fiction fans,” said Harris about the official selection.

Supporting cast includes Reid Scott, who currently co-stars as ‘Dan Egan’ on HBO’s hit series VEEP, and Corsica Wilson, who can also be seen in Lake Bell’s “In a World…” which debuted at the 2013 Sundance Film Festival.

NORTH BAY will screen in the Shorts Programme 3, which will take place on Friday May at 6:30pm at the Stratford Picturehouse. Please visit http://www.sci-fi-london.com/festival for more about the SCI-FI-LONDON line-up.

To help promote the film, DVDs will be hidden throughout various London comic book shops and around the festival buildings. Be sure to follow @NORTHBAYMOVIE for clues.

NORTH BAY writer-director Adam Grabarnick’s music videos have aired on MTV, VH-1, MTV Asia, Fuse, and MTV Europe for bands on EMI, Epitaph, Victory, and Roadrunner. His video “I Know I’ll See You” for indie superstars A Place To Bury Strangers garnered much acclaim for being the first-ever music video to be filmed solely over a streaming Internet feed. NORTH BAY marks Adam’s emergence as a narrative director.

For NORTH BAY, Grabarnick wanted to “craft a story involving the ‘religion of science,’ when dedication to the scientific pursuit evolves into a daily religious practice.” Inspired by more provocative realms of theoretical mathematics, astrophysics, Junk DNA, and conscious-based science, NORTH BAY is a “call to those brilliant minds forced to work on the fringe because their theories challenge the very foundations of Mainstream Science.”