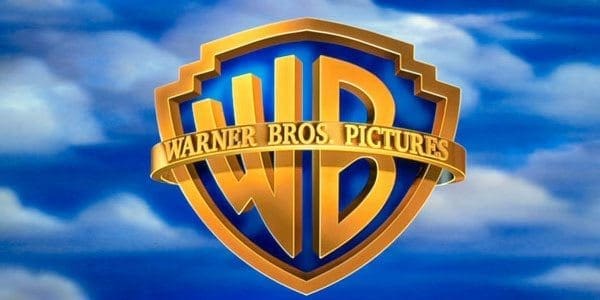 Day two of CinemaCon was a wee bit less stressful because I wasn’t fretting over interview questions that I would never get to ask. Today we attended two separate panels, Universal and Warner Bros.

While the presentation might have under-impressed it didn’t short change us with the footage that was shown. They showed a few trailers for movies that we are already familiar with, but they also showcased some that we, or you rather, have yet to see.

The Great Gatsby – Unfortunately Baz Luhrman was unable to attend the event because he is “still tinkering” with the movie, but he introduced the new 3D trailer. If all movies looked this good in 3D I would be a lobbyist for the format all the way. He uses it in such an interesting way that this is going to be a must see in 3D. I love his vision of 1920’s New York and it has actually moved up on to my must see list. Keep your eyes open for the new trailer which should be coming soon.

The Hangover: Part III – My headstone will read “He watched The Hangover Part III.” I am not a fan of the first two in any respect and sure as hell ain’t looking forward to this one. However, Todd Phillips came out on stage to introduce the trailer, which we’ve already seen, and he’s quite a funny guy. I like his other work so I’m looking forward to him being done with this franchise. You can watch the trailer on YouTube or whatever.

Man of Steel – Batman is the best and always will be, having said that, this new Superman flick looks pretty awesome. Zack Snyder came out on stage to intro the new trailer, which you can view here (it wasn’t supposed to be released until this Friday, but  Warner Bros decided to leak it early), and it is nothing short of spectacular. It gives quite an extended look into Michael Shannon’s character and chaotic brawl he and Supes have in downtown Metropolis.

Pacific Rim – I love monster movies so this one is probably number one on my must see list this summer. Guillermo Del Toro was present to debut the new trailer which gave us a better look at the plot of the movie and it features much more robot action and destruction. Look for one of the Jaegers using a huge oil tanker as a club. The new trailer should be available soon.

300: Rise of an Empire – This is one I’m not too sure about. I love 300, but Rise of an Empire looks like something that The Asylum would produce to capitalize on the success of 300. The same visual style was there and many surviving characters are returning. The director said that the footage was still rough so I’ll give him the benefit of the doubt for now.

We’re The Millers – This one was kind of a surprise as I had no idea about it. It stars Jason Sudekis as a pot dealer and Jennifer Aniston as a cheap stripper who pretend to be a family so they can smuggle “a smidge” of marijuana across the border. It was funny as all hell and expect it to earn every bit of it’s obvious R rating.

Gravity – We’ve been hearing about this one for a while now. It is directed by Alfonso Cuaron and stars George Clooney and Sandra Bullock as astronauts that survive a pretty nasty space station disaster. It wasn’t filmed in 3D, but this has the potential to be the best movie in 3D ever. Still not sure what it’s about, but it looks like it could have an Open Water type tone, except in space.

Prisoners – This is another one I haven’t heard anything about and according to the footage it is still in production so it could be released later in the year. It features an ensemble cast including Hugh Jackman, Jake Gyllenhal, Terrence Howard, Paul Dano, and others. The story revolves around Jackman’s daughter being kidnapped and it looks like it could be a trippy character piece with a few twists and turns thrown in.

The Hobbit: The Desolation of Smaug – It’s no secret that I didn’t care for An Unexpected Journey, but Smaug looks like it could venture into new territory that could set it apart from its predecessor. There was some footage from the movie, but it was definitely rough cut stuff and quite possibly been from the The Hobbit blu-ray release, of that I’m not sure. We saw images of Legolas and Evangeline Lily as Tauriel. Peter Jackson did come on the screen to say that they were still working on the visual effects but to expect a trailer soon.

Getaway – This looks like a throwaway thriller starring Ethan Hawke who possibly is being forced to kidnap a girl while driving a supped up Mustang.

Seventh Son – Jeff Bridges is starting to turn into Nicolas Cage. This puts him as some sort of wizard or something in the magical middle ages with trolls and dragons and magic or whatever. It will probably be a massive flop.