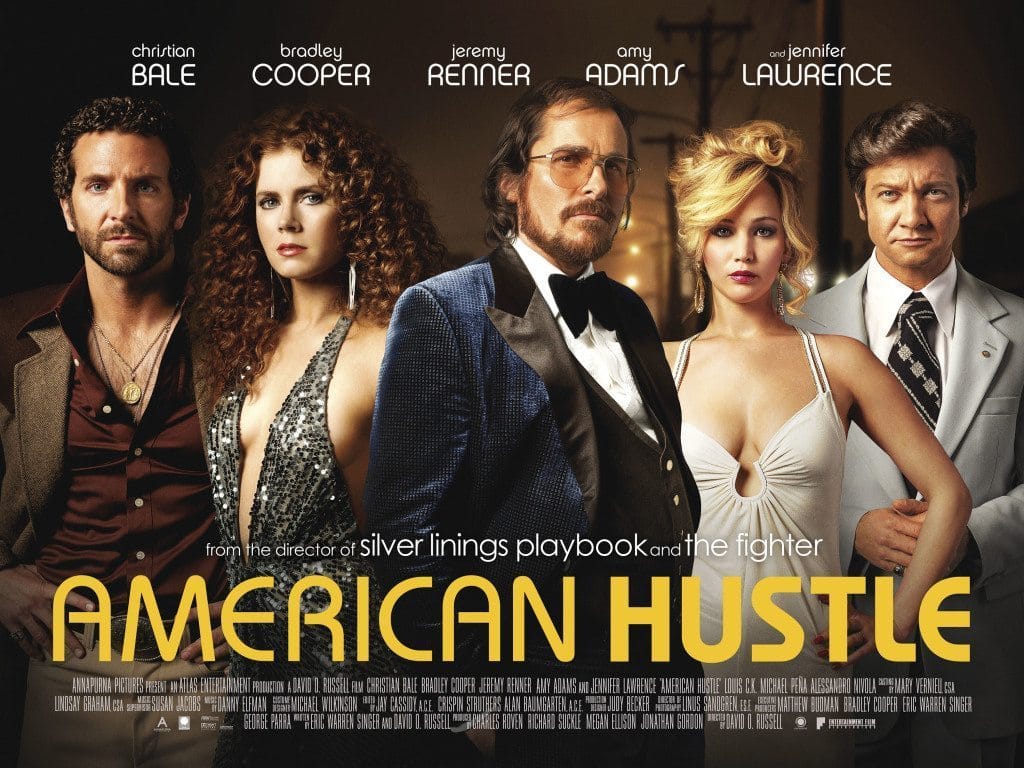 I think I was mislead by the trailers for American Hustle. They made it seem like it was the next Carlito’s Way or something. A sprawling crime drama set against the back drop of the 1970’s drug trade. This was not the case. This doesn’t detract from what American Hustle is trying to achieve, but I think it was a turn off to me because it ended up being more of a dark comedy. If I had known that going in I think I would’ve had a more enjoyable time.

I honestly wasn’t really familiar with David O. Russell’s work until last year’s Silver Linings Playbook. I had seen his other stuff, but never really paid attention to him. He has since become one of my most anticipated directors, he’s up there with David Fincher. Every movie of his, to me, feels like a different experiment in filmmaking. While each movie is distinctly his, he brings to it something that makes it stand out. This is especially the case with American Hustle. He isn’t trying so much to pay homage to filmmaking techniques of the seventies as he is trying infuse those techniques into his own which ultimately turns into this unique vision that feels nostalgic, but not dated.

Russell also uses a lot of music from the time period to help set the mood. Think Tarantino, but a little more period specific. It reminded me more of a Martin Scorsese movie. I was surprised a little to find out that Danny Elfman had done the score for this movie. Not only was it not typical Elfman, it was very subtle. To be honest I hardly even noticed the score. The tone of this movie is set by its soundtrack of various artists.

My favorite part of this movie happens to be Christian Bale. I like Christian Bale a lot and I will watch pretty much anything he’s in, but I wouldn’t call him the best part of those movies. Bale is known for transforming himself both physically and mentally for his roles and American Hustle is no different. This performance, though, really stands out. He takes what could have been a throw away part and transforms it into something entirely different. Definitely watch out for him come Oscar season.

What I really want to talk about though are the bras. I really think they phoned in their performances on this one. They were all kind of lolly gagging about and most of the time they didn’t even show up for work. I mean come on. I’m only kidding. But no one wore a bra in this flick, sorry ladies.

The movie did keep me on my toes though as there was a little cameo in there that I had no idea about, so that was a fun little part of the oven. If I can offer you one bit of advice it’s don’t put anything metal in the science oven, it wont turn out well, also, go see this movie.

Synopsis: A con man, Irving Rosenfeld, along with his seductive British partner, Sydney Prosser, is forced to work for a wild FBI agent, Richie DiMaso. DiMaso pushes them into a world of Jersey powerbrokers and mafia.