With a little under two weeks left on their Kickstarter campaign, Mantic Games has steamrolled their goal with a current total of over $350,000 for their $100,000 goal. Kickstarter has been a very kind platform to Mantic which has launched and delivered 3 other Kickstarters, we’re going preview their latest title to hit Kickstarter: DreadBall Xtreme.

Mantic Games has gone to great lengths to ensure they deliver a quality game between hiring some of the best sculptors in the industry and quality control that would rival any of the big name players in miniature gaming; they care deeply about their customers and it shows. I contacted Mantic for an interview to accompany this preview and was granted one by Chris Palmer, Mantic’s Web and Events Co-Coordinator.

What is DreadBall Xtreme?
DreadBall Xtreme is an undergound sports game controlled by illicit sponsors and the more unsavoury people in the galaxy. It takes the glitz and glamour of the original DreadBall sport game, and sets it amongst a seedy world of blackmail, intimidation and brutal violence!
This all takes place through a 2 player sports board game where players act as sponsors, building their team using the miniatures in the box and taking to the pitch to play ball, and wipe out the opponent.
How does DreadBall Xtreme compare to it’s predecessor, DreadBall.
It’s dirtier. The pitch is littered with traps that explode or electrocute those that are unfortunate enough to set them. There are no fouls, and no referee, so it’s naturally more violent. Couple that with changeable pitch layouts, a new-shaped pitch, addition of team building and sponsors, and it’s a different experience tactically and strategically, whilst retaining all of the originals simplicity.
That being said, the games share the basic movement and action mechanics, and both sets of miniatures are compatible in both games – you can use your DreadBall minis in Xtreme and vice versa.
What makes DreadBall Xtreme unique among it’s competitors such as blood bowl for example.
The speed at which you play for starters – it’s a very quick, brutal game that leaves you feeling all tingly when you play. That and the quality of the miniatures – we’ve got some great artists working on the figures. It’s very much a pick up and play game now.
The other thing I think makes it unique, and this is perhaps the biggest thing about DreadBall Xtreme, is the fact that you can take on the persona of one of our sponsors (6 to choose from) and build your own team from any of the DreadBall figures we’ve produced. You’re not constrained by teams in a racial sense, you can have a mix of players.
With DreadBall Xtreme hitting it’s Kickstarter goal, how soon can backers expect to be playing DreadBall Xtreme?
As soon as November – not long at all!
Mantic has successfully completed 3 prior Kickstarter campaigns, has one being shipped and another gaining momentum. How has utilizing Kickstarter helped Mantic to create their games and be a competitive player in the miniature wargaming market?
Certainly it’s sped up the process to which we can bring our creations to market, and realise our ideas. DreadBall originally would have a boxed set with a couple of metal teams in support, maybe a season 2 a year or so later. What we actually produced was 12 teams in plastic, over 20 MVPs, 3 season books, creating an awesome community in the process. Community is a big thing – with loads of players already out there, it’s easy for players who pick up the game via retail to get involved.
What are the key differences between a successful Kickstarter campaign and one that falls short in your opinion?
Community involvement, a compelling product that people want and an ignorable deal. It wants to be mind-blowingly good value, whilst being fun and engaging.
Take our recommended Rampage pledge for example – a copy of the Boxed Game plus an Xpansion set to start with, plus an awesome exclusive sponsor called Ardia Shi’lek, swiftly made all the more better value with the addition of a free Plague team, free Mechanites Robot team and a free Season 5 team of the backers choice (and a free Season 6 team if we get far enough!) PLUS a selection of MVPs, digital rulebooks and more. It just keeps going – and will only get bigger!
Noise is important too, you really have to ramp up the attention. There’s no point in having a great deal if you don’t tell anyone about it.
Are there any plans to use Kickstarter to fund future titles from Mantic?
They’ve been popular in the past and we get great feedback from those that partake in them, so we’ll definitely be back, making our creative vision a reality.
That’s what Kickstarter is all about, making a creative project happen. No matter what size you are – and we’re small, let’s not get away from that – you can use Kickstarter, and we’re not limited by a lack of imagination, put it that. There’s so many great games we want to produce, and we’re really lucky that DreadBall and Deadzone have been so well received that we want to continue to support them and our mass battle games.

Make sure to head on over to the DreadBall Xtreme Kickstarter to see what you can pick up, as well as how you can support the game. 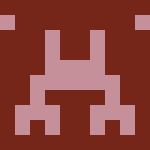 E3 2013: Killer Instinct set to return on Xbox One

Rise Up To Justice In MapleSEA!