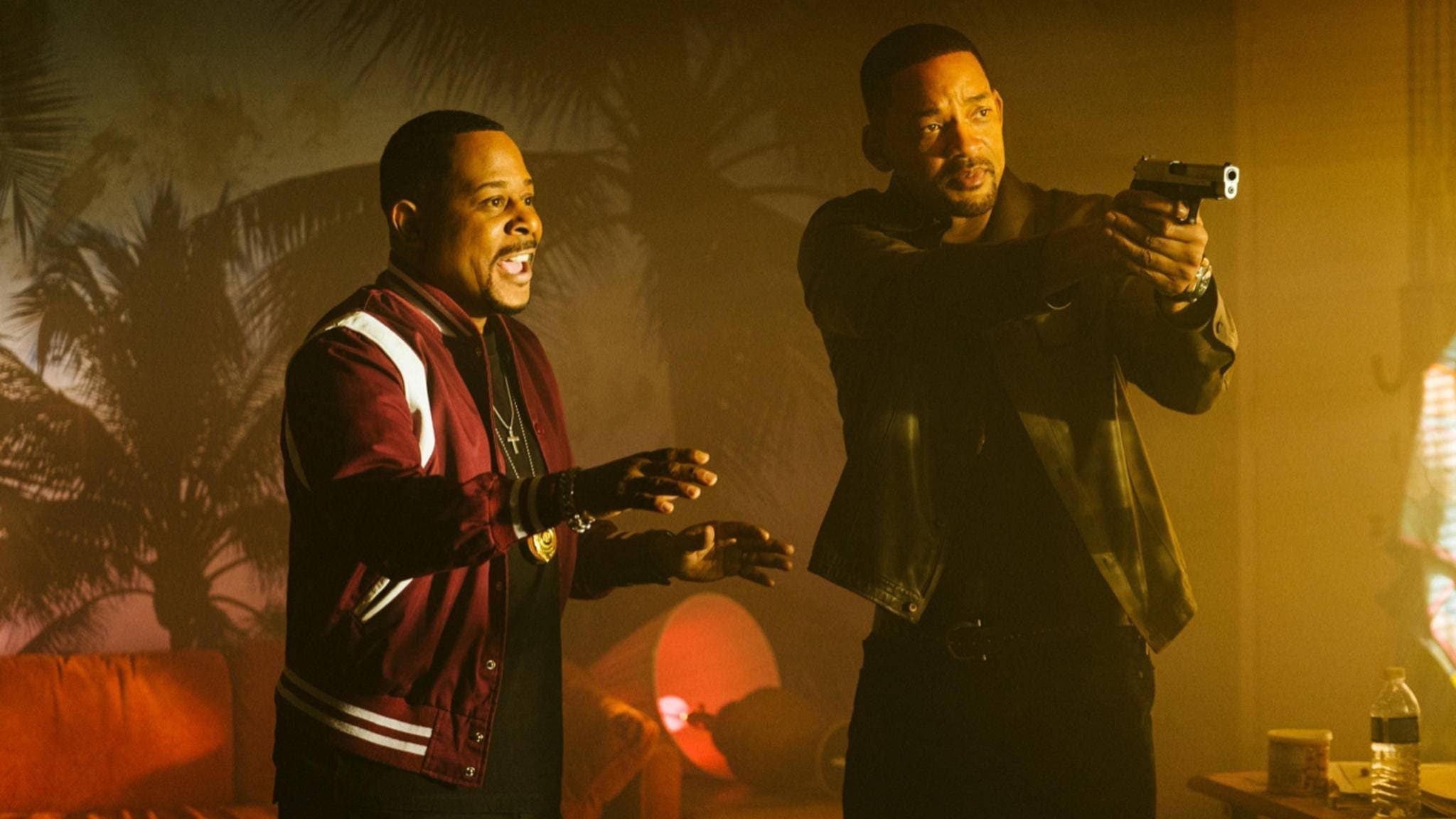 Will Smith and Martin Lawrence ride again as officers Mike Lowrey and Marcus Burnett, respectively.  Dropping a full quarter century ago, the original Bad Boys is a keen example of the classic action/comedy “buddy cop” film that was so popular in the 90s.  It was also the now notorious director Michael Bay’s maiden voyage.  Bad Boys II dropped in 2003, and by this point you can see Bay’s addiction to excessively long explosion-fests start to get the better of him. Therefore, it’s probably for the best that this time around Bay is out.  Relatively new directors Adil El Arbi and Bilall Fallah take the reins, with an unusual task set before them – bringing Bad Boys into 2020.

When we first catch up with Mike and Marcus, it feels like nothing has changed.  They’re zooming through Miami in Mike’s Porsche 911, but instead of chasing a perp, they arrive at the hospital.  Marcus’ first grandchild has been born. The years haven’t changed Mike, but they’re changing everything around him and, much to his chagrin, Marcus decides it’s time to retire.  After an attempt is made on Mike’s life, Marcus tries to convince Mike that it’s time to put this all behind him as well.  However, Mike becomes consumed with finding his would-be assassin, and inevitably Marcus decides he will have his back as well “One last time.”  With the help of a new high-tech police squad called AMMO, the bad boys are back in business.

Fans of the franchise will find a lot to love here.  Joe Pantoliano is back as Captain Howard, Theresa Randle returns as Marcus’ wife, and there is a plethora of other fun callbacks and cameos as well.  As for Smith and Lawrence, despite some grey hairs, it’s like nothing’s changed.  The duo’s chemistry is as strong as ever and its clear this type of setting is where these two actors shine brightest.  Both actors may in their 50s now, but watching this you really wouldn’t know it.

As a film, Bad Boys for Life struggles at deciding what it wants to be.   The first act is far more down to earth and real than you’d expect from a movie like this.  The spotlight is dead set on Mike as we see a man who hasn’t changed in over 20 years struggling to cope with the changing world around him.  Particularly for those of us who look back fondly at the 90s, Mike’s struggle is quite relatable, and for a while it felt like this movie was going to have a very different, more somber tone than previous installments.  This new tone felt kind of apt, as this is a nostalgia movie for fans of 90s action/comedy.

However, around the halfway point the movie takes a turn away from this more somber tone and moves toward the over-the-top action/comedy that fans have come to expect.  The plot eventually escalates to the kind of twist that’s so absurd it makes you want to shout, “Come on!”  Fortunately, we don’t need to because we have Marcus for that.  Even though the third act goes way off the rails of believability, Marcus is there making a hilarious quip about it at just about every eye-rolling moment.  Ultimately, things climax in a ridiculously grandiose final scene that truly does the genre justice.

The problem is, while both tones work well on their own, they don’t work together.  Early in the movie it felt like Mike may be breaking ground, learning life lessons, and growing as a character.  The moral seemed to be about accepting change and growing up.  Then it’s all thrown out the window.  I’d chalk that up to the humor of the movie, except so much time was spent harping on it in act one that now just feels like wasted screen time.

The other big issue is the ending.  The movie is able to have a lot of fun with its crazy plot twist, but then it feels like the writers wrote themselves into a corner and didn’t quite know how to get out of it.  The result is an ending that not only lacks believability, but also just feels awkward and unfulfilling.  We’re even given a bizarre pre-credit scene that seems to suggest the possibility of a continuing story?  Everything about it feels inconclusive, and for what is supposed to be the swan song of the trilogy, it just doesn’t leave you on the high note that it should.

There is a lot that is good about Bad Boys for Life.  Even despite its flaws, if you are a fan of the franchise I don’t think you will be disappointed.   Its flaws do keep it from truly excelling as a movie though.  The themes it touches on early are interesting, but they cease to have value when the movie decides it’s not going to follow through. Finally, the real nail in the coffin is the lack of a satisfying ending.  Bad Boys for Life didn’t need to be much.  If it was nothing but another outlandish action-packed comedy that ended on a high note, that would have been good enough.  Instead it tries to be too many things at once, and ultimately all those things just get in the way of each other. It’s still a fun movie that will entertain genre enthusiasts, but it probably won’t have much appeal beyond that.

About Bad Boys for Life

Synopsis: Mike is dealing with a changing world when an attempt is made on his life.  Now Marcus must decide if he is going to help his stubborn partner or enjoy retirement.

American Gods | The Redemption of Diegesis