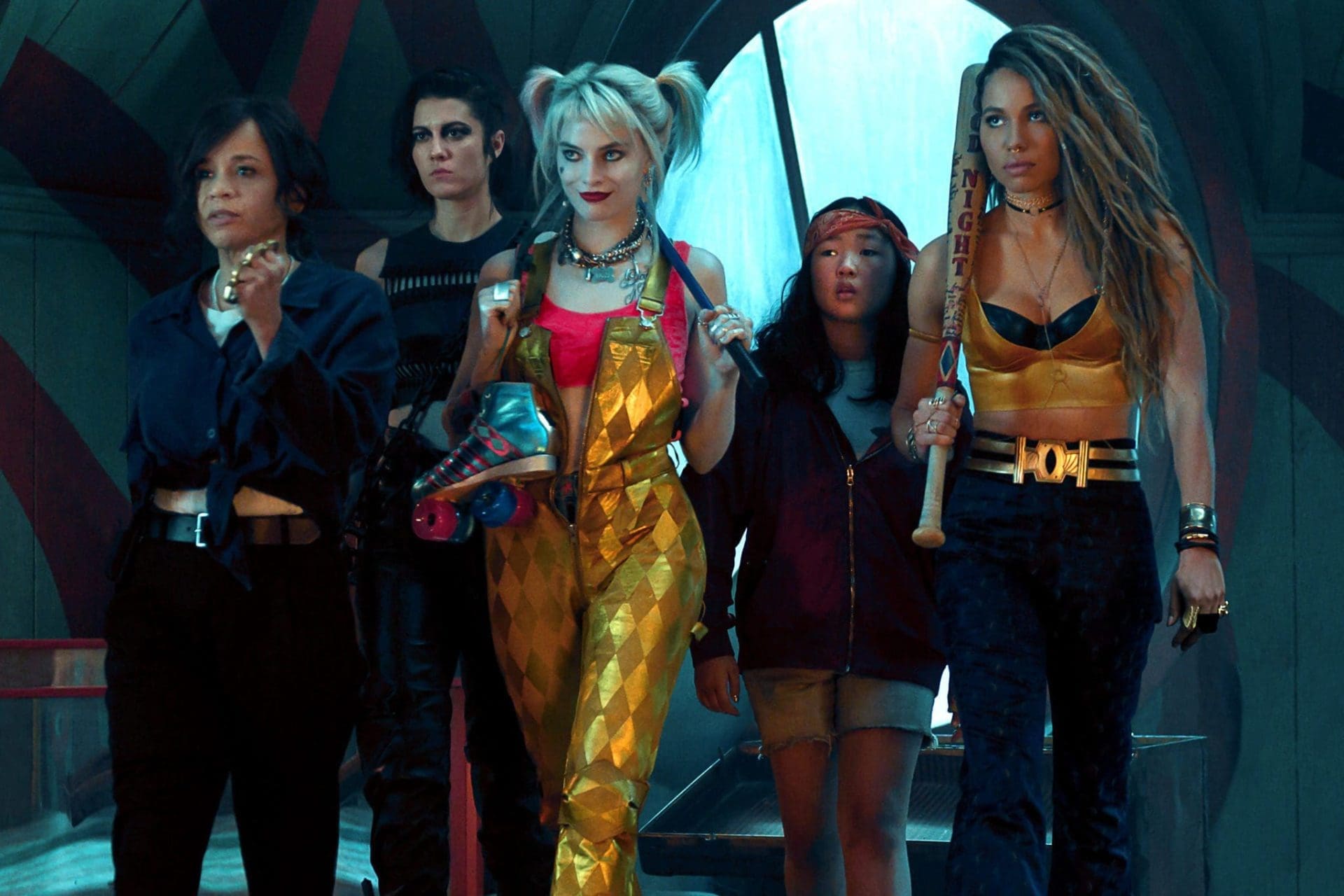 At this point, it should come as no surprise that another comic book movie has arrived for us to feast our hungry eyes on. A new adaptation for us to point out subtle or obvious references and jump for joy at the painstaking detail in recreating the imagery of the comic. We are also burdened with the desire and professional mandate to criticize any underdeveloped and misrepresented characters, story arcs, and important plot points that made you love this brilliant piece of literature in the first place.

Disney’s MCU has had no trouble churning out delicious buttered popcorn for our world’s viewing pleasure 11 years running, but Warner Brother’s DCEU brand has left a couple of bags in the microwave too long, leaving a lingering burnt odor for their better films to waft away. Luckily word-of-mouth carries weight and, despite only one of them being a billion-dollar blockbuster, critical and audience reception has been very positive across the board. I particularly love Shazam! and its child-like wonder of superheroes.

With that being said, based on the trailer I thought Birds of Prey and the Fantabulous Emancipation of One Harley Quinn did, at first glance, appear to be a retread of Suicide Squad with women. Which could be a good or bad thing depending on your appreciation of that movie. We have a director that hasn’t tackled a project this immense for a big studio, a writer whose last major film was Bumblebee, and a cast of characters that don’t immediately grab your attention unless you’re already familiar with them. The writer earned her stripes because Bumblebee is the only Transformers movie that made me feel something; so right there it already has a leg up from Suicide Squad. Margot Robbie as your headliner is another for the win category. But the biggest benefit is the studio’s faith in director Cathy Yan. They let her keep this film R-rated and you couldn’t ask for a more violent, profane trip through Gotham. Safe bets are surefire moneymakers, but they don’t always keep audiences coming back. Birds of Prey took risks and I can tell you it paid off.

In Birds of Prey and the Fantabulous Emancipation of One Harley Quinn, directed by Cathy Yan, Harley Quinn (Margot Robbie) has called it quits with the Joker and wants to start a new life in Gotham. Unfortunately, she runs afoul of every criminal she’s ever pissed off. One notable baddie is Roman Sionis (Ewan McGregor), a sadistic crime boss who will kill anyone to get what he wants.

When Roman targets a young girl named Cassandra Cain (Ella Jay Basco), Harley decides to take on the role of protector. While spending her best days kicking ass and taking names, she runs into three other ladies. A club singer named Dinah Lance (Jurnee Smollett-Bell), a mysterious woman with a crossbow (Mary Elizabeth Winstead), and a seasoned detective named Renee Montoya (Rosie Perez). Montoya has been after Roman for a while, but her unorthodox methods don’t go over well with her captain. Every one of these women has a story to tell and each one gets their moment. The overall story, however, is narrated by Harley Quinn and her recollection of events can be interesting, to say the least. Harley needs to keep Cassandra alive, thwart Roman’s plans, and avoid every crook with a grudge against her. Hopefully, her new acquaintances can offer assistance.

Put your concerns of comparisons to Suicide Squad aside; because the first thing I can say is that this movie is its own creature. It moves and breathes with a new voice and a new perspective. Harley Quinn is the same Harley Quinn, but she’s also got more room to grow. Her personality is like gun powder and each line is the spark. We get brief glimpses of her psychiatry experience, an element that is fun and intriguing when she turns it on. She transitions from scene to scene with kinetic energy, but instead of rushing through backstory we get several moments of well-paced character development. Her interjections are inviting and often hilarious. The editing of this movie is pretty much an extension of her character. Which should tell you the type of ride you’re in for.

This is certainly a Harley story, but she does not monopolize the spotlight. In fact, I was pleasantly surprised by how much screen time is provided to all the main characters. Of the other female leads, Renee Montoya stands out the most for me. She’s charming when she inadvertently references old-school cop procedurals, but she also exhibits a strong, genuine presence in every scene she’s in. Perez did this character justice. Mary Elizabeth Winstead also brought humor, strength, and vulnerability to her role. Jurnee Smollett-Bell’s gives Dinah Lance that tough-as-nails attitude, but pairs it well with a clever, insightful persona. Ella Jay Basco’s Cassandra Cain mirrors a little of Dinah Lance’s bravado, but its often a false front masking how overwhelmed she really is. The struggle of all these women is a great catalyst for what’s to come.

I certainly can’t avoid talking about Ewan McGregor’s performance as Roman Sionis. He demonstrates utter brutality with a debonair touch. You can laugh at his exploits one minute and be horrified by them the next. I was very impressed with how much he made this character his own. Equally as impressive was Roman’s henchman Victor Zsasz, played by an unrecognizable Chris Messina. Remove any sense of charm and mercy and you have Victor. He has no problem with murder or mutilation. His admiration and devotion to Roman are apparent. Messina brings an extra dimension to Victor that other movies would have neutered.

I touched on the editing briefly. It is fast when it needs to be and takes its time when the story calls for it. Again Harley is at the steering wheel so you don’t know when she’s gonna step on the accelerator or the brake. All you do know is she will make time to stop and eat. The humor is expertly distributed throughout the film and done so in a way that isn’t overdone or obnoxious. Timing is key and I believe it is used well here.

Two other noteworthy elements are the choreography and the music. The fight sequences are outstanding. Margot Robbie’s work with a bat is hypnotic. Every actress clearly trained hard to pull off all the synchronized punches, kicks, leaps, dodges, and gymnastic maneuvers. Pair that with the heart-pounding, fist-pumping music and you are given an experience worth repeating. Song selection can be difficult. It’s especially important that the songs not distract from the story but complement it. I’d say most of the time the music hit the mark. It is Harley’s perspective though so there’s an expectation of madness in the music.

While I enjoy the humor, the characters, and the action, I can see this film not connecting with everyone. Female empowerment films have been done before and perhaps in more original ways. This film knows the playground it’s in and uses the tools available to it as best it can. Viewer expectations may vary, but the entertainment value remains high.

Birds of Prey and the Fantabulous Emancipation of One Harley Quinn is a terrific movie with interesting characters. Ewan McGregor and Chris Messina are remarkable. Margot Robbie is fantastic. Mary Elizabeth Winstead, Jurnee Smollett-Bell, and Rosie Perez give excellent performances. They were vulnerable while they were being badass, and also exuded a mixture of doubt and perseverance in that vulnerability. I appreciate Cathy Yan for showcasing this level of emotional dimension throughout the story. Combine that with an unpredictable narration, an energetic soundtrack, intense choreography, humor, and gore and you have yourself a must-see movie.

I recommend taking friends who are fans of DC comics, DC movies, superhero movies, action movies, fourth-wall-breaking comedies, and/or baseball bats to the theater with you. I don’t know what the future holds for Harley Quinn or the Birds of Prey, but the future of DCEU films is getting brighter every year. You do you Warner Brothers. It’s working.

Synopsis:   After splitting with the Joker, Harley Quinn joins superheroes Black Canary, Huntress and Renee Montoya to save a young girl from an evil crime lord.