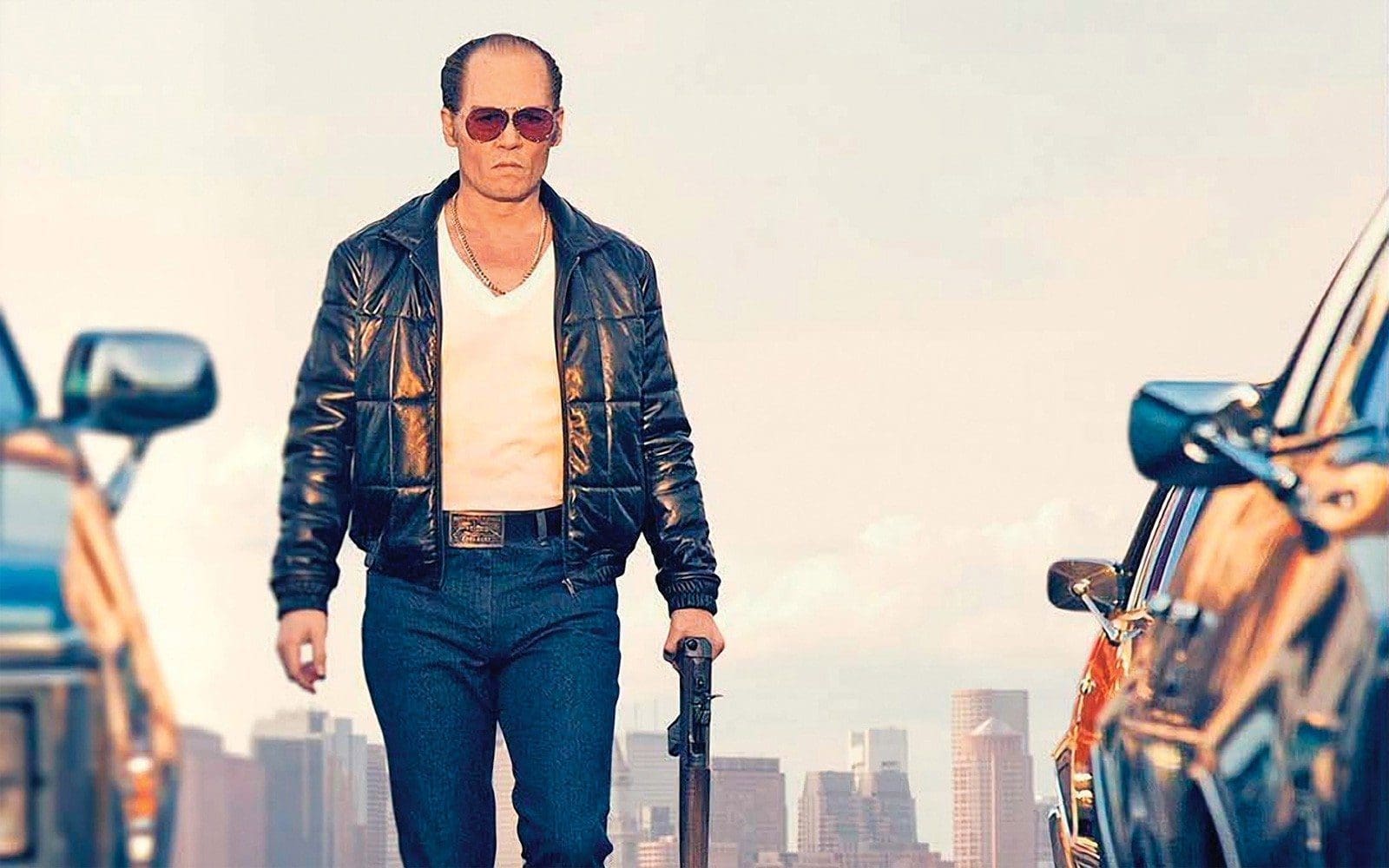 There are films that are Oscar bait because the producers stack the deck with a great cast, a punchy story, and a spot on screenplay and then there are films that are Oscar bait because they are simply great. Black Mass is great. This film based on a book by Dick Lehr and Gerard O’Neill of the Boston Globe, tells the true life story of Jimmy “Whitey” Bulger, the biggest criminal kingpin in the history of South Boston who turns FBI informant to bring down the Italian Mafia. Bulger is played by Johnny Depp with a large ensemble cast that includes Benedict Cumberbatch as his politically savvy brother, Joel Edgerton, the FBI agent who blurs the lines between cop and crook, Kevin Bacon as Edgerton’s federal supervisor, and a cast of other talented actors that includes Peter Sarsgaard as a coked out criminal.

I’ve followed Johnny Depp’s career since 21 Jump Street and always enjoy the characters he creates. What struck me about Bulger is that he took these fantastical creatures he develops in his films and pours all of that talent into a real life person. There are some actors who you are keenly aware are those people playing roles, but Depp delves so deep into roles like Whitey that he becomes that character. People hold themselves a certain way, have a certain carriage to who they are, and maintain a certain gait. Depp’s Bulger has a very specific strut that is unlike anything I’ve seen of Depp’s other characters, and the subtleties with which he performs this role demonstrates his masteries as an artist.

The film is set in South Boston between 1975 and 1995, and at just over two hours, Director Scott Cooper could’ve easily added another half an hour without losing his audience. Some of the more significant jumps in time could’ve included some transitional scenes to show the impetus of certain relationships. A motif running through the film is explained by these characters who are on both sides of the law but work together in these “alliances”. As children on the playgrounds they often didn’t know who was playing the cop or the crook, and as they move into their adult lives, often times these lines remain blurred. Cumberbatch plays Bulger’s younger brother who legitimately moves up through politics, and John Connolly (Edgerton) is the FBI agent who was childhood friends with the Bulger’s down in “Southie”. Edgerton plays a major role in the film as these themes play out and is a much more significant character in the film than everyone else except Depp himself. The relationship built between Connolly and Bulger is the main plot of Black Mass.

Depp has played crime bosses before, and most notably in 1997’s Donnie Brasco, but this performance sticks out because the writers never delineate the impetus for Bulger’s actions, which makes his psychotic, Irish mob boss persona all the more sinister.

I would’ve liked to see Edgerton’s descent more clearly defined in the film, and found the actors who played John Martorano (E. Earl Brown) and Steven Flemmi (Rory Cochrane) almost indistinguishable at times. Cooper’s built a strong gangster film and even when the audience knows the violent outbursts, abrupt murders, and double crossings are going to occur we still go along for the ride.

While Kasia Walicka-Maimone’s costume design was on point from Bulger’s omnipresent Foster Grants to the nuances of fabrics used as the film moves through the decades, the sheer accuracy of South Boston’s vintage set design lent itself to the beauty of this film. Other films and television shows have told the fictional tales of Southie including Good Will Hunting and The Departed but until now there’s been no narrative of this neighborhood, based on a true story, that’s been glamorized on the silver screen.

Truth is stranger than fiction, and the story of Jimmy “Whitey” Bulger is as strange as it gets. The strong cast, gorgeous design, and poignant writing makes this one to watch closely.

Synopsis: The story of the rise and fall of America’s most infamous violent criminal, Jimmy “Whitey” Bulger, FBI informant. Between 1975-1995, Bulger blurred the lines between cops and criminals in South Boston. This intriguing, biopic features a full cast of talented actors who weave the tale of desire and deceipt across the streets of Southie.