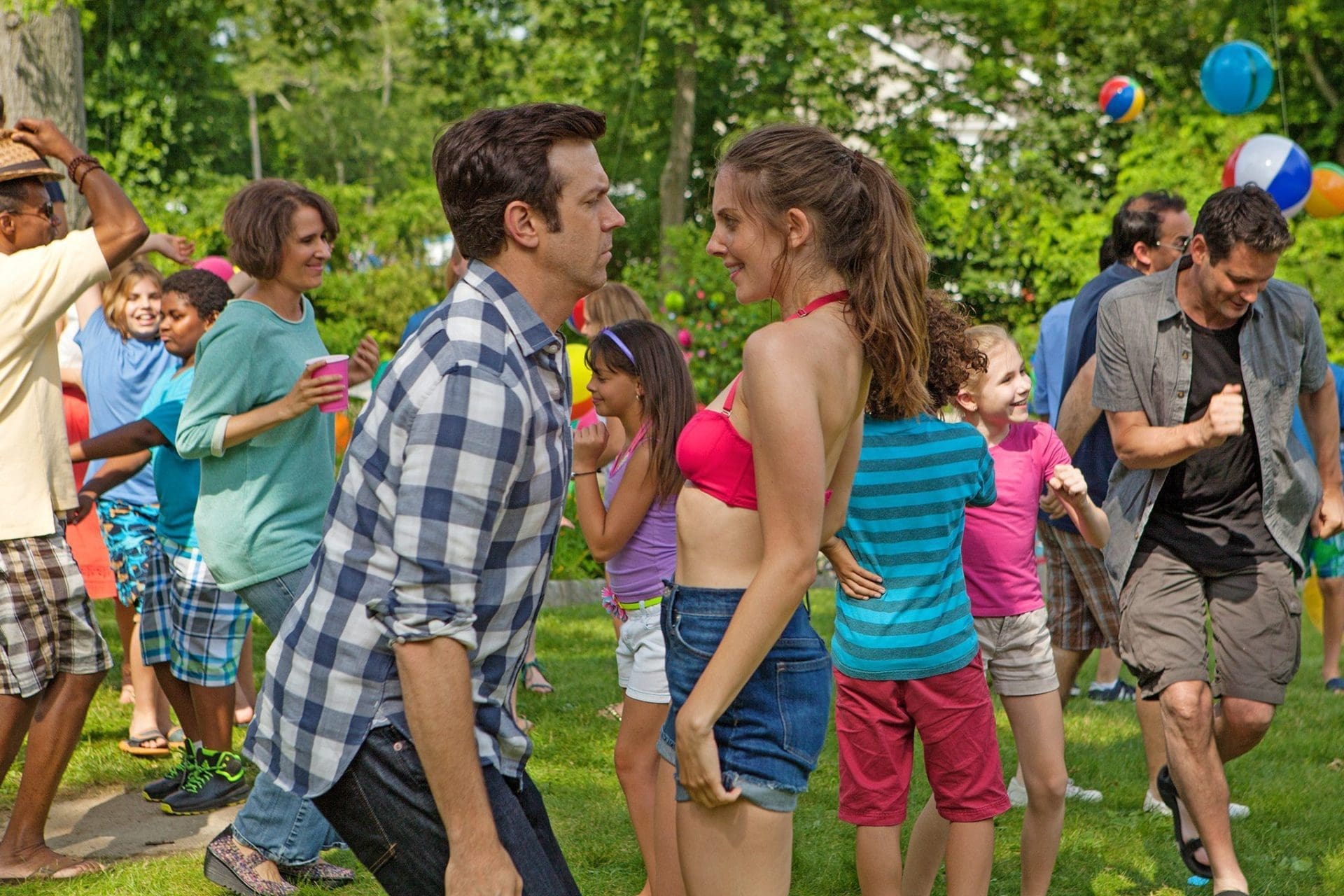 The films of Jason Sudeikis have all catered to his quick-witted, raunchy sense of humor.  In every situation he’s been placed, his characters use a familiar set of verbal, comedic jiu-jitsu, barely escaping danger or hurling deeper into it.  He has also been known to use a modest amount of facial and hand gestures to drive the joke home.  If you aren’t a fan of Sudeikis, it can become tiresome to see him do the same routine.  However if you combine that routine with a well-developed character and a decent script, it makes for a very enjoyable movie.

In Sleeping With Other People, directed by Leslye Headland, Sudeikis plays Jake, a man who enjoys being in short-term relationships.  He meets a girl in college named Lainey (Alison Brie) and, after an awkward conversation, decide to lose their virginity to each other.  Many years later they meet again at a sex addiction meeting.  Lainey has trouble committing to one person, stemming from her amorous obsession with her old college sweetheart Matthew (Adam Scott).  Matthew refuses to leave his wife, but keeps Lainey on a short leash emotionally and physically.  Jake attempts to help Lainey break it off, and keep it off, with Matthew.  They both decide to pursue a relationship together in name only.  They would continue to date other people, but share their exploits afterwards in great detail.  As time goes on, their friends begin to wonder if a real relationship between these two could be around the corner.

Much of the fun in this film is the chemistry between Jake and Lainey and their conversations about sex and relationships.  When they attempt to go out on dates with other people, it creates an honest, hilarious discussion about their shortcomings and weaknesses.  Jake is constantly pursuing his boss (Amanda Peet), but also courts women he meets in his everyday commute through New York City.  He seems very sincere and charming, but there always seems to be an underlying issue of insecurity that follows each sexual encounter.  Especially when an actual relationship is beginning to develop.

Meanwhile Lainey does not enjoy being out of contact with Matthew and finds comfort in the distraction of other men.  Jake encourages her seeking new happiness, but also teaches her to find comfort in herself, since Lainey has never learned the art of masturbation.  It’s this entire situation that Jake and Lainey’s friends, particularly the married ones, find amusing.  The whole thing feels like street therapy.  Whether or not it leads to future, healthy relationships is still up in the air, but at least they are learning something important about themselves that has been ignored most of their adult lives.

Sleeping With Other People is a wonderfully, well-written comedy about relationships and emotional growth.  Jason Sudeikis and Alison Brie are a good non-couple with lots of chemistry.  I find Sudeikis hilarious in everything he does, but that isn’t the case for everybody.  The supporting cast also gives this honest film a strong backbone.  Amanda Peet is terrific in the few scenes she has.  Adam Scott makes a convincing jerk.  Jason Mantzoukas and Andrea Savage as the married couple with kids are a great addition as well and provide some perspective for those of us who share their more mundane lifestyle.  They secretly wish to go on crazy, sexual adventures, but in reality they crave security and stability.  The grass is always greener it seems.  I did feel the movie should have ended 15 minutes sooner and instead carried the story to a rather forced conclusion.  It really panders to the usual endings you see in romantic comedies, but despite that it is a complete and pleasurable ride all the same.

About Sleeping With Other People

Synopsis: A good-natured womanizer and a serial cheater form a platonic relationship that helps reform them in ways, while a mutual attraction sets in.