Gearbox has released its Mechromancer class a week early for Borderlands 2. The new class was originally scheduled to be released on 10/16/12 but starting today Gaige will be available. For those who preordered the game and joined the premiere club she will be free. For all others it will be around 9.99 (800 Microsoft Points). This will bring the total number of available classes to five and this may not be the last.

You can take a look at the Skill Tree here. Her action skill is deploying a giant killer robot named Death Trap. Death Trap can act as a tank, drawing enemy fire away from Gaige, or a utility robot, supplying the Mechromancer and her comrades with ammo and supplies. 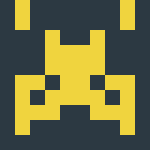 David is a pro-capable gamer, but suffers from a severe case of ADD. Lover of RPG’s especially Bethesda, Bioware, Gearbox etc. As well as MMO’s such as WOW and Final Fantasy 11. Avid Magic the Gathering player. Gaming accomplishments: Have over 20 years video gaming experience. Pro at any Call of Duty game. Gaming Director of GNN Gaming and co-founder of GNN. Main host of GNN Gaming Podcast. Very obsessed with Futbol (soccer for you uninitiated) like the Seattle Sounders & FC Barcelona. Contact me if you are interested in writing gaming reviews:
Email: david.arias@geeknewsnetwork.net
Twitter: @scourgeborne