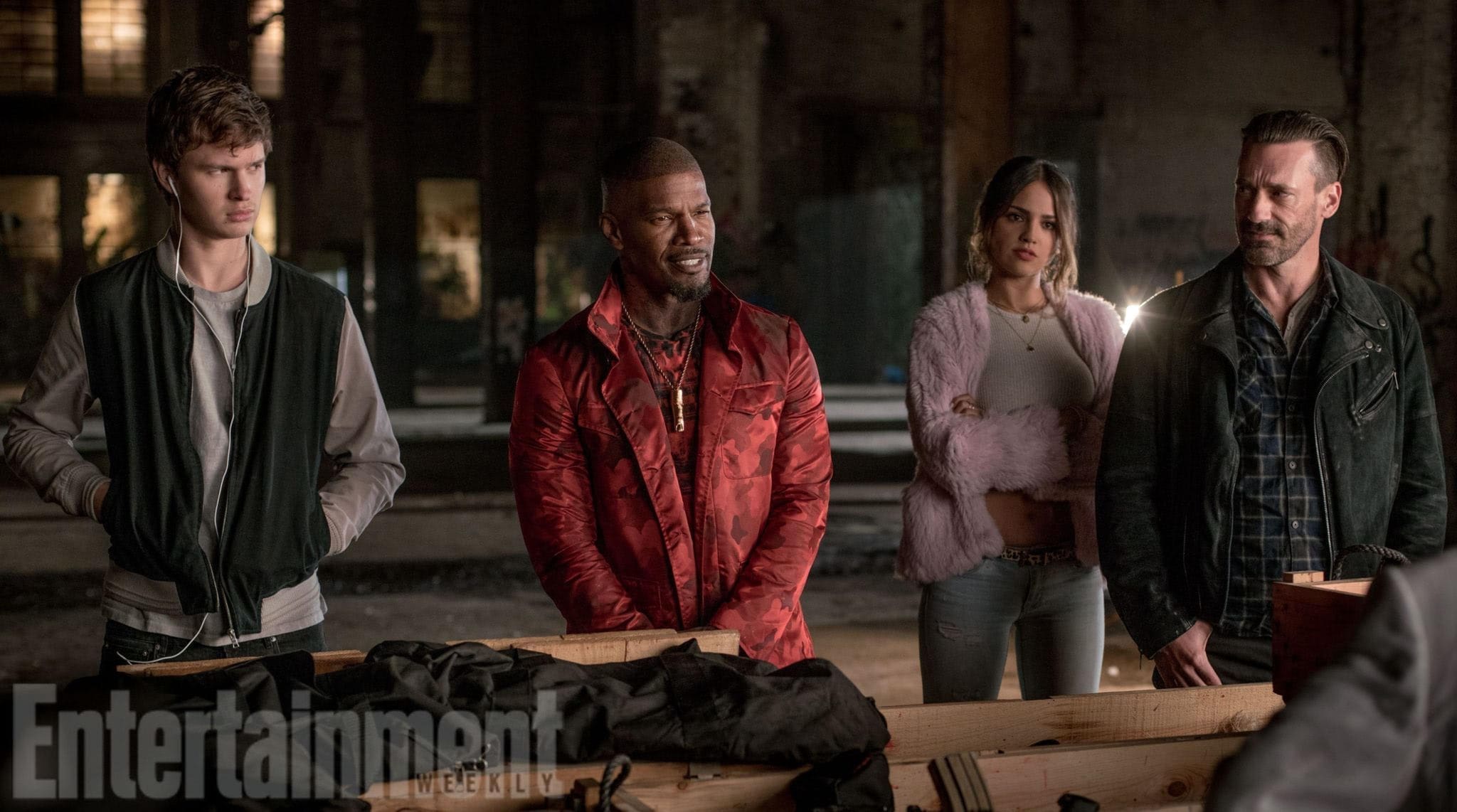 The first trailer for Edgar Wright’s Baby Driver was released a few weeks ago and left fans somewhat divided. The domestic trailer showcased what could be a thrilling action movie, but left little to show for fans of Wright’s quirky and witty dialogue. While the international trailer offered a bit more of Wright’s personal touch, it still didn’t share the intelligent banter of Shaun of the Dead or Wright’s other popular works. The footage Wright himself was on-hand to discuss at CinemaCon 2017 felt very much like a proper Edgar Wright film.

In the footage on display, we get to see a full scene from the film. Music plays a key role in Baby Driver as Baby (Ansel Elgort) suffers from tinnitus and uses music to drown out the ringing in his ears. Every song that Baby listens to the audience hears as well as every chase scene plays out to the varied and often explosive soundtrack. Think Guardians of the Galaxy, but with much more of a focus on the music. Wright even wrote the script around the music choices instead of vice-versa.

The footage began with Baby driving up to a bank with Griff (Jon Bernthal), Buddy (Jon Hamm) and Deborah (Lily James) riding along with him. The trio get out of the car, leaving Baby in the driver’s seat. They dawn masks as they approach the bank and the robbery begins. However, the camera stays focused on Baby as he starts jamming out to his music in the car, playing drums on the steering wheel and having a grand ol’ time. He occasionally glances into the bank to see how the robbery is progressing, and starts the car again as he sees the robbery coming to a close.

When the three robbers get back to the vehicle, Baby kicks it into reverse, then pulls the emergency brake for a quick 180 and an epic chase seen ensues. The police get close to catching Baby at every turn, but he skillfully evades them with expert driving that only a stunt driver could pull off. In fact, every driving stunt in the film was actually done. You won’t find any CG effects here because Wright wanted everything to feel real.

At the end of the chase Baby pulls the car into the oncoming traffic on the freeway, then turns around to move between two other similar-looking red cars. He makes a few more deft maneuvers and ends up losing the police. After pulling into a parking garage the group changes cars, removes their bank robber clothing and casually drives away.

When the footage concluded Wright was joined by Baby Driver stars Jon Hamm and Ansel Elgort as the trio discussed the film. Elgort talked about how important the music was to the film, and the fact that he loves to drive stick now. Meanwhile, Hamm commented on the realism of the car chases and how he was actually sweating as the car was cruising at 80 mph pulling off crazy stunts.

Baby Driver looks like a return to form for Wright, although most would agree he’s always been in top form. The film is definitely more action-oriented than most of Wright’s filmography. Even the more action-oriented Hot Fuzz pails in comparison to the action on display in Baby Driver. We haven’t seen a lot of Wright’s trademark humor, but the first trailer showed small glimpse into that portion of the film, so it seems as though audiences should expect at least a bit of humor alongside Baby Driver’s action-packed car chases.

Sony is so confident in Baby Driver that the company has pushed the released date up from August 11, 2017 to June 28. While confidence is a great sign, that puts Baby Driver in dangerous territory, sandwiched between Transformers: The Last Knight, Despicable  Me 3 and Spider-Man: Homecoming. Hopefully there’s enough room in there for Baby Driver to shine because it looks to be shaping up as one of Wright’s best.