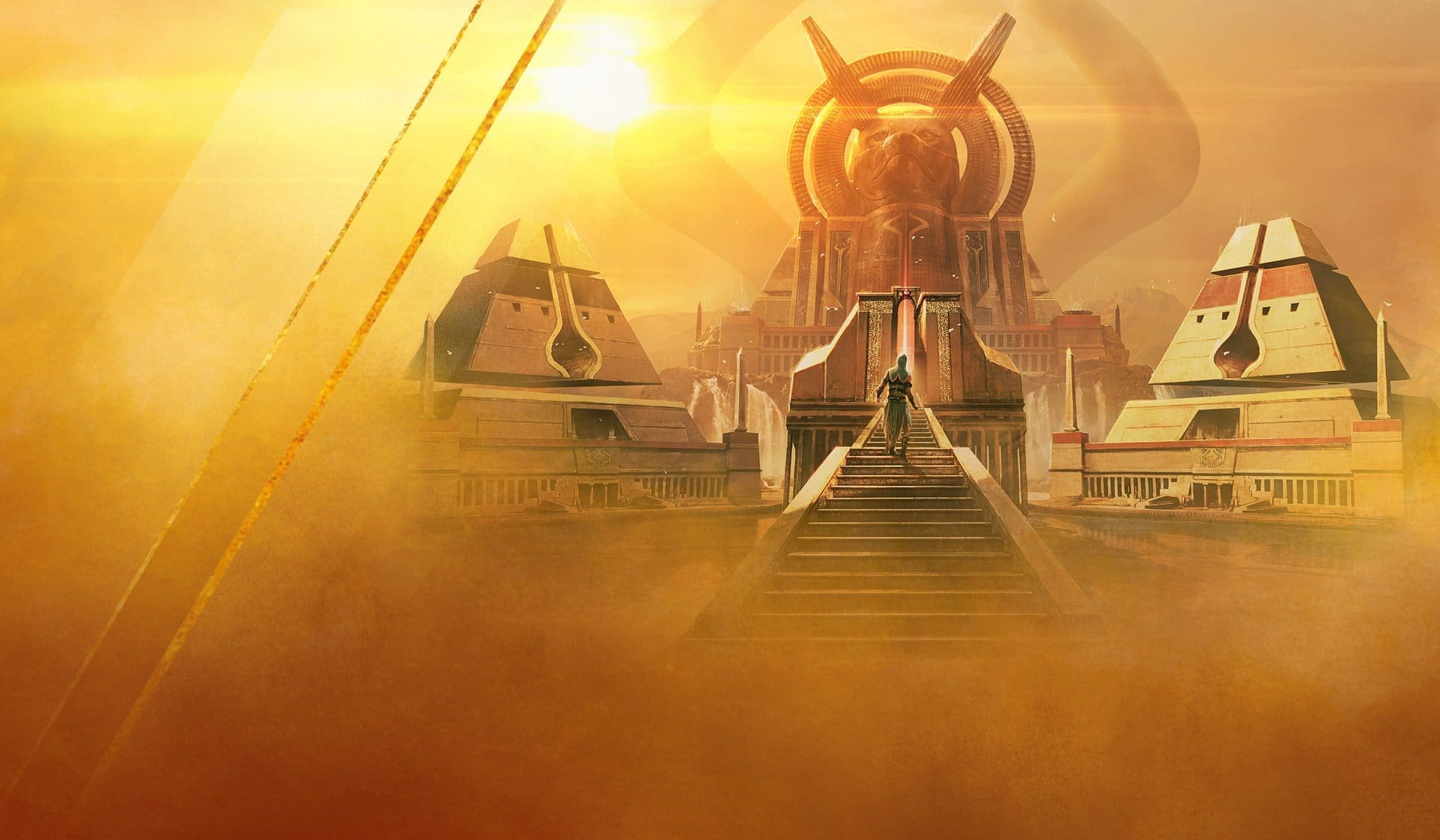 The next major set for Magic: the Gathering is almost upon us as we prepare to journey to the Egyptian-themed plane of Amonkhet! Let’s start with the dates you’ll need to know. Prerelease weekend is April 22nd and 23rd, be sure to get your hands on those new cards ASAP! The full release date is April 28th, with the Launch Weekend taking place the subsequent two days. After a few weeks of deckbuilding and learning some new mechanics (see below) we can look forward to Game Day on May 21st and 22nd!

Amonkhet brings this Commander staple back to standard. Cycling allows players to pay a certain mana cost (typically 1 or 2 colorless mana) and discard that card from their hand and draw a new one. This makes it easier to find lands when in a drought or get rid of unnecessary duplicates in an unlucky hand.

And just in case cycling in standard isn’t exciting enough on its own, we’re getting cycling dual lands to boot. Five dual lands have been revealed so far and, given my obsession with cool lands,  hope there’s more to come.

Embalm is an activated ability you can activate if the creature card with embalm is in your graveyard. As a sorcery, you may pay the Embalm cost and exile the card from your graveyard. Doing so will create a token of the creature on the battlefield that is a Zombie in addition to its other types, has no mana cost, and is now white regardless of its prior color.

You make the decision whether to exert a creature as you declare it as an attacker. If you choose to have it exert, an ability will trigger and grant you some bonus. As a trade-off, the creature won’t untap during your next untap step. Exert is not an instant and must be declared at the same time the creature is declared an attacker, not when blockers are declared or damage is being dealt. Giving a creature with exert Vigilance or untapping it through other means is fair game and makes them all the more dangerous.

Brick counters are used to build and improve artifacts such as Oracle’s Vault (pictured below). Assuming the mechanic works similarly with other cards in the set, one ability will add brick counters to the artifact while another will only activate once the artifact is “built”. In addition to tokens, Amonkhet will also have these nifty, perforated punch cards to help keep track of various status effects including if a creature is: embalmed, exerted, or has -1/-1 counters Aftermath is a new ability where the card can only be cast from the graveyard, afterwhich it must be exiled. With Aftermath comes a new design for split cards! Whether this design change is permanent or just for Amonkhet remains to be seen. Aftermath adds even more utility to the graveyard in an already graveyard-centric set.

Amonkhet introduces a new enchantment subtype: “Aura-Cartouche”. Each of Magic’s five colors has it’s own Trial enchantment and a Cartouche that signifies the trial has been passed. While each Cartouche simply has to enter the battlefield with little to no effort on our part, the way they interact with the Trials might have strong implications in gameplay, check them out below.

While not a new event, there are new promos and the coveted champion playmat to show off for Amonkhet. Trueheart Duelist and Glorybringer (pictured above) will be awarded for participation in Game Day and placing in the Top 8, respectively. Players who place first will receive this playmat: The packaging for Amonkhet has also been revealed, including revealing the stars of this sets Planeswalker Decks: Liliana and Gideon! Liliana was a clear choice given her affinity for Zombies, however I expected Nicol Bolas to make an appearance. Perhaps he’ll play a larger role in the next set. Check out all the art and packaging below! UPDATE: We now know these iterations of Gideon and Liliana to be Gideon, Martial Paragon and Liliana, Death Wielder. These names were revealed as part of a new trailer released 4/3 and they have been fully spoiled since.

Full-art lands are always an exciting addition to any set. These special lands will appear in roughly 1 out of every 4 booster packs, not nearly as common as the lands found in Battle for Zendikar a couple years ago.

While not part of Amonkhet’s full release, Archenemy has returned to Magic: the Gathering. First introduced in 2010, Archenemy is a 3v1 format where 3 players face 1 common opponent (in this case, a player-controlled Nicol Bolas). To even the odds, the Archenemy has a life total of 40 instead of 20, plays first, and draws on their first turn. In addition to this, the Archenemy has a deck of “schemes” that he or she will draw and play once per turn at the start of their turn. Schemes can be sorceries or enchantments with a wide range of effects. These schemes are used in tandem with, not in lieu of, their normal deck. Archenemy: Nicol Bolas will release June 2017! Amonkhet Invocations are the latest in Magic’s Masterpiece Series. For those unfamiliar with the Masterpiece Series, it is a set of cards that is the spiritual successor to Battle for Zendikar’s Expedition Lands that began with Kaladesh and will be a part of every set moving forward. The cards found in each Masterpiece Series will be a combination of cards from all across the past Magic sets. These cards are slightly more common than foil mythic rares, but not by much. 1 in every 144 booster packs will have a Masterpiece. While cards in the Masterpiece Series aren’t exclusive to the set (their more common versions are much more accessible) they will have a radically different design themed to whichever set it releases with. 26 Amonkhet Invocations have been revealed so far and they look absolutely incredible. Click on any thumbnail for a closer look!

God cards pop up in Commander now and then but those who remember Theros block not too long ago remember that gods were out in full force and we will see this again in Amonkhet. Amonkhet draws heavily on Egypt and gods are a huge part of Egyptian lore and mythos. All five gods will also be Amonkhet Invocations (above)

As we get closer and closer to each new set some cards are spoiled or revealed from seemingly out of nowhere, below are the cards spoiled so far that weren’t part of an official Wizards announcement. More card updates are released daily, check out the full reveals here.

If there’s one thing that’s been missing from the last 57,000 sets in a row, it’s Nissa (hopefully you’re picking up on the sarcasm, I’m laying it on quite thick). At least this time she’s got some Blue in there so we’ll have to wait and see what happened to cause that shift. Liliana was an obvious choice given the zombie/undead focus of this set and Gideon’s reactions to the rules and order of Amonkhet are sure to be interesting.

MTG Amonkhet | What We Know So Far – DailyNews Geek-Art