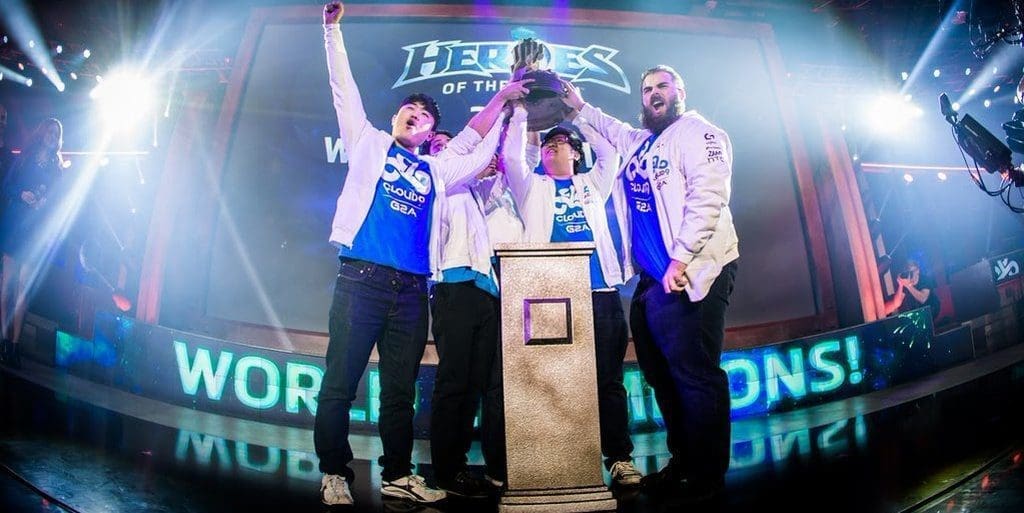 The World Championship for Heroes of the Storm was held in Anaheim California at this year’s BlizzCon and for the first time ever, a champion was named.

This year, Cloud9, a fan favorite team from the North American region swept Team Dignitas 3-0 in the Grand Final series. The support coming in for Cloud9 was absolutely stunning. Coming into the World Championship, Cloud9, consisting of k1pro, iDream, Fan, KingCaffeine, and their captain, DunkTrain, were always thought to be number 2 in the North American Region falling behind Tempo Storm.

With Tempo Storm falling to Brave Heart 2-1 in group stages, Cloud9 just had to stay on their game through the grand finale circuit. However, Cloud9 did so much more than that. Cloud9 didn’t loose a single game while at the World Championship at BlizzCon.

Now onto the Grand Finals match. Cloud9 versus Team Dignitas. The first game was tight until Cloud9 hit level 10. Then it was all down hill for Team Dignitas. Game two was a fairly even match through and through. Cloud9’s strategy was to get Team Dignitas into long battles and wear them out, once they make a mistake, capitalize on it; and they did jus that. This game plan persisted through game three and eventually ended up being to much for Team Dignitas to handle and they fell to Cloud9 3-0.

With that victory, a new era of gaming champions has begun. Cloud9 is now the Heroes of the Storm World Champions.