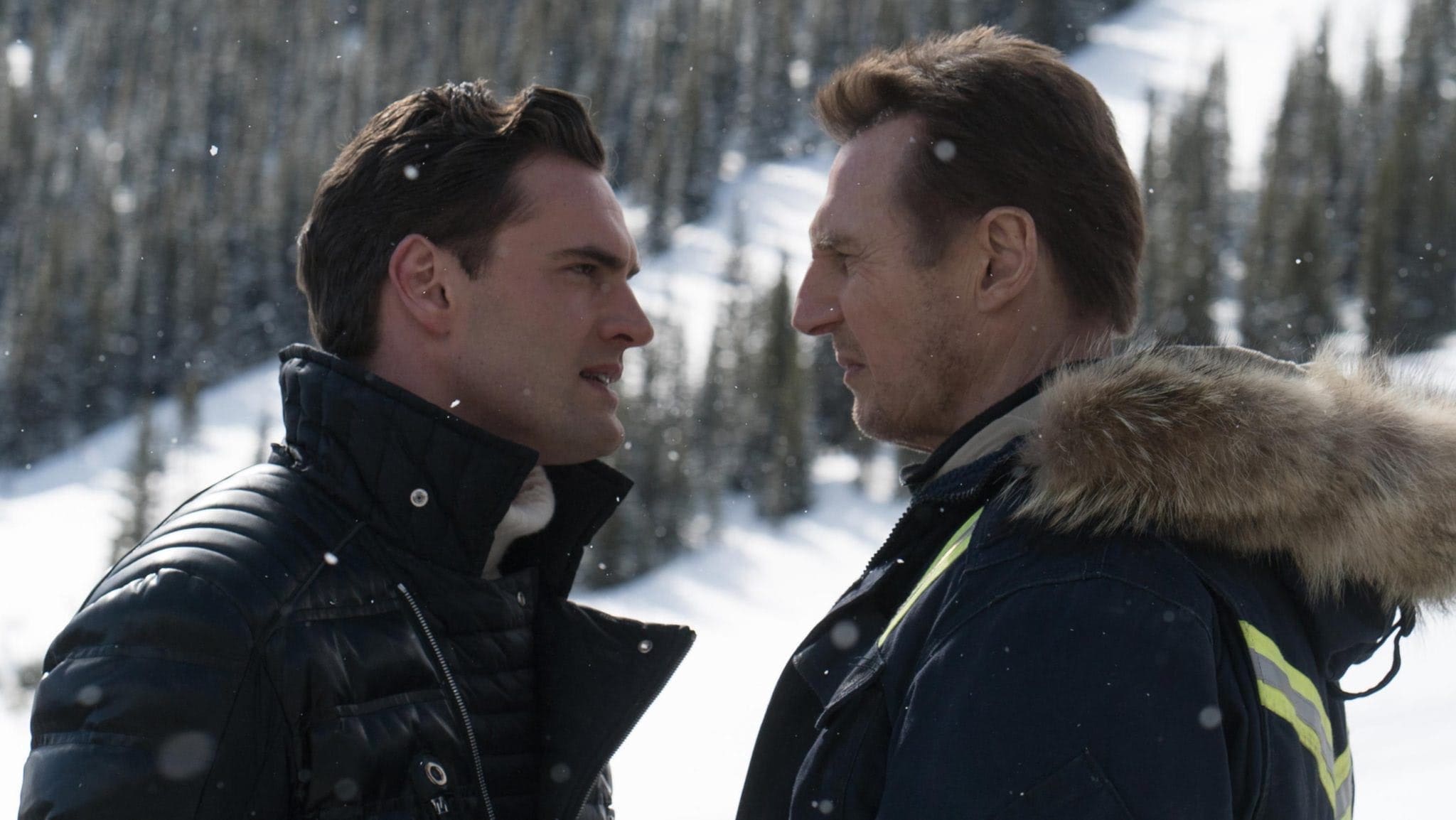 Liam Neeson has played many different roles in his career, but after he played Bryan Mills in Taken, it feels as though every role he’s played has been a variation of that character. It’s been over a decade since the original Taken, but after two sequels, and similar movies such as The Commuter, Neeson’s specific set of skills are starting to feel a bit worn. Now we have Cold Pursuit, which may look like another Taken clone based on the previews, but actually offers a fairly unique take on the aging genre.

Cold Pursuit follows the story of Nels Coxman (Liam Neeson), a snowplow driver in Colorado. When his son is mistakenly involved in a drug deal, he’s cleaned up with the rest of the loose ends. This sets off Coxman on a mission of revenge. Even reading that basic synopsis of the film, it sounds a lot like Taken, but there’s a lot more going on here.

When the film first begins, it may seems as though it’s just another copy of Taken. However, as soon as the first revenge death occurs, things start to take a turn into foreign territory. In fact, if the creative minds behind Cold Pursuit had just gone all out with the wild take on the genre, it would’ve made for a far more enjoyable film.

Quentin Tarantino has a unique filmmaking style. His writing ability, combined with his directorial flare make his films feel special. Cold Pursuit is like a somewhat watered-down Tarantino film. It takes a walk on the morbid side with some dark humor, making special note of each individual who dies throughout the film (and their religious affiliation). In fact, while Taken is a straight action film, Cold Pursuit feels more like a comedy.

The only real downside is that the director Hasn Petter Moland and his creative team don’t go far enough with the dark humor. Instead of a full on, balls to the wall Tarantino film, we get a film that goes just far enough to separate itself from Taken, but not so far as to really give it the character it really needs. At the very least, this is not your typical action film. It feels more like an episode of The Soprano’s, if the iconic HBO series had aired on Comedy Central.

While this is virtually a one-man show, Neeson is joined by the head of the drug cartel, Trevor ‘Viking’ Calcote (Tom Bateman), and his bevy of henchmen, as well as the leader of a rival drug cartel, White Bull (Tom Jackson), and his thugs. Both cartels offer a fair bit of humor that blends well opposite Neeson’s solemn killing machine.

Cold Pursuit is an idea that almost came to fruition. The dark comedy is a great new spin on the Taken-style of films. However, the movie stops just short of giving the audience what they deserve. It takes itself just a bit too serious instead of fully embracing the quirky dark humor and running with it. As it stands, Cold Pursuit is far better than the trailers make it out to be. If you’ve seen all three Taken movies and the various clones, there’s still something unique to see here.

Synopsis: A snowplow driver seeks revenge against the drug dealers he thinks killed his son. Based on the 2014 Norwegian film ‘In Order of Disappearance’.