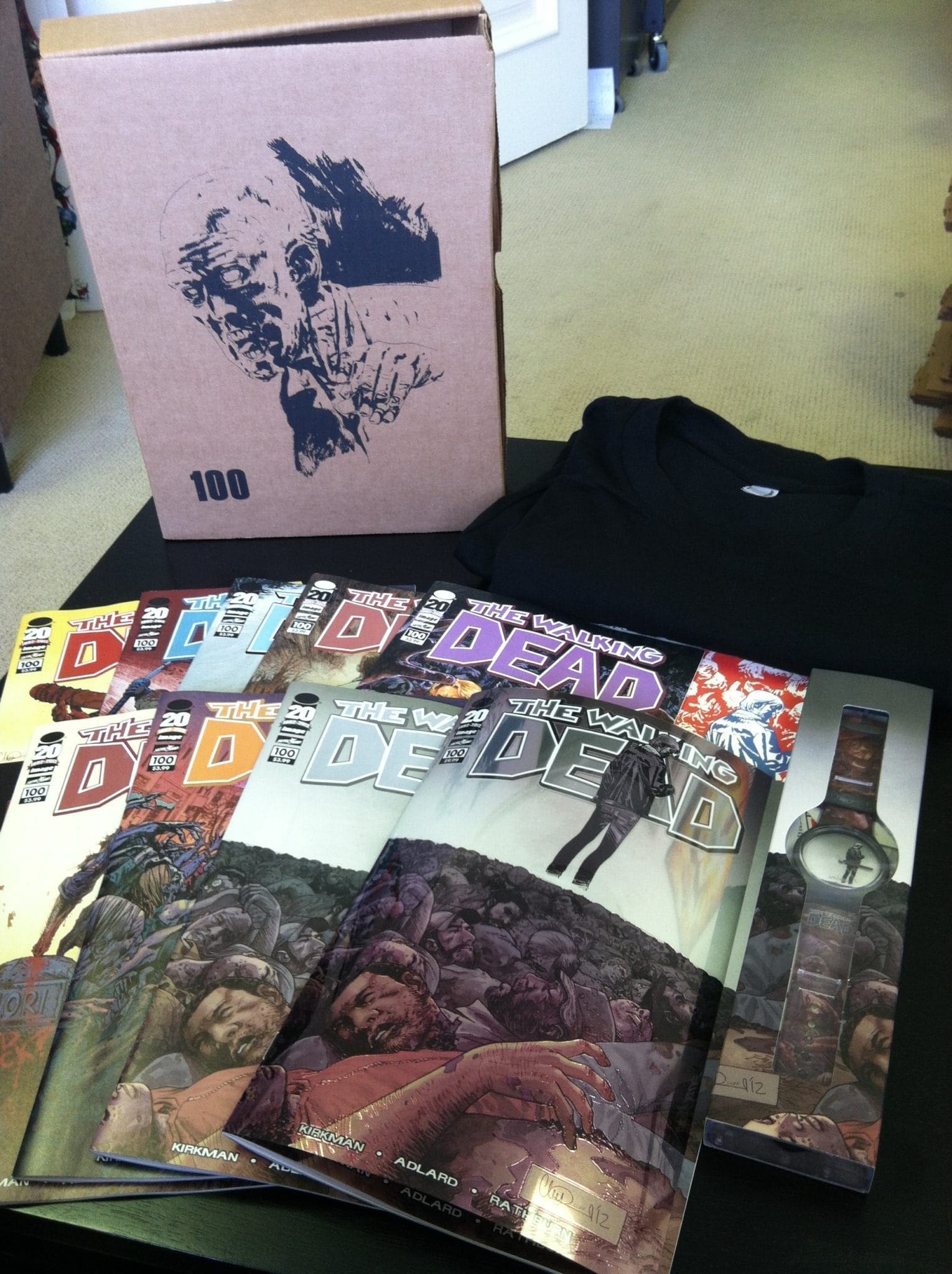 I have been a huge fan of The Walking Dead since the beginning. I remember getting my hands on the first issue way back in high school and was totally being blown away by a comic book that wasn’t Marvel or DC.

Flash forward almost ten years, IMAGE/Skybound comics released a limited edition box for issue #100! They only made 100 box sets but I was lucky enough to snag one.

Here is what is inside the box set: