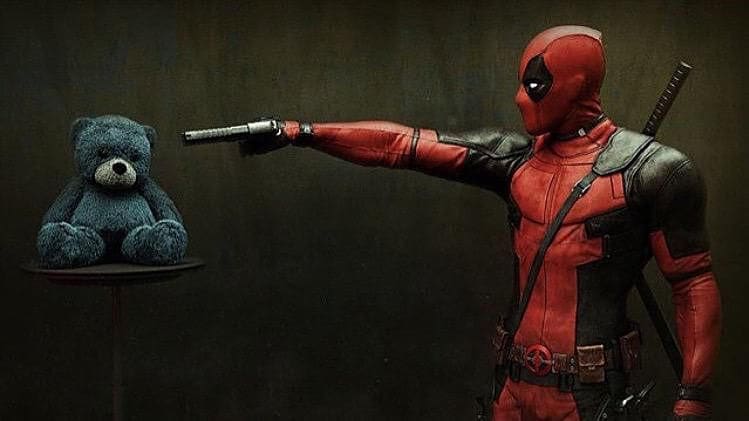 Superhero movies are a dime a dozen these days. In the coming years Marvel will ramp up to three (and eventually four) movies per year. Couple that fact with Warner Bros. kicking off its DC cinematic universe with Batman v. Superman: Dawn of Justice next month, plus everything Fox has to offer, and we could be seeing as many as ten superhero films in a single calendar year. Marvel has done a good job of mixing up its most recent films, but even with that extra effort, many of the comic book movies feel similar. With that said, Deadpool is easily one of the most unique comic book films to hit the silver screen in a long time.

There’s nothing quite like Deadpool in recent memory. Kick-Ass is probably closer than most other comic book films, and if Guardians of the Galaxy was to be rated R, it would probably start to creep into the realm of Deadpool. For now, Deadpool stands on its own as a dead serious comic book movie that makes fun of itself and the genre in such a ridiculous and over the top way, it’s a breath of fresh air.

If you’re a fan of the Deadpool comic book series, you should feel right at home with the film. Wade Wilson (Ryan Reynolds) is even more snarky here than he was in X-Men Origins: Wolverine. The new film completely ignores the events of X-Men Origins, (while still taking a few clever shots at Wolverine) and serves as a proper origin story for Deadpool. But it’s far from your typical comic book origin story that you may be accustomed to.

The movie starts off with Wade Wilson having been Deadpool for a moderate amount of time. After a unique opening credits sequence that perfectly sets the tone of the film, we’re introduced to Deadpool as he’s on his way to mess up some bad guys. In the middle of the brawl the film flashes back to Wade Wilson before he was Deadpool. The flashbacks continue as the fight slowly comes to a finish, to keep the film moving at a brisk pace.

Deadpool clocks in at just under two hours, but it’s so well paced that you’ll only feel as though you’ve been watching Deadpool verbally abuse people for maybe 90 minutes. You want more, in fact you will need more Deadpool in your life, but you won’t get it unless this movie performs well at the box office. This brings us to the first minor issue with Deadpool (and there aren’t many at all). As an origin story you have to make room for Wade Wilson becoming Deadpool. While that’s great, it does take away from the Merc with a Mouth that everyone wants to see. Deadpool is a great film, but a sequel that doesn’t have to deal with the origin story, and gets straight to the point, is just begging to be told.

Marvel and WB have their own shared cinematic universe between Marvel and DC respectively. There were talks of Fox bringing the X-Men together with the Fantastic Four, but after the miserable films in that series, it’s not likely to happen anytime soon. Deadpool is the closest we’re going to get to seeing a shared universe from Fox, and it’s well-done in the film.

Joining Deadpool on his adventures are Colossus (voiced by Stefan Kapicic) and Negasonic Teenage Warhead (Brianna Hildebrand). You may remember Colossus from X2 back in 2003 when he was played by Daniel Cudmore. This is not that Colossus. The Colossus in Deadpool is a full CG character and far more badass than anything we’ve seen from the character in the past. You never see his human form (Piotr Rasputin), which is a good thing because there’s no way a human version of a character this size would look right, even with the visual effects mastery we see in modern film.

In a movie like Deadpool it may sound odd, but Colossus is the comic relief. He is the ying to Deadpool’s yang. Deadpool is so over the top raunchy, the filmmakers made Colossus almost like a nun. He spends most of the movie trying to convince Deadpool to join the X-Men. He brings along Negasonic, who doesn’t have many lines, but steals almost every scene she’s in.

If you know Negasonic Teenage Warhead from the comics, her powers have changed for the film version of Deadpool. In this case, change is good because her powers now match her name perfectly. She represents the X-Men well, with her and Colossus making it very clear that Deadpool takes place in the same universe as the X-Men films.

Wade Wilson’s best friend, Weasel (T.J. Miller), provides a more grounded perspective for the audience to hold onto. He’s a fairly normal guy, but his reactions to Wade and Deadpool are far better than how most normal people react to superheroes in films. Add to that Wade’s love interest, Vanessa (Morena Baccarin), and the main villain, Ajax (Ed Skrein), and you have a complete puzzle.

There isn’t much to complain about when it comes to Deadpool. The character breaks the fourth wall a few times, but not as much as some would like. It almost felt as though the filmmakers were holding back a bit. Everything still works, but you have to imagine a sequel will be so much crazier and over the top that it absolutely has to happen. Almost all of the jokes (some more crude than others) work well, and they come at you in rapid succession. In fact, at a few points in the film the jokes come so fast that you’ll miss the second or third joke because the audience is too busy laughing at the first one.

If you’re a fan of comic book films and a bit of toilet humor, Deadpool is a must-see film. If you’re a fan of the Deadpool comic books, you have to go see this film. If you like Avengers and nothing else, you may not like all of the humor, but you’ll still likely have a blast. Deadpool tries a bit too hard in a few places, but overall it’s an extremely fun film that brings new life to the crowded genre. Don’t forget to stay for the post-credits scene and let’s all hope the film performs well-enough to warrant a sequel.

Synopsis: A former Special Forces operative turned mercenary is subjected to a rogue experiment that leaves him with accelerated healing powers, adopting the alter ego Deadpool.