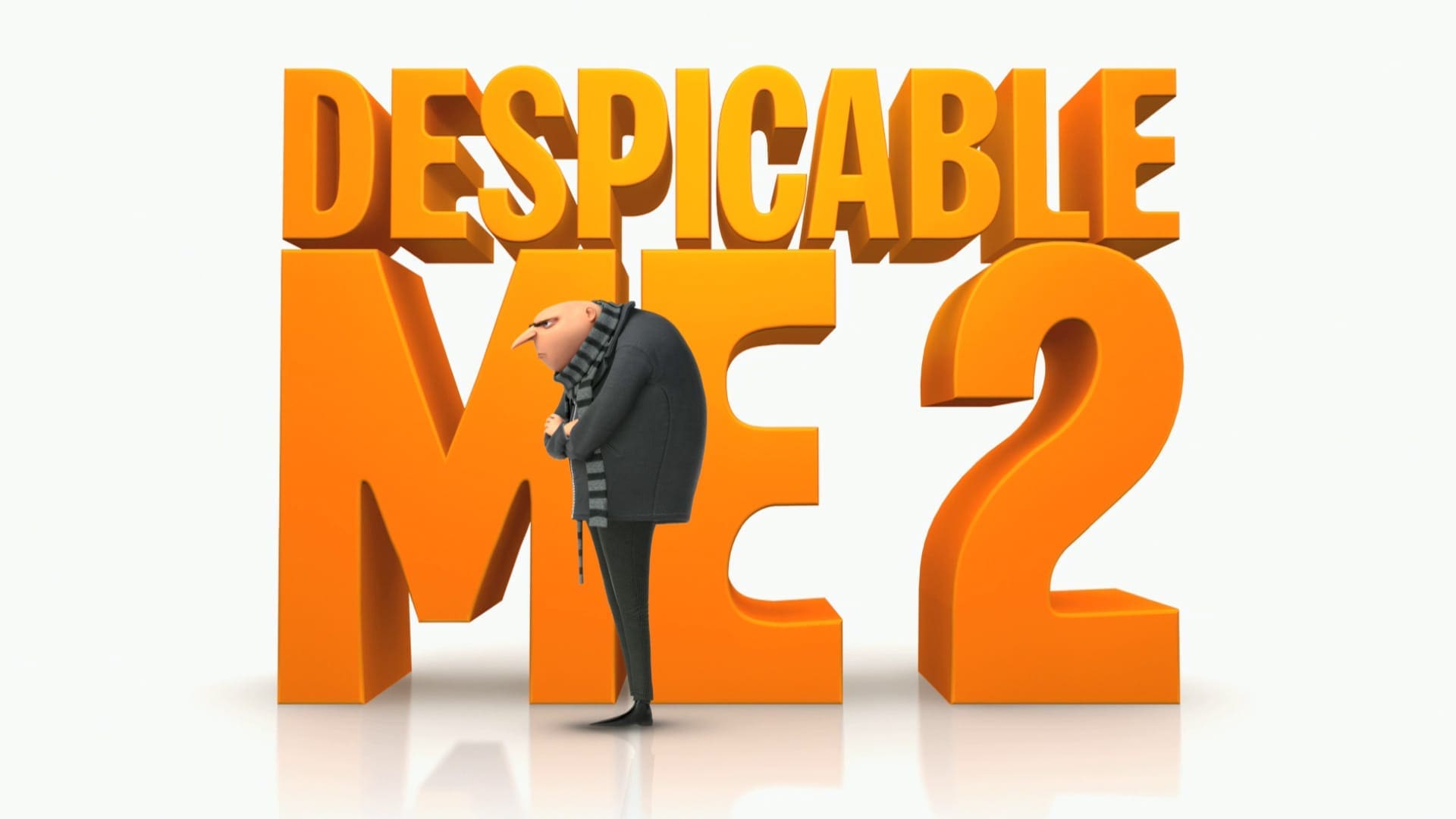 “Why are you so fat?” (And slightly less despicable this time around?) “Because my house is made of candy, and sometimes I eat instead of facing my problems.” or so admits Gru, dressed as a pink fairy princess to ensure that Agnes’s birthday is a success.  Hilarity ensues as the second installment of Despicable Me franchise ramps up.

While watching the sequel to the 2010 hit, I was initially reminded of the movie Three Men and a Little Lady. Only, “Three Ladies and a Big Man”.  Like the 1990 Tom Selleck sequel, DM2 finds Gru (Steve Carell), a retired villain who now produces jams (and soon jellies), lovingly raising his three adorable adopted children, only to be constantly reminded that perhaps he needs an adult woman in his life.  Psychological implications of family dynamics aside, this becomes the crux of the sequel: haphazardly finding the missing piece to the family puzzle.

Unlike Tom Selleck, Gru finds himself forcibly being recruited by the Anti-Villain League to go catch a new sneakingly slippery villain who has stolen chemical PX-41. A liquid that can turn anyone into a purple, monstrous, killing machine (a loose reference to P90X craze, maybe?).  Of course, he initially refuses the offer, and agent Lucy Wilde (Kristen Wiig), adds a little incentive by praising Gru’s previous villain work and letting him know he can call her anytime.

Russell Brand returns as the voice of Gru’s audibly challenged number one henchman, Dr. Nefario.  He tells Gru he misses the criminal life and has accepted employment elsewhere.  This news distresses Gru, who then accepts Lucy’s offer to go undercover at a mall and stop our mystery villain, all-the-while, refusing to fall for Lucy and trying to prevent his eldest daughter from every parents’ worst nightmare: dating a hip lothario.

As with the first movie, the Minions are a stand out bunch (expect a Minions spin-off movie late 2014).  The little guys that Roger Ebert once lovingly called “yellow stress balls”, make a grander appearance and prove a more vital role than the previous film.  In some cases, this usually comes off as “beating a dead horse”,  but the extra screen time for the Minions is surprisingly not annoying.  Instead, they bring comic relief for children, mainly, and adults, occasionally.

There might be something to be said for the fact that Gru doesn’t do anything particularly “despicable” this time around. Does it matter? Only if you are a literalist. Otherwise, the storyline has a fairly natural, however common, progression.  Plus, if you are in to that kind of heart-warming mushiness, this movie ranks high on the adorable scale.

Also of note, this movie is available for viewing in 3-D. I’m personally not a big fan of the 3-D venture. Yes, it does provide a richer texture to the film, which looks nice, but quick movement on screen can feel nauseating. For me, that is not worth it for the few pop-out gags that take place. Maybe 3-D is your thing, in which case, by all means. However, the movie will still look great in non-3-D rendering, and you get to save a couple bucks.

What really matters here is that the kids will enjoy it. They’ll laugh. They’ll cheer. They’ll do typical things kids do at movies.  Best of all, it is a family movie that adults can enjoy and laugh at with gags including references to Alien and the Chiquita Banana Lady . There is plenty of other quirky moments throughout to provide a chuckle or two, with one of the last gags of the movie leaving me giggling on the floor.  In the end, Despicable Me 2 entertained me, and made me realize how much I’d love to have an album of Minions interpreting songs from decades past.

Synopsis: Gru is recruited by the Anti-Villain League to help deal with a powerful new super criminal.