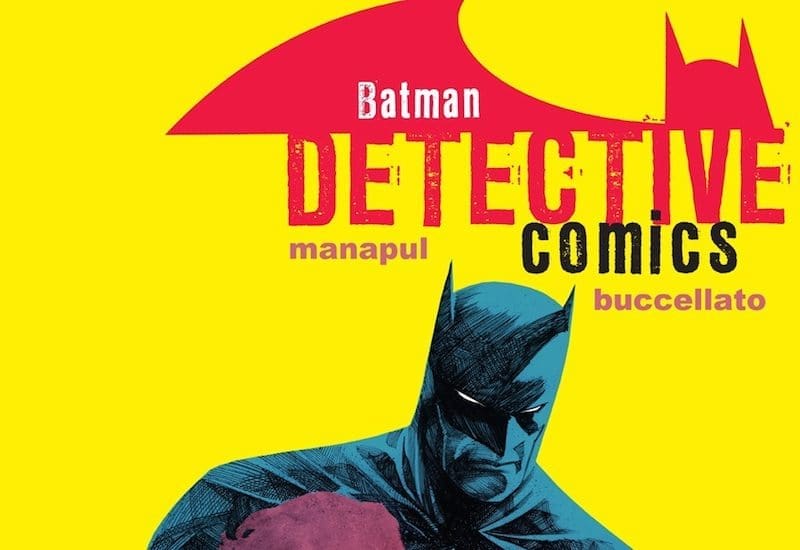 Brian Buccellato and Francis Manapul slip so effortless into the bleak landscape of Gotham City within the first couple pages of Detective Comics #30 that it’s hard to imagine these two are fresh off an over two-year run on such a tonally disparate character in The Flash. Bringing the character down to street-level, Buccellato and Manapul imbue Batman with the “World’s Greatest Detective” moniker that sometimes gets left behind in other writer’s hands and instill a much more grounded plot in this initial endeavor. Batman’s traditional rouge’s gallery of villains is set-aside for simple drug pushers and street toughs, but the sense of danger is still ever-present. While I’m chomping at the bit to see the dynamic duo of Buccellato and Manapul tackle some of the Dark Knight’s most renowned foes, this opening chapter of Detective Comics #30 sets the stage for what will surely become an essential companion piece to Scott Synder’s equally fantastic Batman monthly series.

Buccellato’s script rattles off an array of new characters—both villains and allies—at the start of the issue and it can be a little overwhelming as it’s unclear which characters will be important to this new arc moving forward. Two of this issue’s most vital new characters appear to Elena Aguila, a self-made businesswoman closing an important deal with Bruce Wayne, and her motocross racing daughter, Annie. Elena’s introduction accomplishes a great deal for her character in such a limited amount of time as she wields a confidence that immediately demonstrates how she is able to be a self-starter without having to pummel us with traditional backstory. It’s that kind of clarity that would have helped differentiate the villains of this issue better as the numerous names of low-life drug dealers, rival biker gang leaders, and political figures is just a jumble of who’s who and the motivations are not made clear enough. I’m all for mysterious figures lurking in the shadows but I’m not even sure who’s side certain people are on.

Even without words inside of it, Detective Comics #30 would be worth checking out for Manapul’s art. Those that previous read The Flash are well-versed in his kinetic pencils and although I was skeptical that that kind of movement would not work in a title featuring Batman, I can admit to being so, so wrong. Manapul builds to his more fast-paced panels with excellent quieter moments, like the sequence of Batman appearing as a silhouette in the skies over Gotham before crashing in to the safe house of some drug pushers and beating them senseless. Panels that are heavy on the action are entirely clear and highly detailed, from the full-page spread of Batman taking down an escaping motorcyclist to single page of Annie kicking up a swirl of dirt on her bike. Between Manapul’s work in this issue and Greg Capullo doing some of the best work of his career over on Batman, there are now two fantastic looking Batman books on the stands right now.

Let’s face it:  It’s a great time to be a Batman fan right now. Scott Synder’s “Zero Year” arc on Batman is great, the weekly series Batman: Eternal is promising exciting changes, and now Brian Buccellato and Francis Manapul are working on Detective Comics. Their first attempt at writing a Batman arc is a bit overcrowded with fresh faces, but still comes highly recommended to anyone that wants more Batman in their lives.