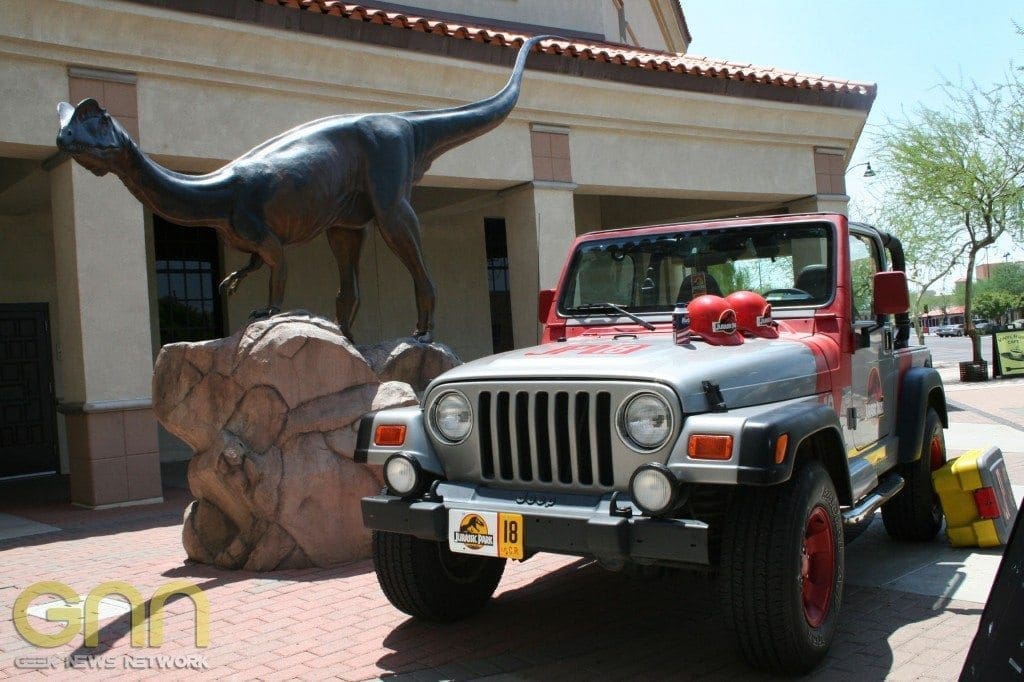 When I was six years old, I saw a clip of a claymation triceratops gore a man.  You could say from that point on I possessed a profound respect and intrigue for dinosaurs, a fascination only furthered with plastic dino toys, encyclopedic tomes on dinosaurs, posters pinned to the wall, and the holy canon for dino fans: Jurassic Park.  Naturally then, such an event entitled DinoCon would be first and foremost on my must-attend list.  A place for dinosaur fans and enthusiasts to feel at home and comfortable with like-minded, dino-obsessed individuals where we can share our passion for all things green and roaring, DinoCon saw its inaugural event on July 27, 2013, in the Starlight Theater at the Arizona Museum of Natural History.

DinoCon is the brainchild spawning from one extended family’s collaborative love and obsession with the awesomeness that is dinosaurs.  Reportedly, almost exactly a year prior to the event, the Jimenez family (Carl, Patty, and their son Trinidad) along with Julia Zolondz (Patty’s sister) and her husband Bobby Tyning enjoyed a screening of Jurassic Park at Studio Movie Grill.  The excitement from experiencing the movie once again on the big screen inspired a desire to recreate this enthusiasm and share it with fellow dino lovers in the form of a giant dino party.  With help from a host of volunteers, Julia, Bobby, Carl, Patty, and Trinidad brought this idea to fruition completely out-of-pocket.

So what does a giant dino party consist of?  Nothing but the coolest tips, tricks, and talks ranging from dinosaur toy variants from the 80s, dino-centric themed crafts, in-depth compare/contrast of Jurassic Park the book and movie, how to trick out your jeep for Isla Nublar, to even professional advice worth observing while on digs.  But wait, that’s not all!  This party billions of years in the making also featured an overly generous round of trivia with prizes sponsored by SkyBound’s Super Dinosaur comic, T-shirts, pins, temporary tattoos, Jurassic Park photo-ops, sketch artists willing to draw up anything your dino-addled mind desired, and independent comic artists showcasing dino-storylines!

Starting the party out right, Bobby Tyning explained how when he was a kid, the “DinoBots were the shit,” in an informative presentation illustrating the evolution of dinosaur toy lines in the 80s.  Patty Jimenez followed up with one of my favorite panels, Crafting with Dinosaurs, where we learned how to make dino snow globes, glitter-encrusted dinosaurs, and the piece de resistance: dinosaur corncob holders!  A la Martha Stewart, Patty gave us difficulty levels for each project as well as great crafter secrets!  You can find these and other crafts at Patty’s Pinterest!  Another favorite panel discussion was given by Trinidad Jimenez, a sophomore in high school who knows more about Jurassic Park the book and movie than anybody else I know, chronicling the similarities and differences from page to big screen.  Next, TJ Van Der Werf explained how you can outfit your vehicle in Jurassic Park decals and colors from as low as $250, where to find help doing it, and some other Jurassic Park themed props and costumes from varying price ranges.

Finally, the last panel was given by Venture Crew (a co-ed division of the Boys Scouts of America) members and museum volunteers Kara, Jake, and Ben who have participated in dinosaur digs in the surrounding Arizona area.  These bright youths discussed how a fossil is removed from the ground, showcased some lesser known dinosaurs, announced the most important tool to have on a dig, and surprised us with a secret audience appearance by local celebrity paleontologist Douglas G. Wolfe.

If this piqued any interest, made you curious for more, or made you think you just might have finally found your people, you should be there next year when DinoCon roars back to Phoenix!  Stayed tuned to their site and Twitter feed for details!  Adorable and energetic in its infancy, DinoCon has great growth potential and, having had a super dino-sized fun time, I am eager to see where and how the event expands when I attend next year. 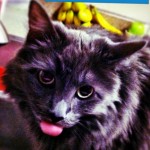