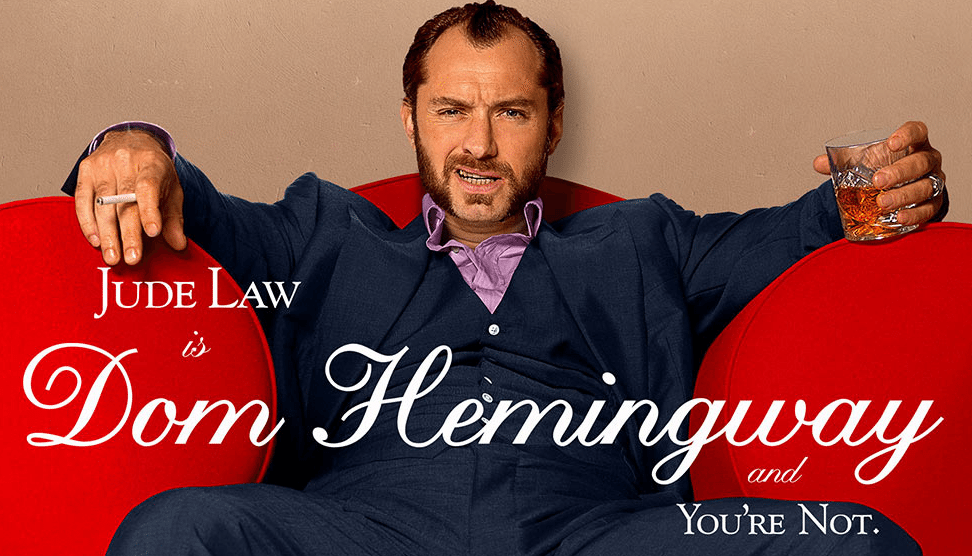 If you look at the film history of Dom Hemingway writer and director, Richard Shepard, you may not see many films or TV shows you recognize. Do not let that keep you away from his latest film release, as it was a pleasant surprise to say the least. If you’re a fan of other British movies such as Lock, Stock and Two Smoking Barrels, or Snatch, Dom Hemingway is right up your alley and you should be figuring out where and when you can watch it instead of reading this review.

We sat down for an exclusive interview with Shepard, who had some interesting things to share about writing the movie, “I just started writing Dom and I sort of was enjoying the way he was speaking and the trouble he was getting into and Dom sort of led the way to the story of the movie. I just sort of followed his character as he continued to get into a lot of trouble and shoot himself in the foot.”

Jude Law plays the title character, who is about as cheeky as they come in these raunchy British comedies. He’s rude, crude, brash, complacent, egotistical, and hilariously funny. Almost every scene featuring Hemingway is pure gold as the screen oozes with personality and vigor. If the R rating wasn’t enough of a deterrent, let’s be clear about the fact that Dom Hemingway is not a film you take your kids to, but that almost makes it all the better.

When asked about the casting, Shepard told us, “I wanted a British actor who had not done a gangster movie, so that immediately cut out 75 percent of the British actors who are out there.”

The movie kicks off with Hemingway serving out the last bit of his 12-year prison sentence. He’s a thug who specializes in breaking into safes, but he’s clearly done far more horrible things in his time. The first scene of the movie, the first time we see Hemingway, we’re met with a riveting, outspoken monologue about his “twig and berries” while he’s getting his jollies off with a little help from a fellow inmate. It may turn a few people off, but it’s the perfect introduction to the movie and the title character.

However, the few times you do see him back down from his testosterone-soaked demeanor, actually feel wrong and out-of-place. You may find yourself questioning Dom’s actions as he backs down simply because you just expect him to blast through any obstacle in his way to get what he wants. There are more than a few surprises throughout the film, but Dom backing down shouldn’t be one of them. It almost makes you feel sad.

The pacing of Dom Hemingway is some of the best we’ve seen of any film in recent memory. The action and comedy rarely let up, but when they do it feels like perfect timing. Hemingway can go from pummeling a cohort with a flurry of pure British insults, to having a heart-to-heart with a call girl, and it just feels right.

One could go as far as to say that the only negative aspects of the film happen when Dom lets the audience down. Jude Law has such a powerful screen presence as Hemingway, that the few times when he shows weakness you just want him to quickly overcome it and verbally abuse the next poor sap who crosses his path.

Richard E. Grant plays Dickie Black, Dom’s longtime friend and companion throughout the movie. While Dickie is nowhere near as outrageous as Dom, he’s the perfect partner to help balance the movie out. This can also be said about many of the other co-stars in the film, as casting was spot on from start to finish.

Dom Hemingway has yet to release nationwide in the US, but as soon as it reaches a theater near you, or releases to Blu-ray or digital download, do yourself a favor and watch this film. It’s not quite perfect, but it’s hard to imagine a British comedy being more entertaining.

Synopsis: After spending 12 years in prison for keeping his mouth shut, notorious safe-cracker Dom Hemingway is back on the streets of London looking to collect what he’s owed.

KEEPING UP WITH THE JONESES | Movie Review