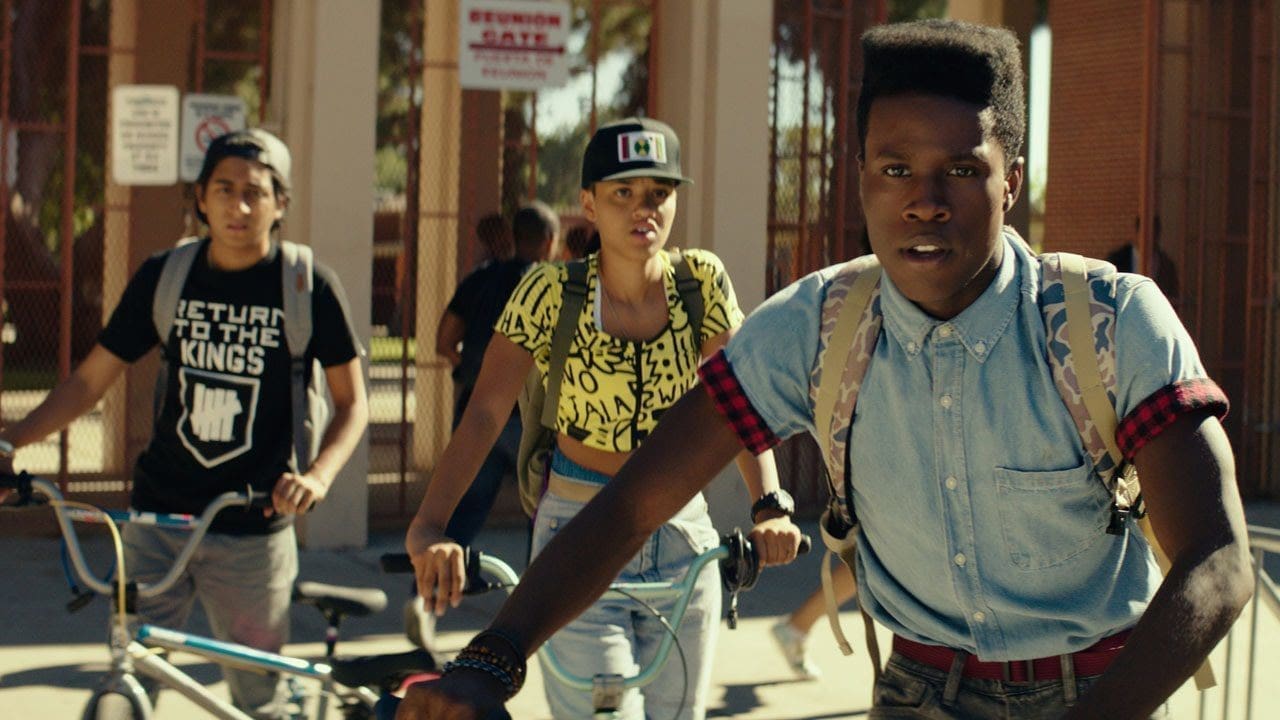 Every decade has its cheerleader.  The older generations would contend the fifties were a golden era for bliss while others would site the cultural revolution of the sixties and seventies were a pinnacle of spiritual and emotional awakening.  I’m particular to the eighties myself.  It was a time when music began to merge with digital technology and science and fantasy danced on the big screen in new and exciting ways.  Whichever decade you prefer, it’s the music that seems to draw your biggest nostalgia.  Whether it be a particular soundtrack or a single song playing on the radio, or iTunes for that matter, a memory filled with exhilaration can come flooding back in just a few notes.  New music will come and go, but once in a blue moon an artist, or several, will capture your ears and provide the background music for all your favorite memories.  Sometimes even the tragic ones; and, although you find it painful to recall those moments, you are comforted by the soothing sounds and melodies that resonate within you.  If that song happens to be The Humpty Dance, who are we to judge.

In Dope, directed by Rick Famuyiwa, Malcolm, played by Shameik Moore, plays a high school senior in Inglewood, California.  He’s an unapologetic geek enamored by all things nineties, including the fashion.  His flattop haircut, reminiscent of Kid N Play, and absurdly colorful clothes make him stand out among the gangbangers and drug dealers on the sun-drenched streets of his neighborhood .  When he’s not busy avoiding trouble, he plays lead singer and guitarist in a band with his friends Diggy and Jib.  Their music is inspired by hip hop, rap and alternative bands of the nineties.  When a chance encounter with a drug dealer’s girlfriend causes Malcolm to become in possession of a large sum of street narcotics, he finds himself involved in the dangerous culture he’s managed to steer clear from all these years.  With the help of his friends, Malcolm must get rid of the drugs without incurring the wrath of the criminals responsible for making it or implicate himself in an illegal enterprise.  If that’s not enough, his goal of attending Harvard also hangs in the balance if he can’t find the time to work on his essay.  Not a bad way to spend your last year in high school.

I found the humor throughout the film works well and it has less to do with Malcolm’s strange fashion and more with his awkwardness toward girls.  There’s an endearing aspect to seeing a kid that isn’t confident and yet is courageous and makes an effort to try new things despite his shortcomings.  While Malcolm is not a suave gentleman, he is still a gentleman and that turns out to be both a blessing and a curse for him.  Nice guys have always been taken advantage of, but fortunately Malcolm is smart enough to know how to find a way out of a bad situation.  Still as a teenager trying to set things right, his intelligence is sometimes overridden by his libido.

The premise for Dope is not original, an outcast trying to be himself despite opposing forces, but what feels original is placing the film in a less suburban, or white, neighborhood.  The movie addresses stereotypes head on, without preaching, and shows us that geeks can come from all walks of life.  Malcolm loves the nineties, but he’s also a brilliant student who dreams of a Harvard education.  Where he is born and raised should never be a deterrent or dampen his ambitions.  Society obsesses over jocks and athletes to an absurd level, but it is never equally appreciative of a road scholar or acclaimed scientist.  If we are ever to see another Einstein, Hawking, or Tyson in our time, we should provide that person as much opportunity to reach his or her potential as we would a Lebron James or David Beckham.

I did find that the movie begins to lose momentum halfway through as Malcolm works out his plan for losing the drugs.  His travels through Inglewood introduce us to some interesting and hilarious characters, but occasionally it loses focus trying to be a nerd-driven Boyz in the Hood.  What keeps you on track is Malcolm’s nice guy persona.  He’s relatively innocent to the ghetto world for the most part and strays too close into the deep end for his own good, but it’s that very innocence that brings you closer to his world and perhaps connects you to it in some way.  Life isn’t easy anywhere and we can all relate to being in a no-win situation.

Dope is a terrific movie for teenagers, or anyone, grasping with identity while also providing a good ride, a la Adventures in Babysitting, but with drugs instead of children.  The film is narrated by Forrest Whitaker, our omnipotent vocal guide for all the characters.  Similar to Ron Howard’s voice for Arrested Development.  Zoe Kravitz is alright as the love interest, but doesn’t have a lot to work with in this movie, her Poetic Justice attire being the one exception.  Malcolm’s two best friends are a welcome contribution and a pleasure on screen, especially Diggy.  Shameik Moore does a great job as our main geek and the story has very thought-provoking subject matter, especially near the end.  I would have preferred they made the serious topics more pronounced over some of the comedic choices used to make it palatable for a wider audience, however it is first and foremost a comedy so I shouldn’t complain too much.  It does have an homage feeling when you compare it to 90’s comedies, which is the most entertaining element overall.  The use of music played by our main characters, as well as the nostalgic soundtrack and references, adds to the fun.  If you appreciate the nineties as much as Malcolm, you’ll get an extra kick out of this movie and really enjoy the credits.

Synopsis: Life changes for Malcolm, a geek who’s surviving life in a tough neighborhood, after a chance invitation to an underground party leads him and his friends into a Los Angeles adventure.