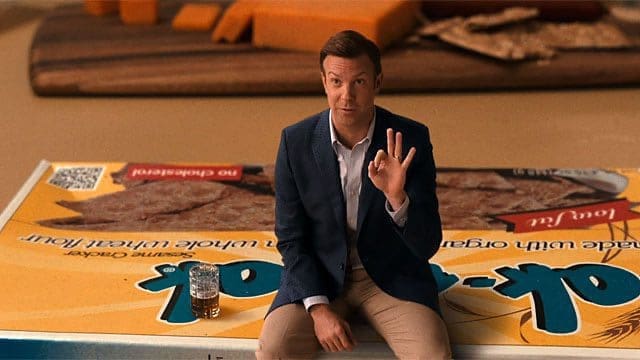 Imagine a world where people are only 5 inches tall and the sociology, economic, and environmental effects it would have. Downsizing poses several questions with its unique concept and social commentary. At times it has powerful humanistic moments driven by incredible acting and humorous elements to keep it light.

However, while the movie shines in small increments, the overall story is disjointed and lacks the focus to be an exceptional film. It’s pacing is erratic and often feels longer than 2 hour run time. The movie tries to be more than it is, and in doing so, it loses all impact it’s commentary on life, humanity, and the pursuit of happiness.

Downsizing stars Matt Damon and Kristen Wiig as a middle-class couple struggling to live the American dream. After Scientists in Norway discover a method to shrink down humans to 5 inches tall, “small” communities begin to spring up around the globe that offer a life of ease and abundance. When Paul (Damon) and Audrey (Wiig) go to their high school reunion, they reconnect with their old friend Dave (Jason Sudeikis) who has chosen the small life and is living like a king. Swayed by the slick sales at one of the “small communities” Paul and Audrey take the plunge to become small.

The first Act of the film leading up to their decision is a smart satire on high-pressure sales and big-ticket purchases. As you watch you feel for Paul and Audrey as they are shown the glitz and glamour of being small and then rushed into the financing to lock in the sale just like modern car dealerships. But once they go through with their decision the film takes a sharp turn that introduces new characters such as Dusan (Christopher Watlz) a European smuggler who makes millions off importing items from the “big” world and Ngoc Lan Tran (Hong Chau) a struggling Vietnamese refugee who lost her leg in while escaping prison.

As the film enters into the second Act its theme shifts gears to show that although people are promised this glamorous life being small, there is a significant economic gap and poverty runs rampant. As Paul steps outside of the “small community” he realizes that the world is more complicated than he ever imagined. The film shows the humanity of a melting pot of cultures driven by powerful performances by Hong Chau and Matt Damon.

However, in the third Act, the film falls apart as the plot meanders and it loses all focus as it takes another sharp turn at the state of the environment and the impending doom of humanity. It poses a fantastic question; when facing annihilation do we care for those who are alive now, or do we try to save the species? This question is posed too little too late and the film ends up feeling like a confused mess with too many questions and not enough answers.

Synopsis: When scientists develop a way to shrink humans down to 5 inches tall, Paul and his wife Audrey decide to downsize in order to live a better life. However being small isn’t all it’s cracked up to be and their decisions lead to life-changing adventures.

“What If” Movie Review