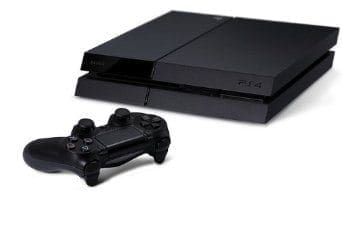 Let me get this out of the way right off the bat: For nearly a decade now I have been a jubilant Xbox fanboy. Sure, I’ve owned every other system released at the same time as an Xbox system. Sure, I’ve played most of them semi-extensively. Xbox however has been my home since the original, and especially since the 360 launched in 2005.

Now that might change after Sony’s crushing E3 2013 press event. To explain, we’re going to do things a bit differently than my Electronic Arts & Ubisoft recaps, as well as Brad’s Microsoft coverage.

The Internet is freaking out, because it appears that Sony just gave Microsoft the knock-out blow for this generation before it even began.

Check and mate Sony. Microsoft is going to have to go into PR overdrive to fix this situation, but I fear that it may be too late. Microsoft won’t ‘lose’ this generation by any means, but they’re certainly not winning either. Now, moving onto the rest of the show allow me to supply a quick warning. We suffered a huge power outage right as Square-Enix hit the stage, as such those sections are going to be bare.

Vita is the Place to See…ta

To start the show off Sony played the hype game trying to garner more support for the ailing Playstation Vita. To do this they’re now marketing the system as the “ultimate Playstation 4 companion device”. Will this help with its sales? Maybe, maybe not.

What may help is the new bundle featuring season 1 of Telltale Games’ The Walking Dead, including its upcoming expansion 400 Days. The bundle, as well as the DLC, will be launching later this summer.

Many still upcoming PS3 games were debuted, including Friday’s The Last of Us. (Make sure to check out my review early next week, in case you care about my personal opinions on it.)

Gran Turismo 6 made an appearance as well, boasting new engine physics and new tire, suspension and aerodynamics models, in addition to new rendering abilities. It also featured the most obnoxious squealing music-like things ever heard by man.

Instead of reading my brief thoughts on Batman Arkham Origins, click this link here.

Sony Pictures is bringing content over to the Playstation 4, including unnamed exclusive shows, Video Unlimited, Music Unlimited, a Live Events viewer, and Flixster. Not enough information was really given about this for me to report on, but sounded more-or-less similar to Microsoft’s TV announcements from their Xbox One debut.

Show Us the Previously Announced Games!

Killzone Shadow Fall, DriveClub and Knack showed off some new trailers, while inFAMOUS: Second Son finally had a gameplay reveal showing off how the fire powers will work in game.

Color me intrigued about the future of most of those games.

Transistor from Bastion developer SuperGiant Games came out as a launch exclusive for Playstation 4 (and PC).

Send in the Indie Developers

Sony has decided to do something that has never occurred to Microsoft: they’re truly showcasing indie developers, offering them the ability to self-publish their games with no hoops to jump through.

Titles debuted include Secret Ponchos, Ray is Dead, OctoDad: Deadliest Catch, Outcast, Don’t Starve and Oddworld Inhabitants. All the announced games will be exclusive to the Playstation 4 as well, so a major coup for Sony.

As such, make sure to check out our Square-Enix coverage later in the week for more information on these amazing titles.

The Playstation 4 is becoming the home for console MMOs as it was announced that Bethesda will be bringing The Elder Scrolls Online exclusively to the PS4. Another huge coup for Sony, and also a coup for Bethesda as they’re going to pull in an audience that is not already jaded with the ever-growing MMO genre.

The big moment of the night for me, aside for the obvious destruction on Sony’s part, had to be the reveal of Bungie’s Destiny, their persistent online shooter. The game is visually stunning, causing me to focus most of my attention on its beautiful lighting system, versus the combat and mechanics being shown off.

Speaking of combat, the game looks like a brilliant hybrid of Halo, Mass Effect and Borderlands, which makes it a must play no matter your system preference.

Playstation Plus is getting an upgrade, giving people more reasons to sign up, including further exclusive content and access to more free games; some of which are taken from the above indie gaming list. On the negative, though not unexpected side, Playstation Plus will now be required for online gaming. This was expected from the moment the feature was first announced, so no need to be that upset about it.

Gakai on the other hand looks overall amazing, at least based on descriptions. The system will go into effect in 2014, allowing people to stream Playstation 3 games to their PS4 from the cloud. Pricing on these games was not discussed, but the idea itself is sound. Now let’s see how it works in practice.

That covers Sony’s crushing blow against Microsoft. Obviously Microsoft is not done for, but they’ll have a lot of ground to recover after today.

Stay tuned to Geek News Network all week, as we’ll be posting trailers and discussions throughout each day. Also be on a lookout for an announcement about some changes to the GNN podcasting schedules related to E3.

Can’t Fight Fate | How Destiny: The Taken King won me...