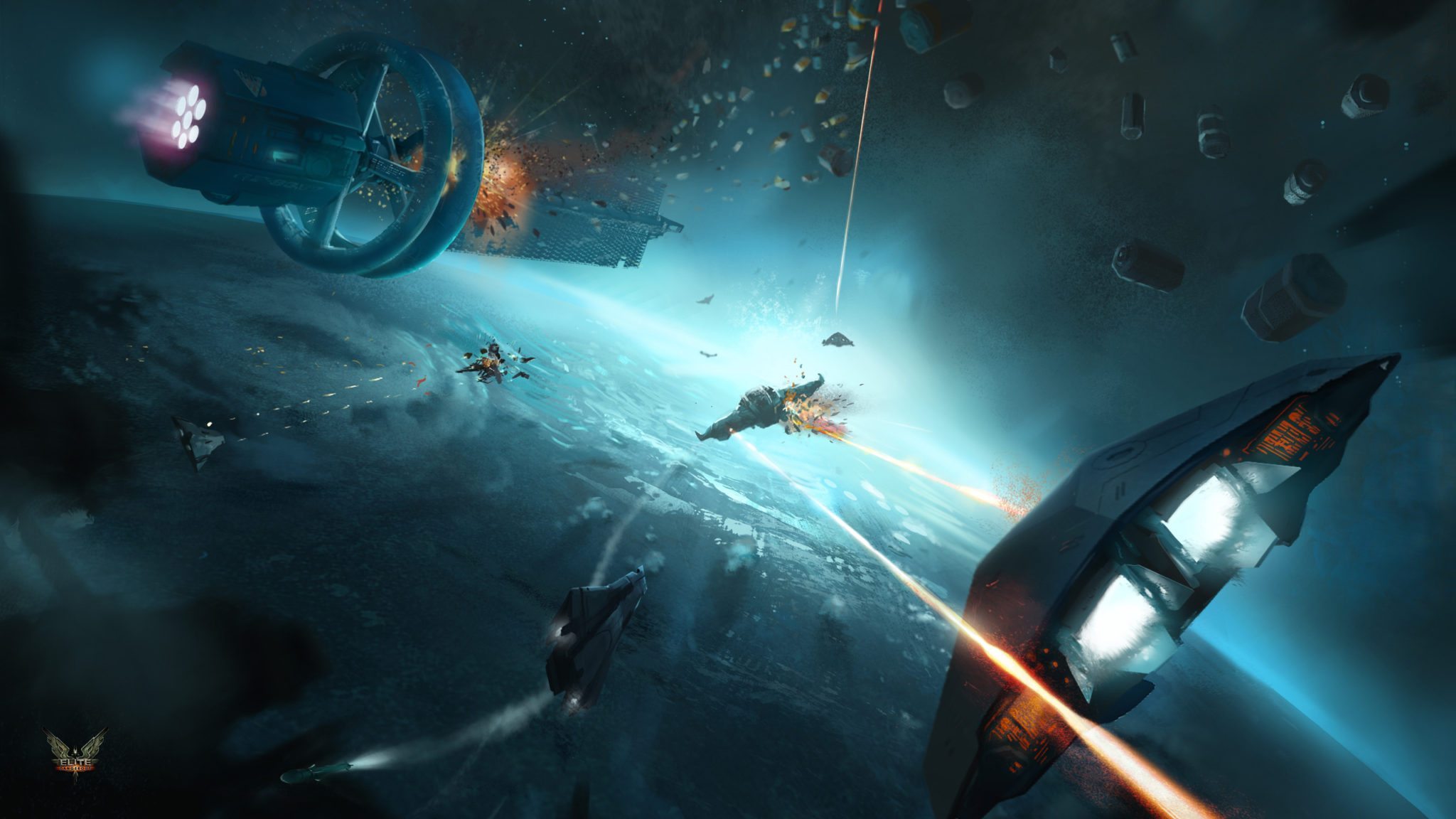 OH MY GOD! Am I excited about this game. There is just so much goodness, it is hard to know where to start.

Since 1984, the Elite series has been taking combat fighting to a whole other level. Elite: Dangerous is a crowd funded game via Kickstarter that is now available to play. In the year of the space games, this one definitely takes the cake. Here is the plot of the main story:

Take control of your own starship in a cutthroat galaxy.

In the year 3300, across the vast expanse of an epic, full-scale recreation of our Milky Way, interstellar rivalries flare as galactic superpowers fight proxy wars.

Some may know you as an ally; others will call you a pirate, a bounty hunter, a smuggler, an explorer, an assassin, a hero… Fly alone or with friends, fight for a cause or go it alone; your actions change the galaxy around you in an ever unfolding story.

Start with a small starship and a few credits, and do whatever it takes to get the skill, knowledge, wealth and power to stand among the ranks of the Elite.

Oh, and did I mention that it is compatible with Oculus Rift. Geek Dad and I both got to play Elite: Dangerous with Oculus Rift, noise canceling headphones, joystick and throttle making it a truly immersive experience. Upon putting it on, you need a moment to get your bearings. There is so much to look around and see, you need to learn what all your systems do and of course look at all your surroundings. We barely were able to learn the controls, when an enemy ship had entered the system. 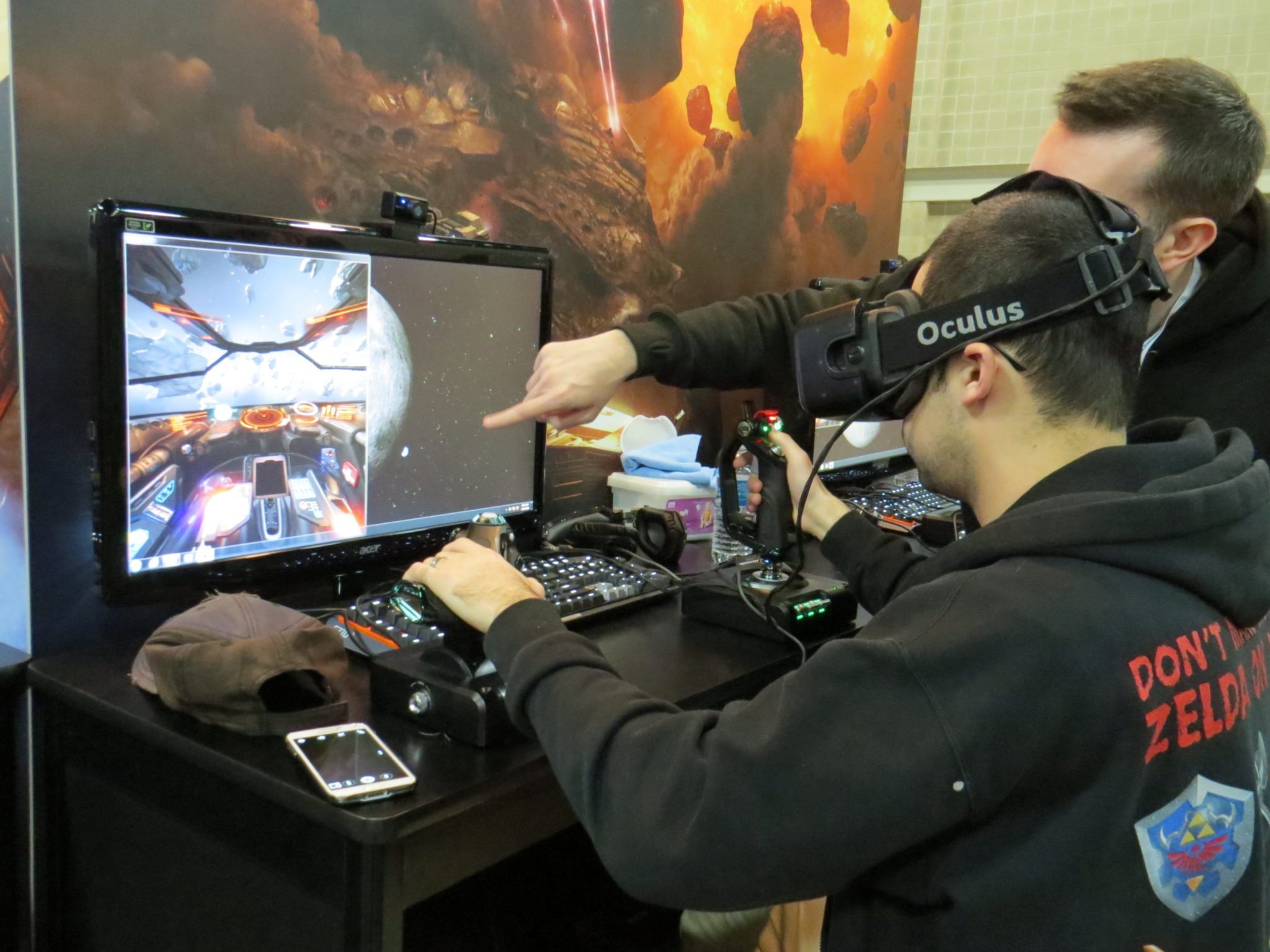 Weaving in and out of the an asteroid field while trying to destroy the enemy never felt so natural. The controls were fluid and smooth, especially with getting to use the joystick and throttle. While chasing the enemy, you can easily switch between the systems, going from weapons to engines to shields in a natural transition. You can easily see the enemy in detail showing where you are hitting them while also seeing what is happening to your ship. This level of detail is important, because individual subsystems can be attacked. Taking out someone’s engines or shields is just as effective as destroying their life support. In return, when you take on damaged your cockpit reacts and you need to make the appropriate adjustments and repairs.

Elite: Dangerous strives for true realism. For example, if you take a lot of damage it doesn’t mean that you will die. Once your life support is damaged, you have a reserve that gives you a limited amount time, about 2 minutes, to either finish the mission or escape to get to a repair station. But the enemy can stop you from jumping out of the system if they stay within a certain range of your ship. (This reminds me of the interdictor ships from Star Wars that prevent ships from traveling through hyperspace.) They got so detailed, that the joystick that is used in the cockpit is a replica of the joystick we used to play the game at PAX South. 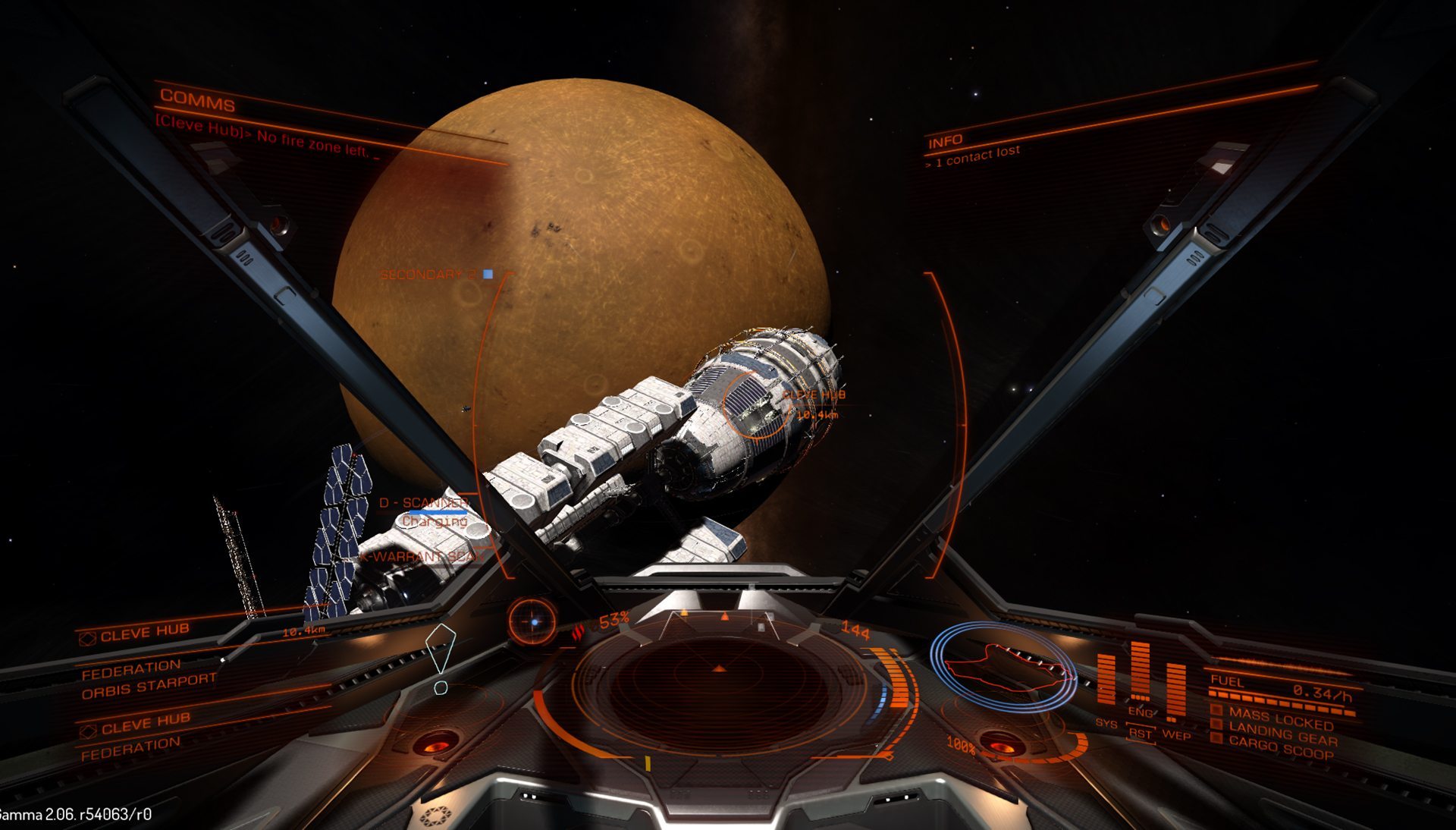 Elite: Dangerous took into account the desire to explore. The game has a 1:1 ratio that actually replicates the Milky Way. All the planets, stars, asteroids are accurately placed in the game and you can explore all of it. It is so detailed, that NASA discovered two new planets and within 5 hours they were added to the game in their perspective spots. The world is so big that it would take 100,000 years for all the current players to explore the whole universe of the game.

Within this open world, players can travel to new parts of the galaxy and it is generated as you explore. Whatever you do in the game affects the game as a whole. For, example a group of players were exploring and came across a planet and decided to overthrow their government and succeeded. This forever changed the game for all players. Based on what players are doing in the game, the story is being written by the studio to add what they are doing. 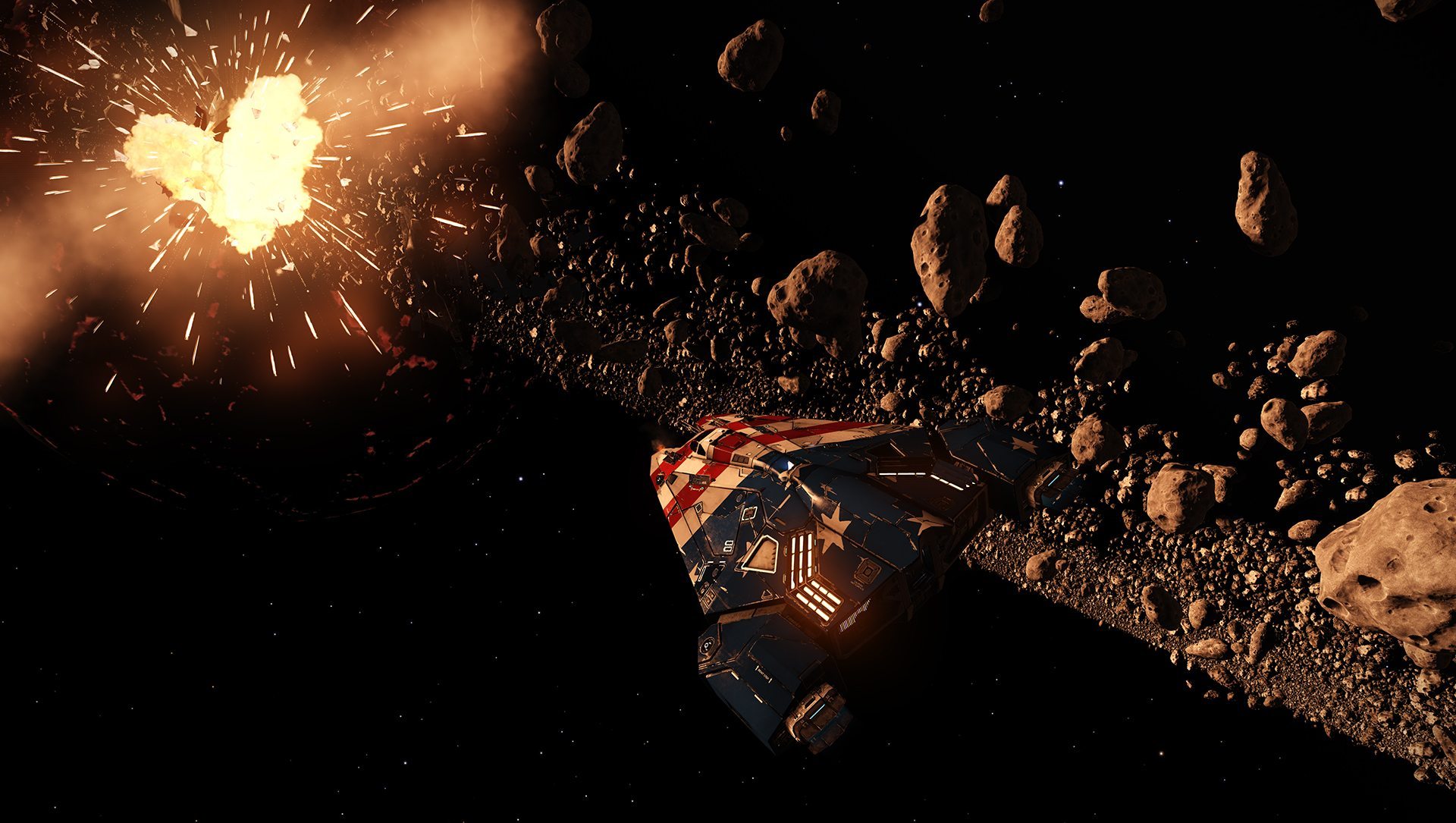 A few other things – Elite: Dangerous can be played with a keyboard and mouse, but I don’t recommend it. Also, you can never leave the cockpit, so you are always in flying mode. Elite: Dangerous can be directly downloaded from their website. This was my absolute favorite game at PAX South. It is a truly cutting edge and will be the standard for space gaming and Oculus Rift.