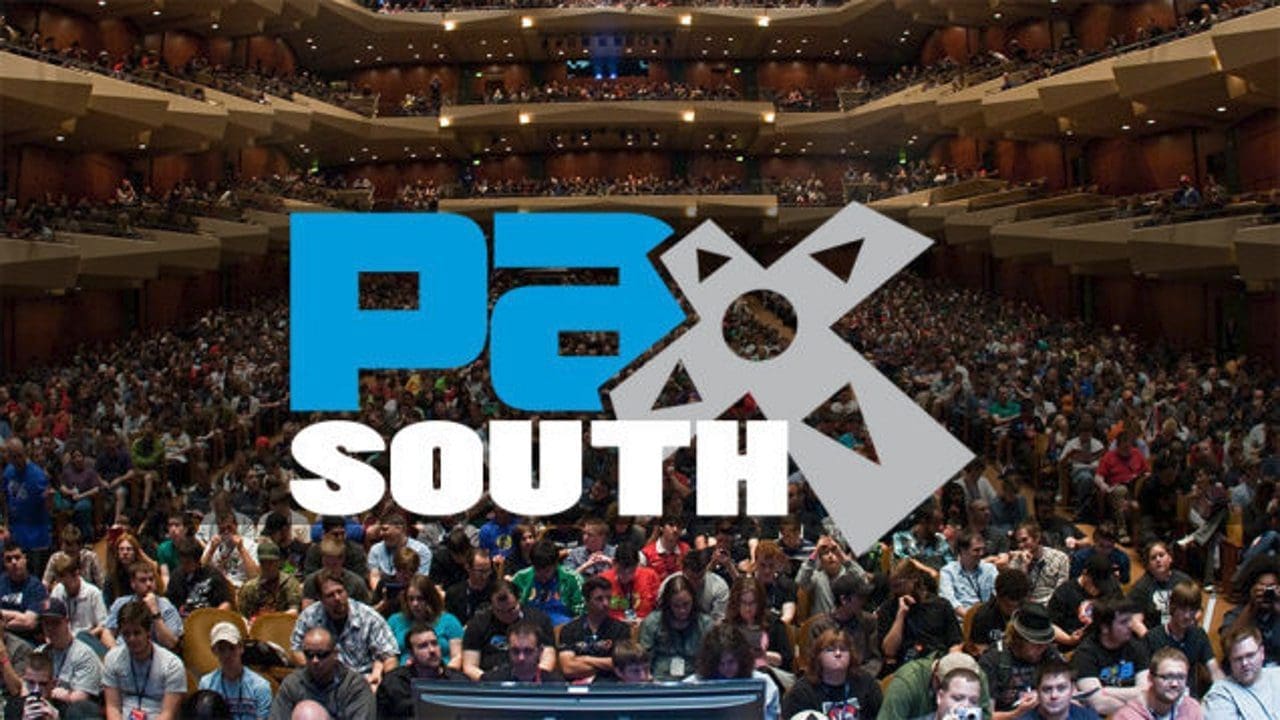 With the popularity of PAX already successful and established in Boston, Melbourne and Seattle, the newest addition to the PAX family, PAX South, is on track to be just as successful and popular. Finally, there is a great gaming convention in the south and southwest to give games a much needed fix for new games of all kinds.

PAX South had 40,000+ attendees and exhibitors swarming to Military City USA to show off old favorites, new indie games and fun gear for fans to show off their favorites. Exhibitors in attendance included Nintendo, Greybox, Tiny Build, Intel, Magic the Gathering, LogiTech, Alienware, Twitch and so many more. Each both had something new and exciting to offer from tech to game play to adorable tabletop figurines.

The two big highlights for me at PAX South was LogiTech’s new gaming keyboard and Oculus Rift. LogiTech’s keyboard is designed specifically for gamers, design for their specific needs and usages. (Full review in another post.)

On another note for tech, Nintendo was showing off their new 3DS XL includes ‘a wider range of controls with the addition of a C Stick and ZL/ZR buttons, beautifully enhanced super-stable 3D via face-tracking technology and built-in NFC functionality that allows for communication with Amiibo figures.’ (Press release here.) The enhanced 3D really adds a great new effect, but you still can’t move the DS all that much because it can make you sick. I personally love the huge screen and vibrancy which can be really seen with Majora’s Mask.

This being the first PAX South didn’t bring out a lot of big names like PlayStation or Microsoft (side note: Microsoft was suppose to be there, but instead gave their space to their various indie games to use instead.) This really gave smaller studios a place to show off their games without being overshadowed by the big studios. There were some really great games available to demo. Some of my favorites were Dreadnought, Elite: Dangerous: Rebel Galaxy, Tinybuild’s Speed Runners, Moonrise and State of Decay. Each one is different in their own right with a great style of their own.

I do have to say, 2015 is definitely the year of the space/sci-fi game. It seemed like every other booth was full of space ships, stars and adventure. It will be exciting to see what everyone’s favorites will be.

We didn’t do anything with table top gaming, because there was just so much and so little time with everything we had going on, but holly tabletop gaming. There were so many fun games to see and play. We stopped and checked out one called Krosmaster. I was mostly drawn to it by the cute characters, but it is like a cross between Magic the Gathering and Final Fantasy. Very fun, very colorful, but a lot going on. You really have to be paying attention.

For those who are big fans of tabletop gaming and find yourselves doing it frequently, your house could probably use a gaming table from Geek Chic. Seriously, their tables were BEAUTIFUL! They had everything you could think of to make your gaming experience more fun and interactive and then when you are all done, it turns back into a dining room table. Seriously, so awesome. They also had a lot of fun steampunk inspired attire, including some great character inspired hats. Obviously, my favorites were the Nintendo ones.

There were a bunch of t-shirt booths and Loot Crate was there, but PAX South did a good job of balancing out stuff to buy vs stuff to play with.

I didn’t make it to many, but I heard many good things. Studios like Bioware had a room all to themselves with panel after panel showing off the new features and behind-the-scenes for Dragon Age. They also had a fun picture booth where you could get dressed-up with different props to have a souvenir photo taken.

Guild Wars 2 surprised everyone with expansion details and a new trailer. ArenaNet president and co-founder Mike O’Brien and game director Colin Johanson surprised thousands of fans packed into the PAX South Main Theater and many more tuning into the Twitch livestream from around the world with the announcement, unveiling each of the core features the expansion would bring to Guild Wars 2: Heart of Thrones.

Motiga Lounge, aka Gigantic Theater, showed off their new game Gigantic. There were two rooms, one with different panels showing off gameplay, characters and one-on-ones with the creators and developers. The other was for a 5-on-5 gameplay so that people could test out the game and see the different characters that are available. The game was incredible fun and colorful with a character for everyone, even me who is pretty bad at playing PC games.

Like all PAX events there were plenty of gaming lounges. There was the handheld lounge, complete with giant zebra print lounge pillows.Falcon Theater and Console Area was filled with groups of gamers playing first person shooters, 8 way Super Smash Brothers Brawl and, my favorite, Mario Kart 8. There were rows and rows of PC Gamers gaming. It was a lot like being in a giant nerd office and a lot quieter than I was expecting.

As someone who goes to a lot of comic book conventions I was most impressed with the lack of nerd funk and how nice they were. Everyone was so courteous and polite and it was so nice. Everyone was just so excited to be there and incredibly patient as they waited for their turn in line. It was really funny/exciting seeing everyone run into the exhibitor hall with glee. Within moments, the Nintendo booth was packed beyond movement. Twitch had the same crowds, but almost the whole time. It was fascinating watching the Twitch videos and everyone standing around watching and responding.

I was surprised at the lack of cosplay. I spent a fair amount of time in the Exhibitor Hall, so I think I was really able to get a good look around. There were definitely cosplay, in fact there was an amazing steampunk Mario, Luigi and Peach that pretty much just blew my mind. But beyond that there just wasn’t a ton of quality cosplay. I hope as PAX South grows that more fun and beautiful cosplays will come out of the woodwork.

I think PAX South was a great event, especially for its first one. Said to be tiny and adorable by PAX veterans, I loved getting to see all the new games that you wouldn’t normally get to see and of course getting to share it with all the other gamers there. I look forward to attending future events and watching PAX South grow and grow.

We heard it was a great event. That Alienware truck? And the Twitch booth? #rad

A Look At PHOENIX FEARCON 2014