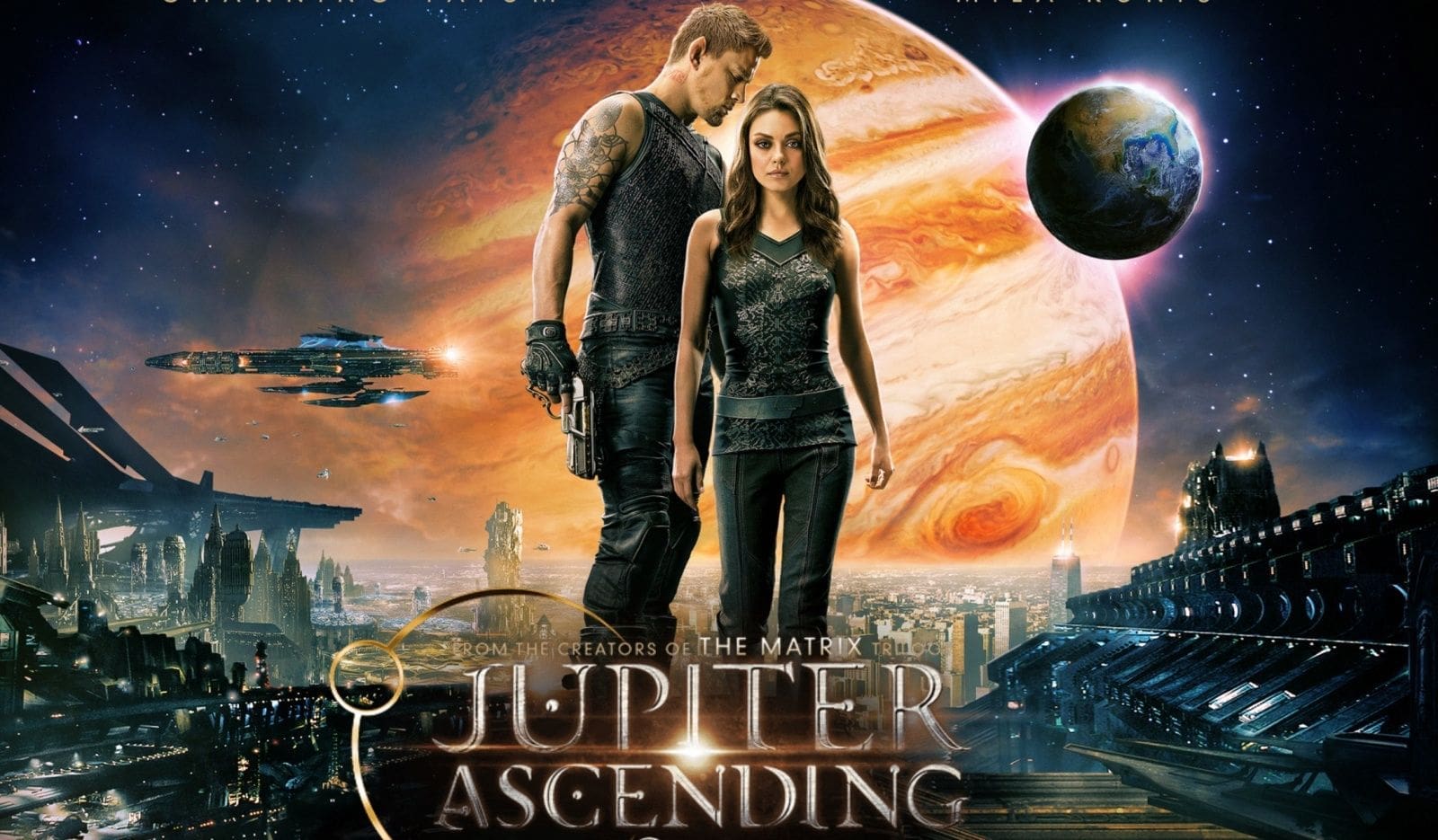 Jupiter Ascending is a film directed by the Wachowskis. That’s the same sibling duo that brought you The Matrix Trilogy. No matter what you thought of The Matrix or the two sequels that followed, it’s been awhile since the Wachowskis have had a hit of the same caliber. Their latest film still doesn’t quite get there, but it’s a solid movie with fun for everyone.

The film has had a troubling production. It was initially scheduled to arrive in theaters on July 18, 2014, but one month before the film was to be released, it was delayed by Warner Bros. The company stated that the $150 million production simply needed more time for the complex CG effects required. Having viewed the film, it’s easy to believe that story as the CG effects are quite extravagant. However, it’s unusual to delay a film so close to the original release date, and that sent up a lot of red flags.

We may never know if additional CG work was the real reason for the delay, but what we do know is that this is a film that belongs in the summer blockbuster club. The story is a bit ridiculous at times, overly convenient and just plain mindless. However, it’s still a thoroughly entertaining event so long as you can shut off your brain long enough to enjoy it.

Jupiter Ascending stars Mila Kunis as the titular character, Jupiter Jones. Channing Tatum plays her counterpart, a bounty hunter-like space warrior known as Caine Wise. Caine refers to himself as a Lycan, having been created from spliced human and wolf genes. While you don’t see much skin from Kunis, you see plenty of it from Tatum as the film figures out a way to have him topless for most of the second act.

Topless Tatum aside, some of his moves in this film are far superior to anything he pulled off in Magic Mike. The combat choreography in Jupiter Ascending should instantly remind you of the fight sequences in The Matrix. No matter what you think of the film, the battles were easily the most entertaining aspect. Futuristic blasters, Star Wars-like ships, throw-backs to Back to the Future: Part 2, gravity boots and space battles the scale of those found in Ender’s Game are just a few of the highlights in the epic fights found in Jupiter Ascending.

The movie clocks in at just over two hours in length, but someone the Wachowskis figured out a way to rush through everything with little to no explanation or motive. We’re introduced to a bevy of characters, most notably the Abrasax family, headed up by Balem Abrasax (Eddie Redmayne), his brother Titus Abrasax (Douglas Booth) and their sister Kalique Abrasax (Tuppence Middleton). These three are the established royalty in the film, and we’re made to believe they rule over the galaxy, but they feel more like a bunch of rich kids who have no reason to care about anything going on in the film.

One such example of the lack of depth in these characters is the fact that the movie centers around who possesses the Earth. While we won’t spoil anything here, the Earth has a set value, but it’s one of many millions of worlds in the universe. It’s never established just why Earth is so important other than the fact that Balem Abrasax may lose some money. Even that is downplayed when he claims he’ll lose money before giving up the Earth… which he only wants so that he can make money. Confused yet?

We could tear apart the story all day, but we’ll just say it doesn’t make a lot of sense, doesn’t explain hardly anything, and is so convenient that you may find yourself with a puzzled look more than once throughout the film. In fact, the convenience of the events in the movie are probably the biggest downfall here. Everything happens in perfect sequence at the perfect time to make sure the story can continue without skipping a beat. One moment a character displays extreme intelligence, then a minute later they’re making a brash and incomprehensible decision that just happens to benefit the story tremendously.

Problems with the story aside, the film is still very entertaining if you’re looking for mindless fun. Imagine Star Wars if it were directed and scripted by Michael Bay and you’ll have a reasonable idea of what to expect here. Tatum and Kunis play their parts well, and while the Abrasax family can be a bit overdramatic, the actors run with that and somehow make it work for them. You probably won’t need to see this more than once, and if you skip it in theaters you won’t be missing out on much, but it is a fun film that you should get around to watching eventually.

Synopsis: In a bright and colorful future, a young destitute caretaker gets targeted by a ruthless son of a powerful family that live on a planet in need of a new heir, so she travels with a genetically engineered warrior to the planet in order to stop his tyrant reign.